Lyon 2-1 Ajaccio: Lacazette has dream homecoming with goal and assist

Captain Fantastic! Alexandre Lacazette enjoys a dream homecoming as his goal and assist fires Lyon to a 2-1 win over promoted Ajaccio in a match that saw BOTH sides have players sent off

Alexandre Lacazette bagged a goal and an assist on his return to Ligue 1 as Lyon kicked off its campaign by beating newly-promoted Ajaccio 2-1 on Friday.

Lacazette, who left Arsenal to return to his former club this summer, teed up Brazilian winger Tete, who opened the scoring with a first-time effort in the 12th minute.

Tete proved a thorn in the side of the Ajaccio defence all evening. He forced goalkeeper Benjamin Leroy into an early save with a dipping long-range strike in what was a sign of things to come. 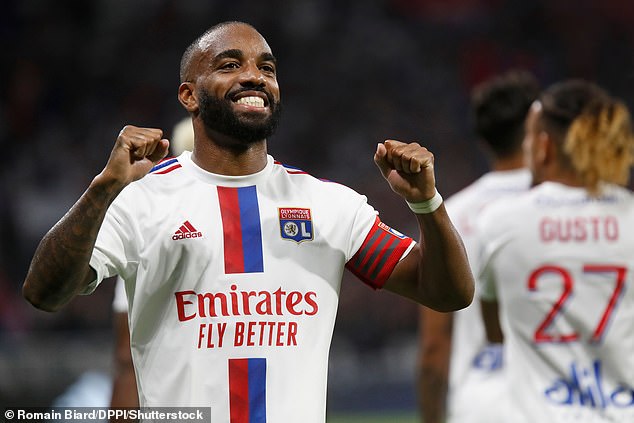 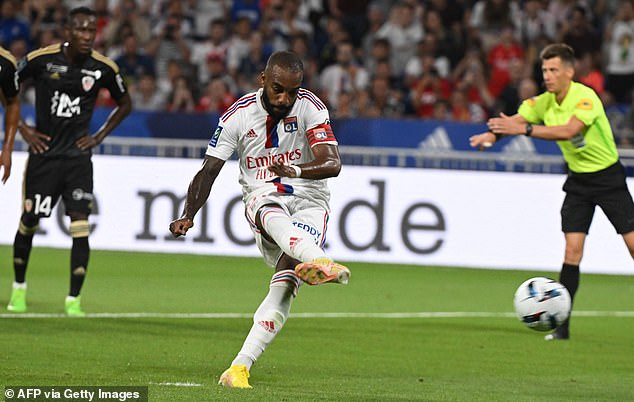 After Cedric Avinel fouled Tete, Lacazette then doubled the lead in the 22nd from the penalty spot.

Lacazette, who grew up in the Lyon academy and played for the first team from 2010-17 before a five-year stint in the English Premier League at Arsenal, rose to the occasion on a feisty evening.

The hosts got in trouble after goalkeeper Anthony Lopes was sent off in the 27th for recklessly crashing into Ajaccio forward Mounaim El Idrissy. Thomas Mangani converted the subsequent penalty to pull one back in the 31st minute to add a level of anxiety around the ground.

Ligue 1 is not necessarily known for its physicality, yet, the game suddenly became more tense and violent with Lyon down to 10. 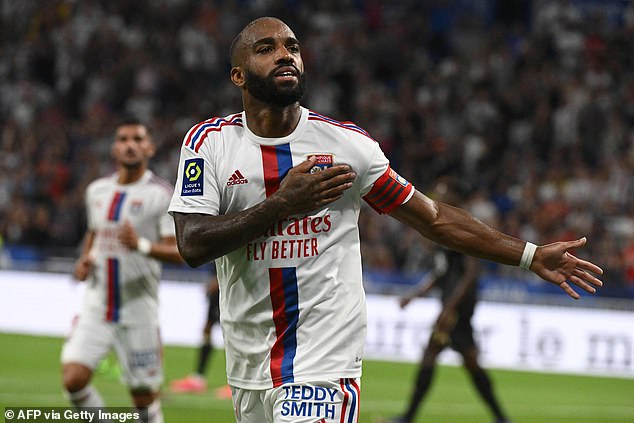 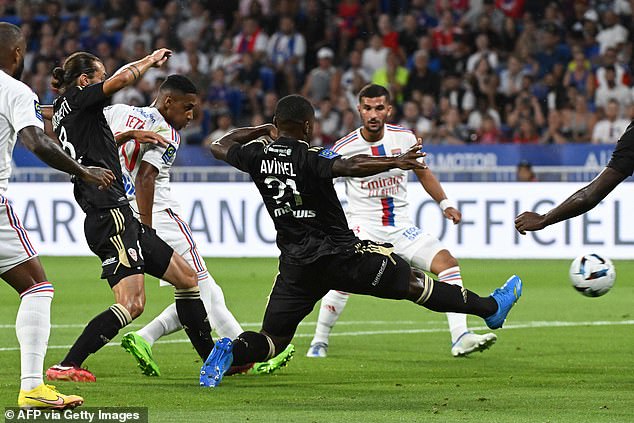 Lacazette and Ajaccio forward Romain Hamouma were booked in the 32nd minute for their involvement in a brawl after Thiago Mendes fouled El Idrissy.

On the stroke of half-time, Ajaccio also found themselves down to 10 men when Hamouma picked up a second yellow card for swinging an elbow into the face of Lucas Paqueta.

The second half was more civilised with just one yellow card in stoppage time.

‘There are still the fears of last season of getting hit on the fast break at the end of the game and dropping points,’ Lacazette said about his team’s average performance in the second half.

‘We are not very confident yet in the game to win and play comfortably until the end.’

He added: ‘It was nice to score.

‘I tried to involve my team-mates as much as possible.

‘The red card had to be ignored.

‘We gave our all. We have a good base from which to build.’ 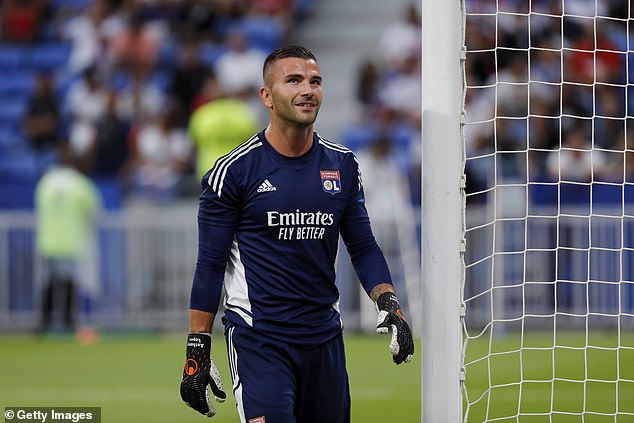 Manager Peter Bosz added: ‘We started this game well. We saw our qualities on display.

‘Even a man down, in defence, things were not bad. We also saw some good combinations.

‘At half-time, I said we had to score again but I think we managed the lead in the second half.’