Luton 1-0 Reading: Nathan Jones' side seal their place in play-offs

Luton 1-0 Reading: Nathan Jones’ side seal their place in the Championship play-offs with the club dreaming of the Premier League just eight years after they were playing non-league football

Luton Town were a non-league club eight years ago but the goal that took them three games away from the Premier League came after some comical Sunday League goalkeeping.

‘Did you see the goal? No, neither did I,’ was the talk of the terraces at half-time. Neither did Sky Sports, busy showing replays of missed Luton chances.

But whether fans saw it or not, Harry Cornick’s goal will go down in Hatters folklore as one that edged little old Luton Town closer to the glitz and glamour of the world’s richest league. 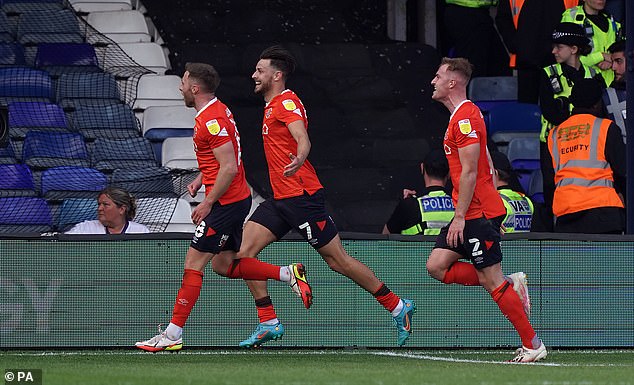 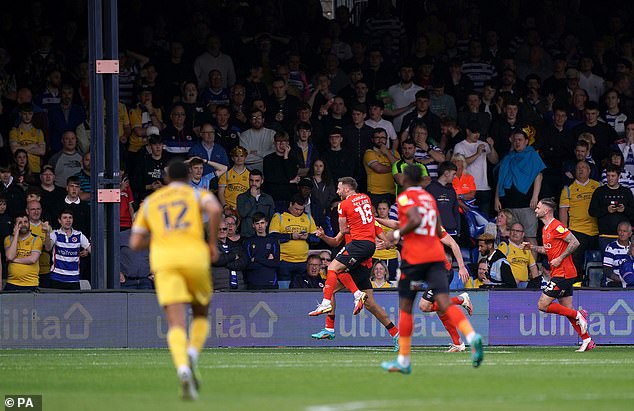 Reading keeper Orjan Nyland had the ball in his grasp and placed it on the floor, about to launch it up field to see his team go into the break level.

Cornick had lingered – hid, almost – behind Nyland’s goal and as the Norwegian placed it down, the striker nipped in, stole the ball and easily slotted home.

And with news spreading of seventh-placed Middlesbrough’s demise at Preston, a play-off spot was all but confirmed.

What a remarkable story this is. The club’s rise has come at a pace that fans would scarcely believe if they had not plummeted down the leagues at a similar rate.

Ten years ago to the day, they tussled with Wrexham in the National League play-offs but ultimately missed out, as they did four times before finally cracking promotion at a fifth try.

Young boss and former player Nathan Jones was headhunted from Brighton’s coaching team and has been the face of their rise to the Championship across two stints at the club, with help from trusted lieutenant and club legend Mick Harford as well as Graeme Jones along the way.

Jones was voted the league’s manager of the season among a strong field including Steve Cooper’s well-documented heroics and Marco Silva’s multiple smashed records.

That is illustrative of how Luton’s position is no fluke. They have made Kenilworth Road a fortress and have shown resilience to battle back from setbacks.

They did just that here. Let’s not forget they were smashed 7-0 by champions Fulham on Monday, a scoreline which could have easily crept into double figures.

Jones’ side had not lost back-to-back games since November, and have followed up every loss since then with a win. That trend never looked in doubt of continuing. 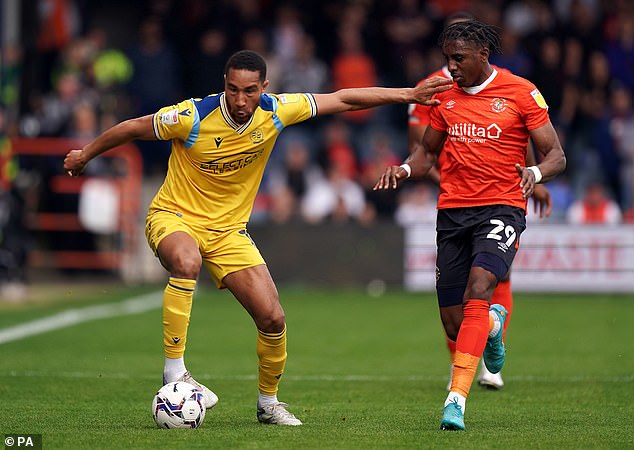 After 30 seconds, Jordan Clark twice won possession high up the pitch and threaded Cameron Jerome through on goal, but the veteran forward shot straight at Nyland.

Luton’s dominance continued and, as the clock ticked towards half-time, one wondered if their missed chances would haunt them.

But then Nyland ignored rule number one of the goalkeepers’ guidebook – check behind you when placing the ball down – and Cornick comfortably slotted home.

Jerome rattled the crossbar in the second half as Luton continued to press for a second but Reading defended well.

Three points would have guaranteed top six but regardless, Middlesbrough fell apart at Preston and Millwall finally caved in at Bournemouth, meaning the score here was irrelevant.

Luton haven’t been in the top flight since 1992. Their historic stadium is a throwback to that era. The atmosphere here was electric, as 10,070 fans roared their team on to the win.

Next up here is Huddersfield on Friday night in the first leg of the play-offs which they enter as the outside chance.

But given their history of punching above their weight, underestimate Luton Town at your peril. 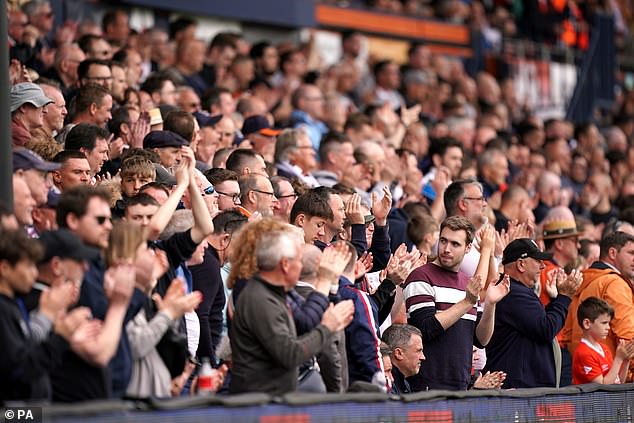