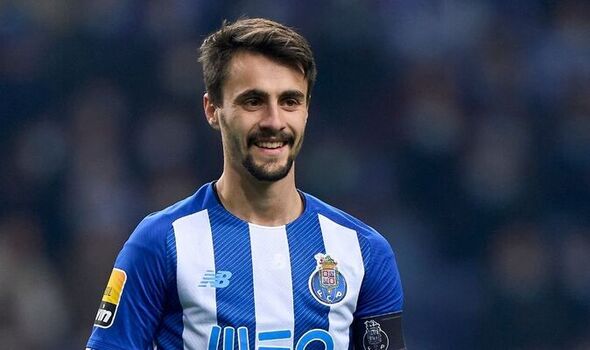 Liverpool have reportedly secured first refusal on Porto attacking midfielder Fabio Vieira, less than four months after signing Luis Diaz from the Portuguese giants. It’s claimed the Reds have successfully struck an agreement with the Portuguese side that will see them get first dibs on the 21-year-old, should he look set to leave the Estadio do Dragao.

Liverpool have a clear eye for young talent having already moved to sign Fulham’s Fabio Carvalho ahead of the summer transfer window.

The 19-year-old is heading to Anfield from Craven Cottage after helping Marco Silva’s side win the Championship title.

But now his compatriot Vieira could also be set to follow with the Reds now interested in a move for the playmaker, who has six goals and 13 assists in the Primeira Liga this season.

According to The Daily Mirror, Liverpool will now get the chance to sign Vieira first, should he be made available by Porto.

The Portugal Under-21 captain could be set to earn his side another payday.

Vieira’s contract is said to contain a release clause worth £12.7million – meaning a deal is very much within reach should Liverpool want it.

Buying clubs would allegedly need to agree performance-related add-ons as part of the package.

Liverpool have a great relationship with Porto following the Diaz deal in January.

Other Premier League clubs including West Ham and Tottenham tried to negotiate for the player but Liverpool were smooth during negotiations.

They did not take long to agree a fee and Diaz has since won two trophies in his opening four months at the helm.

The Colombian turned in a man-of-the-match performance for the Reds on Saturday as Liverpool beat Chelsea 5-4 on penalties at Wembley.

Liverpool are also looking to wrap up a deal for Aberdeen right-back Calvin Ramsay.

The 18-year-old could replace Neco Williams, who is wanted by Fulham following an impressive loan spell.

Ramsay could cost up to £6m with Leeds also in the running for the full-back.

Plenty of players could leave Liverpool this summer also with Divock Origi now close to joining AC Milan on a free transfer.

Takumi Minamino and Alex Oxlade-Chamberlain are also facing uncertain futures at the club.