Liverpool boss Jurgen Klopp fielded a strong line-up to face Aston Villa’s makeshift team for their FA Cup third round tie and rival fans couldn’t hide their smiles as the two sides went in at half-time with the score at 1-1. Villa’s entire first team squad were forced to self isolate this week after a significant number of staff and players tested positive for coronavirus.

It raised doubts over whether the game against Liverpool on Friday evening would go ahead, but it was later announced that Villa would instead field a team of academy players.

Mark Delaney, who has been at Villa for over 20 years, was given the chance to take charge of the game.

And he named a starting line-up consisting of seven under-23 players and four from the under-18s.

Klopp meanwhile named a team accustom to one he may select in a Premier League fixture with the likes of Sadio Mane, Mohamed Salah, Jordan Henderson and Fabinho all starting.

JUST IN: Man Utd, Liverpool and Arsenal should cash in on Barcelona fire sale 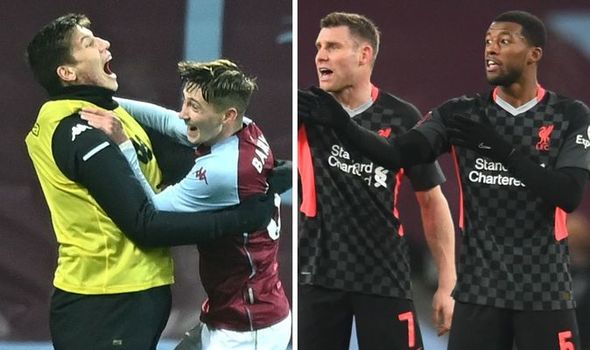 It wasn’t a case of asking whether or not Liverpool would win ahead of the game, but by how big of a margin.

And the game looked to be heading in that direction when Mane gave the Reds the lead inside four minutes.

Liverpool dominated possession throughout the first half, but Villa’s young stars soon began to grow in confidence as they held the Premier League champions at bay.

And they caught Liverpool napping just minutes before the break when Louie Barry beat the offside trap to race through on goal before neatly finishing into the bottom corner.

He raced off into the corner to join in some jubilant celebrations with his fellow academy team-mates.

Liverpool players could be seen arguing among themselves with James Milner berating the forward players.

And Liverpool’s dismal first-half performance was music to the ears of their rival club’s supporters. 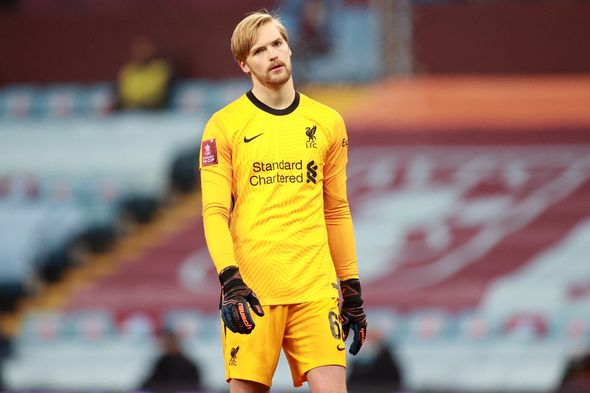 A United fan mockingly wrote: “LET’S ALL LAUGH AT LIVERPOOL.”

Another rival supporter posted: “Beyond embarrassing.”

A third tweeted: “Smallest club in Merseyside for a reason.”