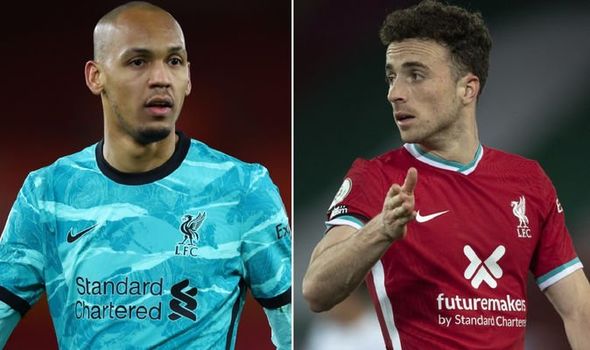 Diogo Jota will return to Liverpool first-team training this week according to reports, while Fabinho is also said to be nearing a return. The return of the duo will be welcome news to Jurgen Klopp who is awaiting the results of a scan Jordan Henderson has had on his groin after the Liverpool captain was forced off against Everton at the weekend.

The Reds have been decimated by injuries this term and currently are without the three natural centre-backs they started the season with as well as their two midfield stand-ins.

And the midfielder, who has played at centre-back in recent months due to the club’s injury crisis, will soon learn the extent of his groin injury after undergoing a scan on Monday.

It has been suggested that Liverpool could be without the 30-year-old for their next five fixtures across the Premier League and the Champions League. 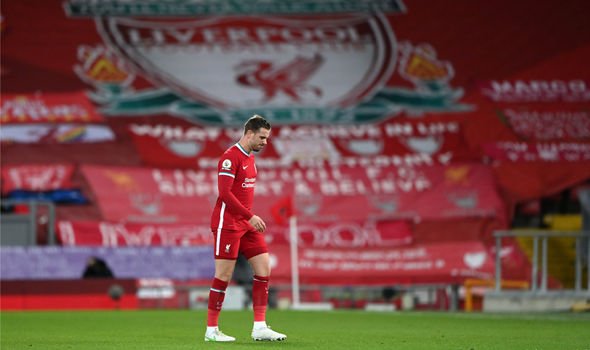 Summer signing Jota meanwhile had arguably been the reigning champions’ best player pre-injury, scoring nine times in 17 appearances including five in nine in the league.

He has not played since picking up a knee injury against Midtjylland on December 9, missing Liverpool’s last 14 league games.

Klopp’s side have only won two of their last 11 to slide out down the league table, falling out of title contention and into a fierce battle for Champions League qualification.

Elsewhere after missing three league games with a muscle injury, Fabinho returned to partner Henderson at the back in the 4-1 Anfield loss to leaders Manchester City.

But he suffered a recurrence of his injury in that match and has since missed the top-flight defeats to Leicester and Everton as well as the Champiomns League last 16 first leg over RB Leipzig since. 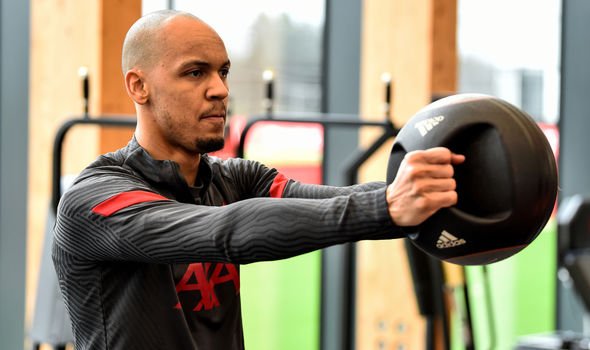 Yet The Times say Fabinho is stepping up his return although it is unclear whether he will be fit enough to face Sheffield United on Sunday.

In more good news for the out-of-form Reds, Jota is almost back in contention after nearly three months on the sidelines.

According to The Telegraph, the former Wolves attacker will return to first-team training this Wednesday.

While it is unlikely he will face the Blades at the weekend, he could take on Chelsea at Anfield a week on Thursday.

The Telegraph say Klopp wants Jota to have several training sessions to prove his fitness before he throws him back into the action.

Jota has been working hard with physio Chris Morgan and it is said his return comes faster than anticipated by the Merseyside outfit. 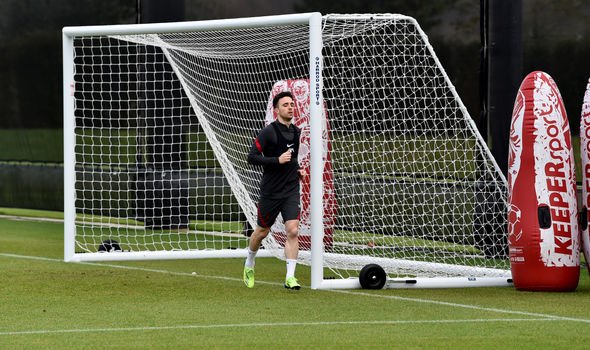 Liverpool will need Jota to quickly rediscover his goalscoring form having only netted one goal in open play in their last six home matches.

They have only scored eight times in 11 league games since beating Crystal Palace 7-0 at Selhurst Park on December 19.

The loss of Jota has been felt greatly with Salah, the Premier League’s top goalscorer, carrying the burden in the final third with Sadio Mane and Roberto Firmino struggling for consistent form.

Henderson’s absence will also be felt however with the skipper having deputised well in defence. It was hoped he might return to midfield once Fabinho got back fit, allowing the Brazilian to partner January addition Ozan Kabak in defence.

In the meantime, Nat Phillips could partner Kabak at Bramall Lane this weekend while Ben Davies, signed from Preston for £2million in January, is an alternative option.