‘Great time for new contract negotiations?’: Liverpool fans go wild as Mo Salah and his agent are pictured with sporting director Michael Edwards – and his replacement Julian Ward – at dinner in London

Mohamed Salah has sent Liverpool fans into a frenzy after being pictured at a London awards dinner alongside his agent and the Reds’ sporting directors.

Salah is currently stalling on signing a new contract at Anfield with his current deal set to expire in June 2023, as the club desperately try to tie him down to improved terms and he angles for the best possible salary.

The Egyptian attended the Football Writers’ Association awards on Thursday night, where he picked up the gong for men’s footballer of the year, and was spotted sitting alongside some of the Anfield hierarchy, leading to plenty of speculation from fans. 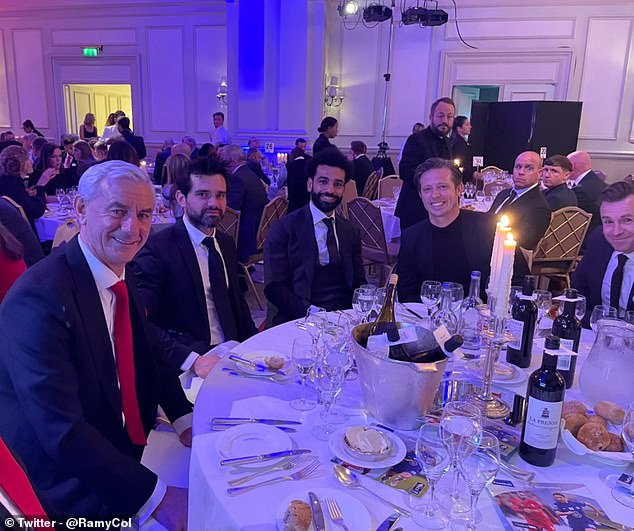 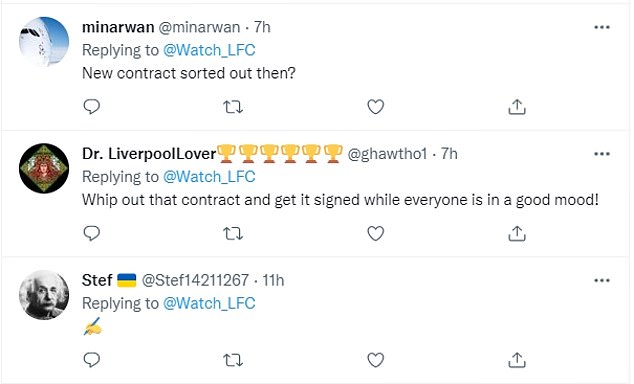 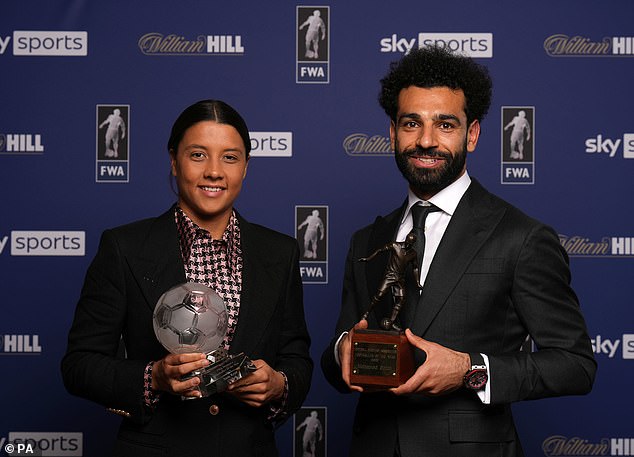 Salah (R) is pictured with his award, alongside Chelsea’s Sam Kerr, who also won the top gong

One wrote ‘great time for some contract negotiations?’, in the hope that current sporting director Michael Edwards, and his summer replacement Julian Ward, were able to engage in further talks with the player and his agent over dinner.

Another fan took to Twitter to urge: ‘Whip out that contract and get it signed while everyone is in a good mood!’, and one Reds fan said: ‘Sign that contract, Mo!’

Salah is widely regarded as one of the best players in world football, but his contract situation at Liverpool has reached a difficult position in which neither side can agree a deal that satisfies all parties.

This season, the forward is the Premier League’s top scorer with 22 goals and is keen to secure a salary that reflects his position at the top.

Liverpool, meanwhile, are keen to tie him down and are willing to raise his salary, but are also wary of smashing a wage structure that has been so successful for so many years.

Jurgen Klopp’s side could yet win the quadruple this season, with FA Cup and Champions League finals to add to their already-secured Carabao Cup. 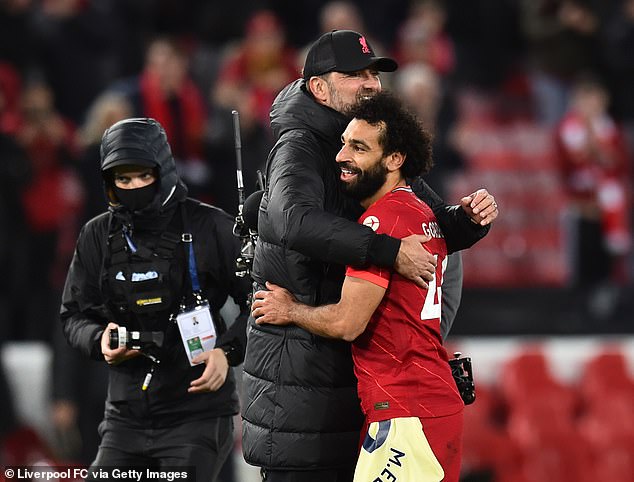 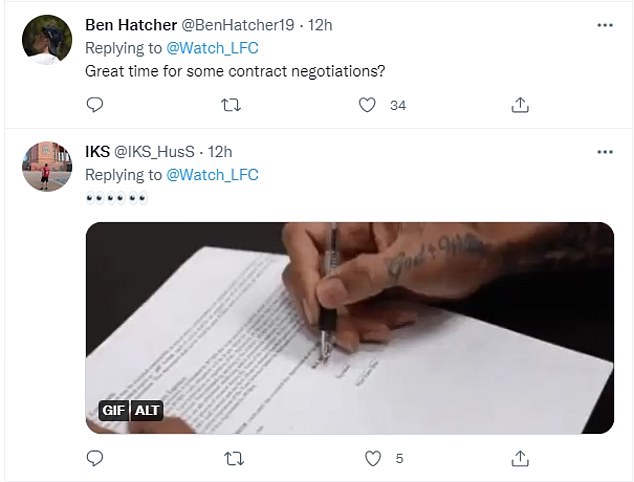 In the league, they are a single point behind rivals Manchester City and hunting them down with just four matches to go.

It is the second time Salah has been recognised, having won the award in 2018.