Liverpool have completed the signing of Ibrahima Konate from RB Leipzig in a deal worth £36million. The club reportedly made the move due to their desire to play Fabinho in the middle of midfield.

Fabinho has been one of Liverpool’s standout players this season.

The Brazilian ace started off the campaign in the middle of the park, his usual position.

But after injuries suffered by Virgil van Dijk, Joe Gomez and Joel Matip, he was forced to move back and play as a central defender.

He did so brilliantly, and played alongside both Rhys Williams and Nat Phillips. 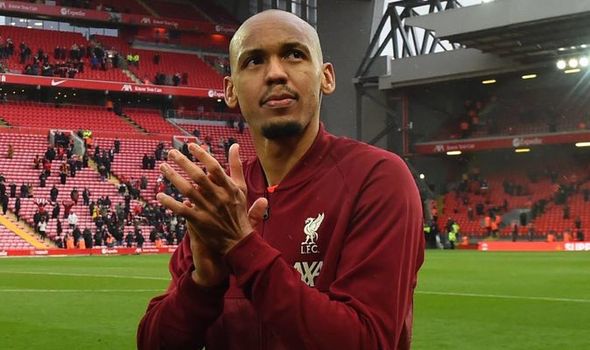 But he returned late in the season, with Williams and Phillips playing as a central defensive partnership.

And Fabinho’s return to the middle of midfield sparked an uptake in the team’s form.

He usually played alongside either Thiago Alcantara and Georginio Wijnaldum, and since returning to midfield Liverpool’s performance levels have improved drastically.

Liverpool managed to sneak into the top four and finish in third place in the Premier League due in no small part to Fabinho’s performances in midfield.

And it seems Anfield chiefs are eager to keep him there, as The Athletic reports Liverpool coaches are eager to avoid having to play him at the back next year.

It’s been claimed that Liverpool will keep Ben Davies, Williams and Phillips around next season despite being behind the likes of Van Dijk, Gomez and Matip in the pecking order.

The arrival of Konate means the Reds should have sufficient options at the back, should they suffer a repeat of their devastating injury nightmare from last season.

At just 22, Konate is seen as one for the future as well as being an immediate first-team star. 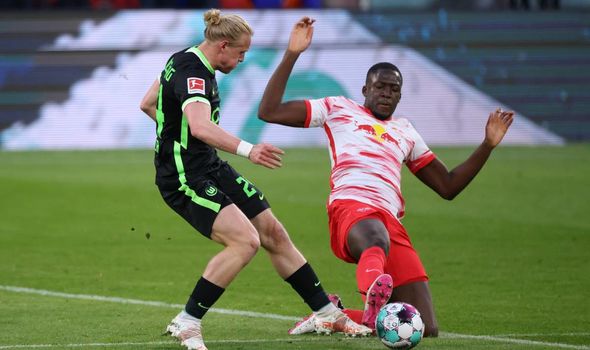 And Jurgen Klopp explained to the club website that he believes Konate will be a great signing for the team.

He said: “After the problems we had with injuries in the centre-half position last season, there’s no doubt it was clear it was an area of the team we needed to strengthen – but I first have to say that the job Nat, Rhys and Ozan did was incredible. Unbelievable really.

“In Ibrahima we are signing a player who will add to the quality we already have here.

“His physical attributes are very impressive; he is quick, he is very strong and he is dominant in the air.”