Liverpool have thanked cult hero Divock Origi for an ‘incredible eight years’, confirming that the Belgian forward is leaving the club.

The free agent spoke about his intention to leave towards the end of the season and his impending departure was verified by the Reds.

Origi, along with Loris Karius and Ben Woodburn, was on a list of players leaving that Liverpool published online on Thursday morning. 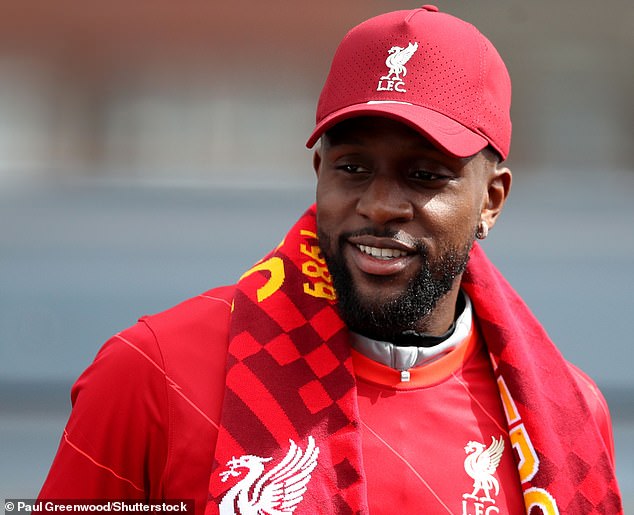 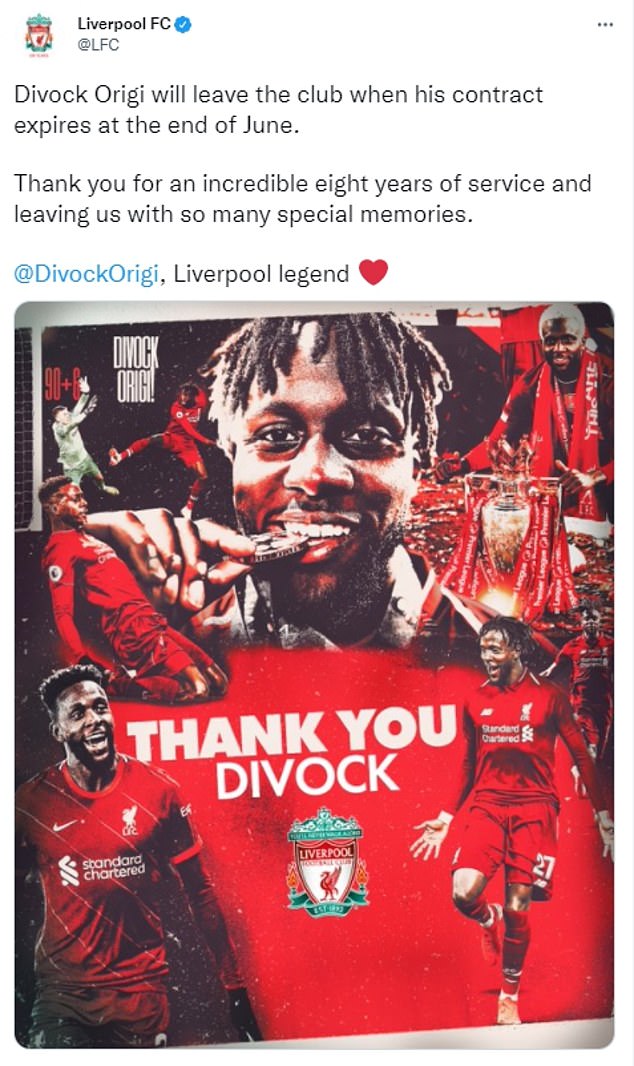 And they posted a special farewell message on social media, writing: ‘Divock Origi will leave the club when his contract expires at the end of June.

‘Thank you for an incredible eight years of service and leaving us with so many special memories. Divock Origi, Liverpool legend.’

The club also posted a video montage of Origi’s best moments in a Liverpool shirt.

‘I will miss these boys a lot,’ Origi said after Liverpool celebrated this season’s Carabao Cup and FA Cup triumphs.

‘I have been here eight years, but I feel my purpose is done.’ 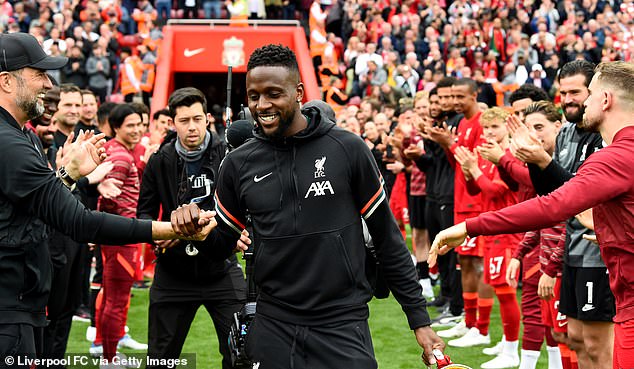 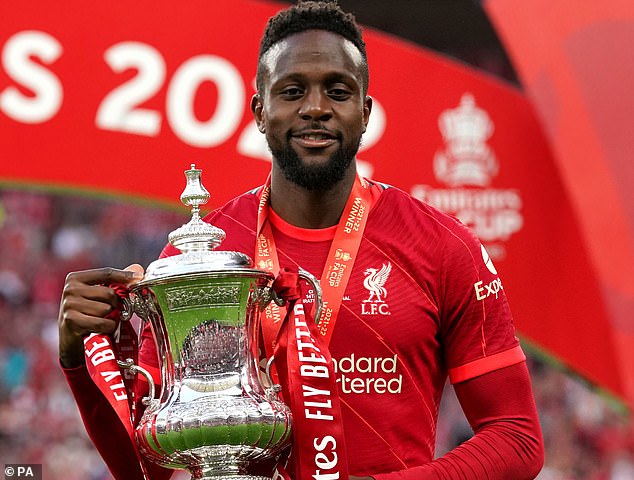 During his time at Liverpool, Origi has racked up 175 appearances across all competitions, scoring 41 goals.

However, he is likely to be remembered for the big moments that he delivered rather than his overall statistics.

The 27-year-old played a key role in Liverpool’s 2019 Champions League victory, netting a brace in his side’s improbable comeback win against Barcelona in the semi-finals, and then coming off the bench to score late in the all-English final against Tottenham.

He also has a phenomenal record in the Merseyside derby, having scored six times in 10 matches against Everton, which endeared him to fans even more.

Origi has been strongly linked to AC Milan and his exit will cause more of an outpouring of support from Liverpool fans than the departure of Karius, who will be remembered for his hapless display against Real Madrid in the 2017/18 Champions League final defeat. 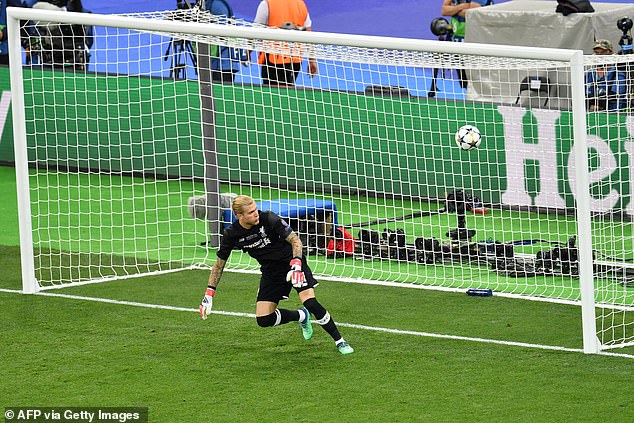 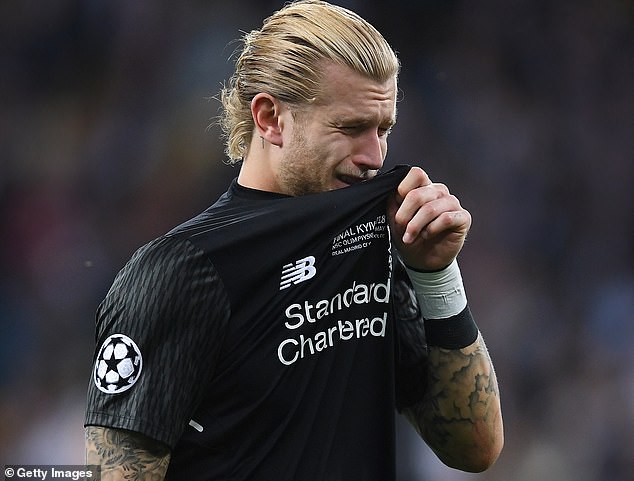 He was subsequently ruled to have suffered a concussion, which Jurgen Klopp has lamented is not spoken about enough when referring to the error-strewn display.

A statement on the club’s website said: ‘Karius joined Liverpool from FSV Mainz 05 in the summer of 2016 and went on to play 49 games under Klopp during his first two seasons on Merseyside.

‘He started every Champions League match in 2017-18 as Klopp’s men surged to the final in Kyiv, though it would end in personal and collective disappointment with a 3-1 defeat by Real Madrid.

‘The German then spent time on loan with Besiktas and Union Berlin before being part of the Reds’ goalkeeping group at the AXA Training Centre during 2021-22.’ 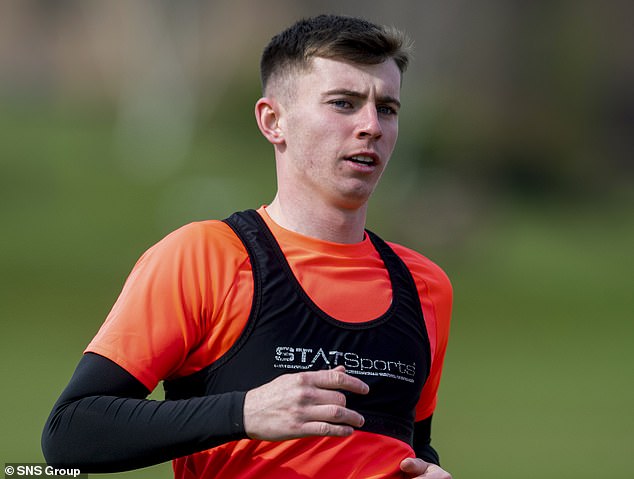