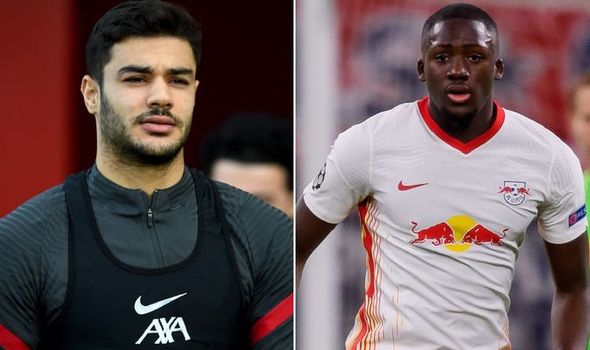 Liverpool owners Fenway Sports Group are ready to buy both Ibrahima Konate and Ozan Kabak to beef up Jurgen Klopp’s back-line for next season, according to reports.

The Reds are closing in on a deal for RB Leipzig centre-back Konate having agreed personal terms on a five-year contract.

And it is thought the highly-rated France international’s arrival could cost up to £34million.

The 21-year-old is one of Europe’s most exciting young defenders and Liverpool believe he is the perfect fit to strengthen their options next term.

The Sunday World say a move is at an advanced stage but that Konate’s acquisition does not spell bad news for the on-loan Kabak.

The Turk was recruited in the January transfer window as Liverpool sought mid-season assistance with Virgil van Dijk and Joe Gomez out for the season.

Joel Matip then joined them on the sidelines, with Kabak signed on loan and Ben Davies also bought from Preston for below £2m to help give Klopp some natural centre-halves to pick from to save asking Fabinho and Jordan Henderson to play at the back. 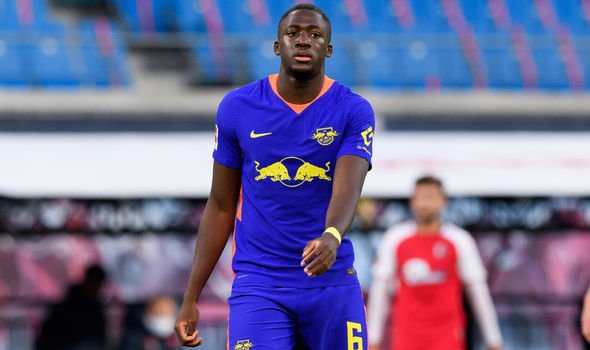 Fabinho has been relied upon again at centre-back of late however with Nat Phillips picking up an injury and Davies still yet to make his Anfield debut.

But despite Liverpool’s struggles in 2021, with Champions League qualification looking unlikely, Kabak has impressed with his individual performances.

Despite only turning 21 last month and being thrown straight in at the deep end, the young defender has impressed on the ball and in the air and has displayed the potential to be a long-term centre-back option under Klopp.

Kabak can be bought permanently from Schalke for as little as £18m thanks to a clause in the loan deal agreed in January, and the Sunday World say Liverpool are looking to sign both the Turkish international and Konate.

They say sources in Germany expect Kabak to sign for the soon-to-be-dethroned Premier League champions at the end of his loan spell.

Liverpool do not need to activate the option to sign the player permanently until June, giving them time to raise some extra cash with the club’s finances strained. 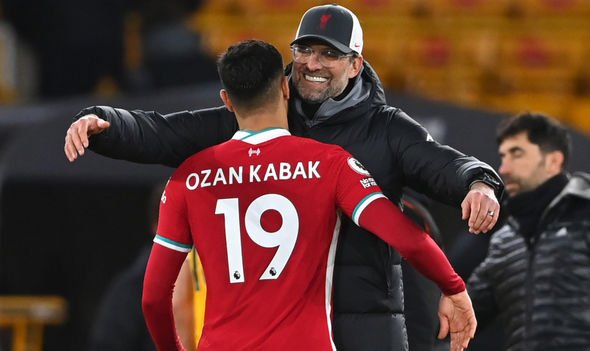 Klopp would no doubt be delighted with the arrival of both players given it would allow for greater rotation, while it would crucially ease the pressure on Van Dijk and Gomez to immediately rediscover peak form once they return.

Signing both Kabak and Konate would give Liverpool five high-level centre-back options with the two newcomers as well as Van Dijk, Gomez and Matip.

It is unclear what will happen with Phillips while Davies could leave without making an appearance and Rhys Williams looks likely to go out on loan.

The Cameroonian’s future is likely to become the subject of speculation although he’s under contract until 2024, though, due to his dreadful injury record on Merseyside.

Liverpool legend John Aldridge would be delighted to see both Konate and Kabak in Klopp’s squad next season.

And the former striker thinks Matip could be a casualty, but also believes Phillips – the 24-year-old deputy who has made 15 appearances this term and has impressed – could be the subject of offers.

Aldridge told the Sunday World: “It will be interesting to see whether the owners look to spend some money this summer in a bid to get the fans back on side after the Super League nightmare.

“It looks like Konate is coming in and they should also sign Kabak. He is 21, has settled well at Anfield and could be a player to develop in the next couple of years.

“When Virgil van Dijk returns, a lot of Liverpool’s defensive problems will be solved and Konate and Kabak would be good potential partners for him.

“I’d expect Joel Matip to leave this summer and there might even be interest in Nat Phillips after his effort this season, so Liverpool will need a couple of new defenders.”

They trail fourth-placed Chelsea by four points with just five games to go and will have to hope the Blues become distracted by their Champions League semi-final duel with Real Madrid.