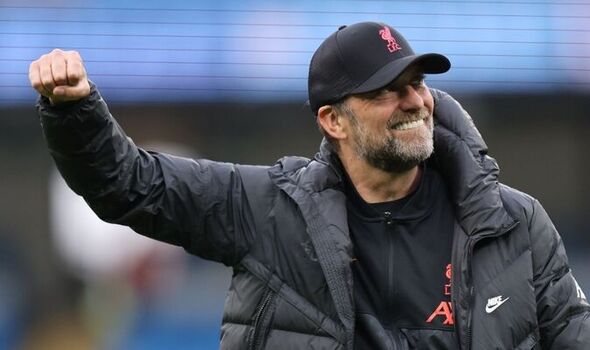 Jurgen Klopp has today put pen to paper on a new lucrative contract with Liverpool that will see him extend his stay with the club until the summer of 2026, according to reports. The German has been very reluctant to speak publicly about his future and the prospect of him staying at Anfield beyond his previous deal, which was due to run until 2024.

Klopp arrived on Merseyside in October 2015 to replace Brendan Rodgers and he has since gone on to win both the Champions League and Premier League with the Reds.

Now The Athletic are reporting that Klopp has signed on the dotted line – committing his future to Liverpool for a further two seasons.

He was expected to take a sabbatical from the game at the end of the 2023/24 season but now he’s hungry for more silverware.

Liverpool remain on course for a historic quadruple with just seven – potentially eight matches to play.

The Reds have already ticked off the Carabao Cup following a penalty-shootout triumph over Chelsea at Wembley in February.

Klopp’s men will do battle with Chelsea for a second time in just over two weeks for the FA Cup after beating Manchester City 3-2 in the semi-final.

Pep Guardiola’s side ultimately hold the key to any clean sheep though with City currently top of the Premier League by a single point.

Should Liverpool successfully see off Villarreal (2-0 up on aggregate) in Spain next week, they will also book their place in their third Champions League final under Klopp.

Mike Gordon, who is the president of Fenway Sports Group, was spotted at Anfield on Wednesday night as the Reds took a step towards the final in Paris.

A few rows back was Klopp’s agent – Marc Kosicke – who was also watching the game.

It’s understood all parties successfully struck a deal on Thursday with a formal announcement seemingly only a matter of time.