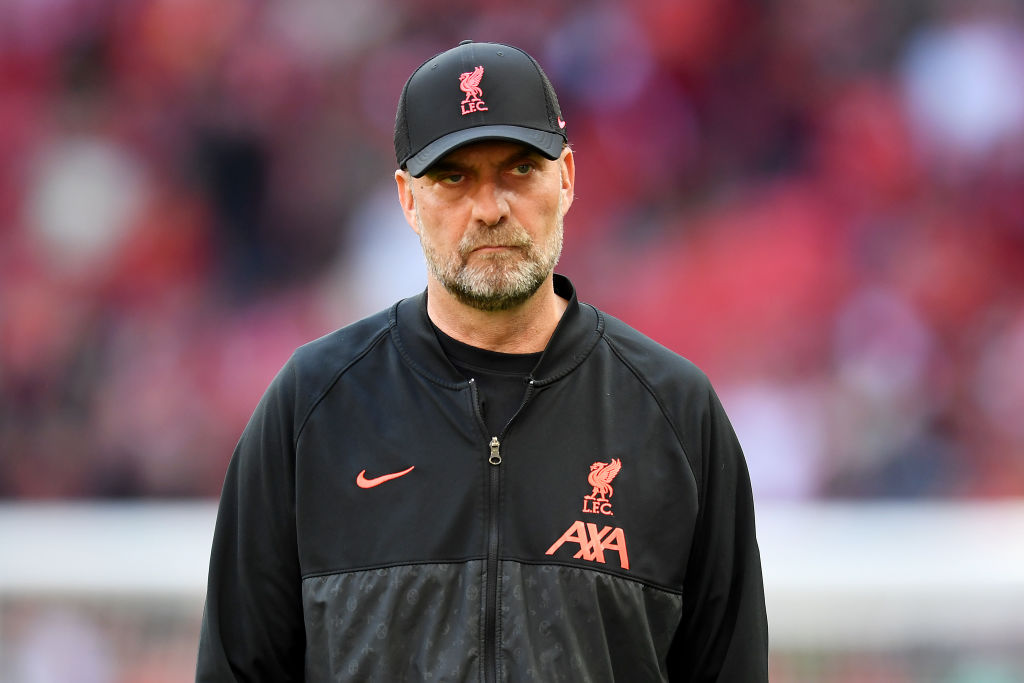 Jurgen Klopp cannot see Manchester City failing to beat Aston Villa in their final game of the Premier League season, admitting that it is very unlikely that his Liverpool side will manage to win the title.

The Reds go to Southampton on Tuesday night in their penultimate league match of the campaign, knowing that a victory will put them just one point behind City at the top of the table.

A win at St Mary’s would take the Premier League title race down to the final day, but it would leave Liverpool needing to win at home to Wolves and hope that City slip up at home to Villa.

Klopp admits that this is unlikely, especially with Aston Villa having to play Burnley on Thursday before going to the Etihad on Sunday.

The German also cannot see Pep Guardiola’s men slipping up in two games on the spin, after coming from behind to draw 2-2 with West Ham on Sunday.

‘I don’t know when the last time City dropped points two games in a row, historically,’ Klopp told a press conference on Monday.

‘So, Aston Villa has to play in midweek [against Burnley], I’m sure they’re not used to that and as much as I’m sure they are professionals and these kind of things, they want to go at City, but City is a pretty good football team.

‘I don’t expect City to drop points there. But it has no influence on our game for tomorrow.

‘In our ideal world we go to the last match day one point behind, from today’s point of view that would be the perfect scenario and that’s what we try to do.’

If Liverpool lose at Southampton on Tuesday then the title race is over and City will be crowned champions, while a draw would come very close to handing the trophy to the defending champions.

If Liverpool only return from the south coast with a point they will be three points behind City going into the last game, while also seven behind on goal difference, leaving them needing a quite ridiculous turn of events to see them crowned champions.

Klopp was also right that City very rarely drop points in two league games on the bounce, with this last happening in December 2020 with back-to-back draws against Manchester United and West Brom.