Liverpool will block any attempt from Naby Keita to leave the club in the current transfer window and are planning further talks to extend his contract, according to reports. Speculation had surfaced in Germany suggesting that Keita could leave the title challengers due to a lack of first-team action under Jurgen Klopp.

Reports from Sky Germany’s Florian Plettenberg claimed Keita is ‘unhappy’ with his situation at Anfield, to the extent that the Guinean had decided to halt talks over a contract extension with the Reds. That was significant as the 27-year-old has less than 12 months left on his current deal.

A return to RB Leipzig, some four years after leaving Germany for the Premier League, had been mooted for Keita. However, Goal report that the Merseyside outfit are keen to retain Keita’s services for the start of the season and are not planning a sale.

It is believed talks will take place between the midfielder and Klopp to determine what the future holds for him at Liverpool, regardless of the status of Alex Oxlade-Chamberlain’s future at the club. 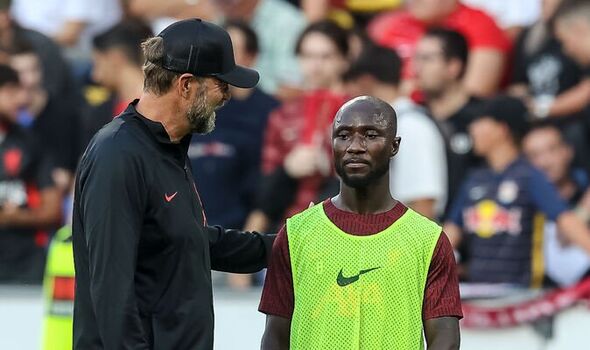 But Liverpool are hoping to keep Keita out of the clutches of other European clubs, despite allowing his contract to run down without a renewal. The club are planning to offer the £65m man a new deal, although it remains to be seen whether he would pen an extension.

He has seen his game time reduced significantly since the arrival of Thiago Alcantara in 2020, with the Spaniard preferred as a third man alongside Jordan Henderson and Fabinho in Klopp’s never-changing midfield three setup.

Keita made 40 appearances in all competitions for the Reds last season, scoring four goals in total for the club. However, only 23 of those came in the Premier League with just 14 starts over the 2021-22 campaign. 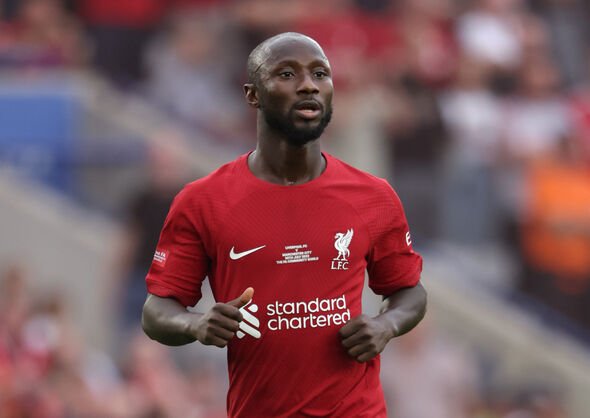 They will now run the risk of potentially seeing Keita leave on a free transfer next summer as he is able to discuss terms on a pre-contract agreement from January 1. But Klopp may view the present situation as more important than the immediate future as his injury list expands at a worrying rate.

The German tactician was forced to field a makeshift midfield of Harvey Elliott and James Milner alongside Fabinho in the 1-1 draw with Crystal Palace and it is fair to point out that there was a lack of genuine creative threat from the midfield areas in the absence of Thiago and Jordan Henderson, who came off the bench.

Keita was left on the bench as an unused substitute, although that had little to do with his contractual situation. The box-to-box midfielder had been sidelined through illness and only returned to training a few days before their first home fixture of the season and should get more opportunities to feature in the coming weeks.