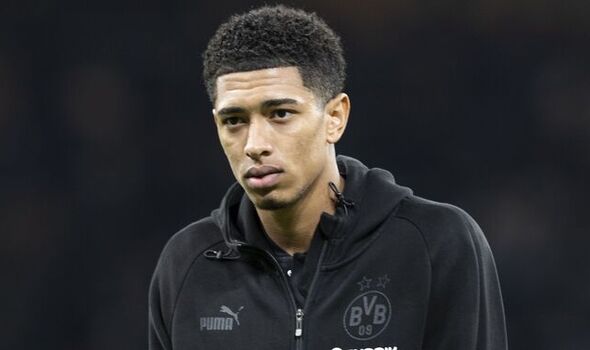 Liverpool and Manchester United have both been warned that Manchester City have the power to push them out of the running for Jude Bellingham. The Borussia Dortmund star has been linked with a move back to England at the end of the season and Gabriel Agbonlahor has given his verdict on his situation.

Bellingham has had a superb start to the season in both the Bundesliga and Champions League. At just 19 years of age, he is tipped by many to be a key starter for England in the upcoming World Cup.

United were interested in signing Bellingham before he joined Dortmund in January 2020. Liverpool have also long been linked with a move for the former Birmingham ace.

Agbonlahor reckons it is too soon for Bellingham to move to the likes of Real Madrid and would like to see him play in the Premier League first. He says Liverpool would be the best option for him but reckons City could blow both the Reds and United out of the water.

“At Liverpool he’d fit in nicely. Manchester United, Casemiro, [Bruno] Fernandes and [Christian] Eriksen look good. Yeah Bellingham would help but I think Liverpool need him the most.

“But it wouldn’t surprise me if Man City said ‘get out the way, guys’. [Ilkay] Gundogan is in his 30s and they are going to let him go.

“Bellingham, in you come. They might even let Bernardo Silva go as he wants to go to Barcelona and just say ‘get out the way Liverpool and Manchester United, we’ll have you as we’ve got the power’.”

United were in the market for a midfielder in the summer transfer window. They pursued Barcelona’s Frenkie de Jong but the Dutchman was determined to stay at the Nou Camp.

United did sign Casemiro late on, though he is a deeper-lying player than De Jong. Bellingham is now reported to be the top midfield target for the Red Devils.

However, Liverpool are also set to go all in in an attempt to sign the teenager. The Reds’ midfield options have been limited this season due to injury.

But, as Agbonlahor points out, City may well have the power to get one over their two biggest rivals and lure Bellingham to the Etihad instead.