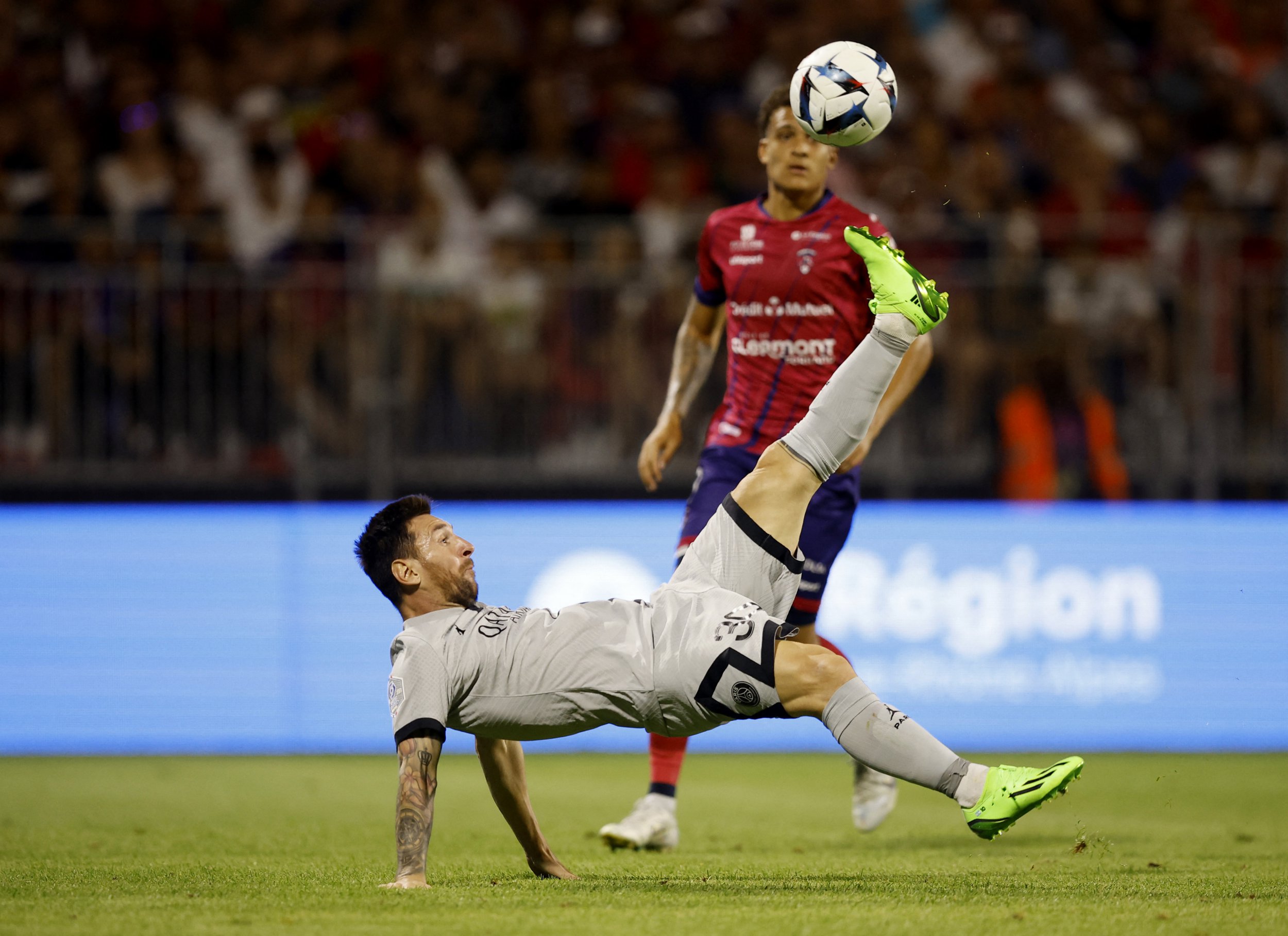 PSG cruised to their first win of the new Ligue 1 season with a 5-0 victory away to Clermont.

Neymar opened the scoring after just nine minutes, while Achraf Hakimi and Marquinhos added to PSG’s lead before the break.

Messi then scored two in the closing stages of the second half and the pick of his double was a sublime overhead kick, which even got the opposition fans on their feet to applaud.

‘It’s enough for the stadium to stand up and applaud the one who remains as one of the best players in the world and chant ‘Messi, Messi’.’

Messiâs name being chanted from the stands at the Stade Gabriel Montpied after he scored an overhead kick vs Clermont Foot ðð pic.twitter.com/PJtEDep8HH

Speaking after his side’s win, PSG head coach Christophe Galtier said of Messi: ‘I spoke with Leo during our stay in Japan and with the defensive sector as well to ensure that he can perform well all the time.

‘He has a very sharp, very clear tactical sense. He quickly sees where he has to put himself, the way he positions himself to play, he is in an area he likes. He likes to play with the players around him. When Leo smiles, the team smiles too.

‘He has been playing at a very high level for 17 years. He had a difficult season last year, he was getting used to it.

‘All seasons before, it was minimum 30 goals. From the moment he has made complete preparation, that he has his bearings in terms of his family life and his club, his team and his partners, there is no reason for him not to have a great season. When he is playing with Kylian, we will have even more offensive power.’