Now it’s Neymar’s turn for a 3/10! PSG star follows in Kylian Mbappe’s first-leg footsteps with lowly L’Equipe rating in defeat at Manchester City – as French media pan ‘CATASTROPHIC’ display and accuse him of getting ‘carried away by his emotions again’

With Kylian Mbappe on the bench, the onus was on Neymar to provide the miracle PSG needed to go through to the Champions League final, but instead the team capitulated and the Brazilian was anonymous in his attempts to shine.

Mbappe was awarded a lowly 3/10 for his first-leg performance, and Neymar has now followed that up with his own 3/10 in the second leg at the Etihad, being slammed for his woeful display. 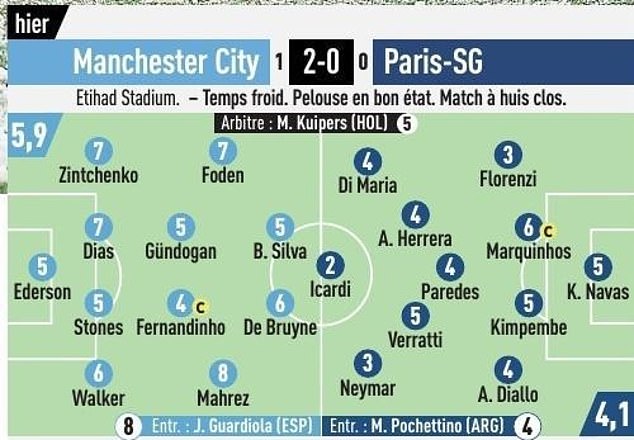 Neymar received 3/10 from notoriously hard-to-impress L’Equipe, while Mauro Icardi was 2/10 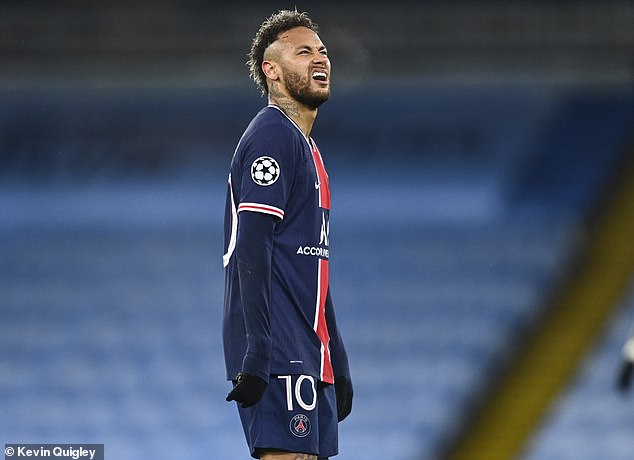 Explaining their low mark for the Brazilian, L’Equipe wrote that he was an ‘astonishing waste from the first minutes’, lamenting his constant moans to the referee and claiming that he was ‘crushed by the load’ put upon him.

‘Was it really necessary to take six touches every time he was on the ball?’ they began. ‘Neymar revealed his dark side against Manchester City. He wanted to do everything on his own.

‘The centre of the world in his own eyes, he disgusted his team-mates by serving them much too rarely… Carried away by his emotions again, Neymar was catastrophic.’

Away from Neymar, though, there was special criticism reserved for Mauro Icardi, the only player who scored lower than the Brazilian with his 2/10.

L’Equipe called him a ‘total disaster’, citing his ’13 miserable touches’ in the first half, and none in the final 20 metres of the pitch.

PSG went into the match 2-1 down on aggregate, knowing that they needed two goals to have a chance to making it to Istanbul for the final.

Despite that, they didn’t manage a single shot on target throughout the entire 90 minutes, with L’Equipe reflecting their poor performance in their damning ratings on Wednesday morning. 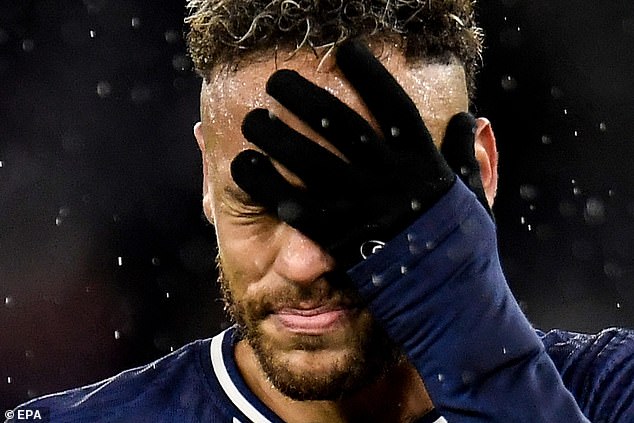 The Brazilian was an ‘astonishing waste’, ‘crushed’ by expectation, according to L’Equipe 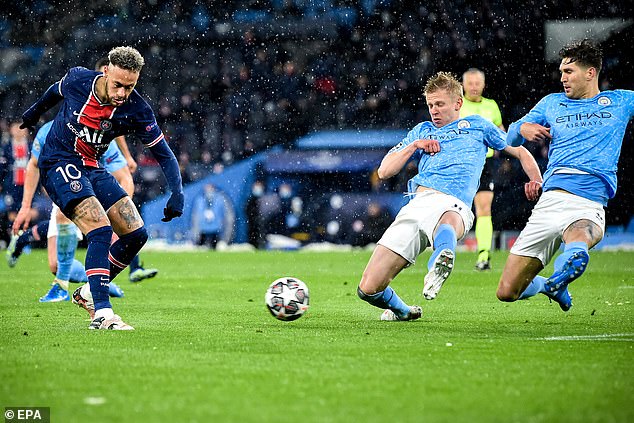 The highest mark of the entire team was the 6/10 afforded to centre back and captain Marquinhos, while Icardi was the lowest with his 2/10.

Neymar and right back Alessandro Florenzi were the next-worst with 3/10, while Ander Herrera, Angel Di Maria, Leandro Paredes and Abdou Diallo was got a measly 4/10 for their performances.

Despite City’s brilliant display, the notoriously harsh l’Equipe also handed out some 4s and 5s to Pep Guardiola’s men, the likes of Ederson, John Stones, Ilkay Gundogan and Fernandinho all scoring low.

England’s future superstar Phil Foden, meanwhile, picked up a 7/10, while the highest score of the night was reserved for Riyad Mahrez – the scorer of both goals – who netted himself a rare 8/10 from the French paper. 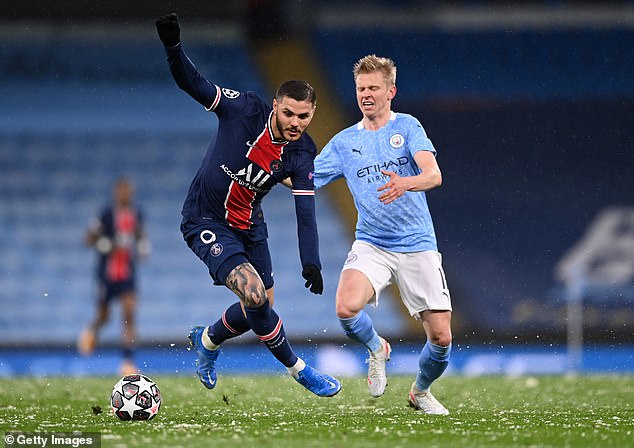 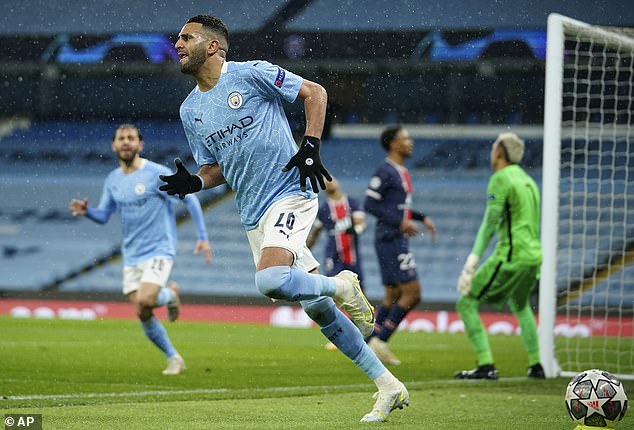 Riyad Mahrez top-scored for City, receiving an 8/10 after netting both of his side’s goals