Leicester manager Brendan Rodgers hopes Kelechi Iheanacho can continue his love affair with the FA Cup next month after firing the Foxes to the their first final in the competition since 1969 by beating Southampton at Wembley.

After Chelsea overcame Manchester City in front of empty stands in the other semi-final, 4,000 local residents – including key workers – made up England’s biggest crowd for 13 months.

A number of Leicester and Southampton fans were in attendance, with the in-form Iheanacho settling the tie by slotting home early in the second half – his 14th goal in the competition – to seal a 1-0 victory under the arch.

Rodgers said: “It’s amazing. The club have been waiting a long time to get to the final. I thought we deserved it. We defended strongly and didn’t concede any efforts on goal. 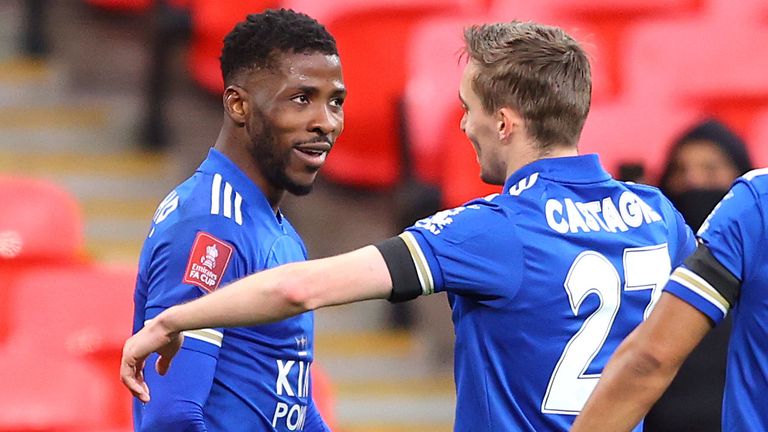 “As the game wore on we looked really bright in our attacking play and maybe should have had more than one goal. (I’m) just really pleased for everyone, the players first and foremost.

“It’s a massive achievement, but we have to be hungry and keep pushing. We’re embracing the challenge, and the players today were first class. We’re certainly not frightened by the challenge.

“It’s going to be a privilege to lead the team out in the final. It was always going to be a tight game but I felt we deserved it. We had to defend well, which we did. I’m delighted for the players as they’ve shown that they’re constantly learning.

“The performance was very composed, mature, and we got the goal that counted. I just spoke to Top [Aiyawatt Srivaddhanaprabha] and he’s absolutely over the moon. He was absolutely over-joyed. It’s the early hours of the morning over there so he’s been up all night. To be able to get to the final, I’m very happy for him.” 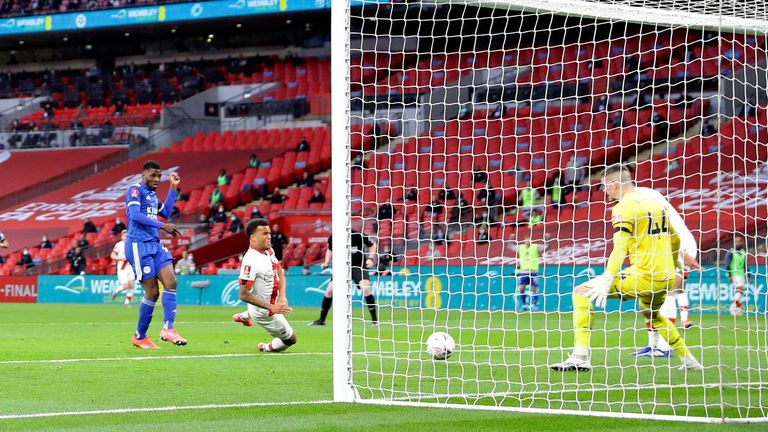 Iheanacho is the first Nigerian player to score 15 goals in all competitions in a season for a Premier League club since Odion Ighalo in 2015/16 for Watford, who scored 17, while he has now scored 10 goals in his last seven games.

In response to Iheanacho saying, “I love the FA Cup, the FA Cup loves me,” Rodgers said: “Hopefully it loves him a little bit more in the final!

“His confidence levels are very high. I thought the front two worked their socks off. They were a real threat. If he makes a mistake, he gets on with it. Whether he’s inside or outside the box, he looks like he’s going to score in every game.

“Some of his set-up play and build-up play was a bit loose today but his confidence was not affected by that. Him and Jamie [Vardy] are a real threat but it is very much a team effort. 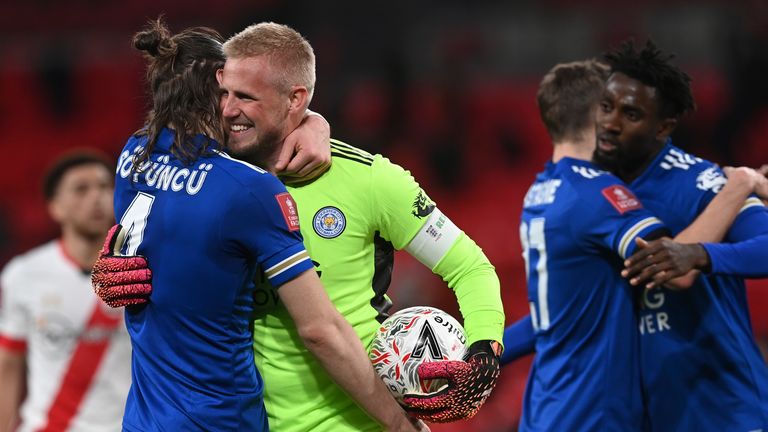 “Even though there were only 4,000 it felt great. It will be amazing when we get supporters back into stadiums. I did hear some Leicester supporters in there and it was really nice. It’s a step towards getting that connection back as the game is nothing without supporters. They add the pressure and the intensity. Hopefully, there will be a few more in next month.

“We have the chance to create history. Chelsea are a top team. You can see the level and depth of their squad. We go into the game aware of the task. Chelsea was a great club for me, and they gave me a lot in terms of my development as a reserve team coach.

“It’s be a tough game, but that is what this game is about, creating a memory. I have been made aware since I’ve been at Leicester how important this cup is for the supporters.

“When we arrived here, that was the ambition. We said we wanted to be competitive. From a football perspective we wanted to be able to compete and we have been able to do that. Now we have a trophy to genuinely go for. When you fail it is an integral part of being successful. We missed out last year, so a great credit to the players this time.” 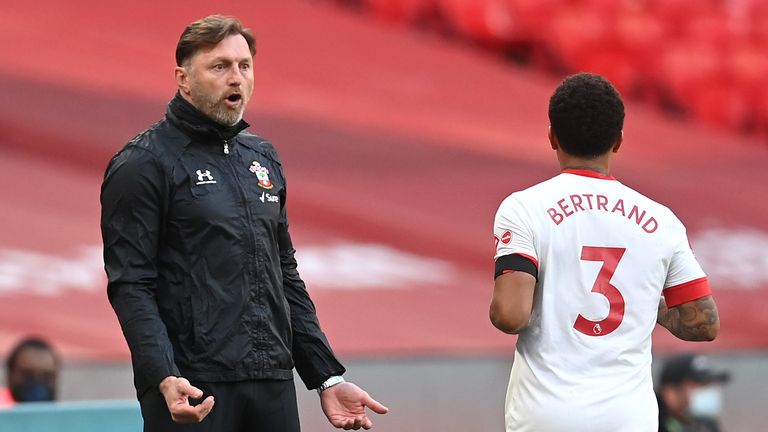 Saints created precious little, but with their dreams of replicating their 1976 triumph ending, manager Ralph Hasenhuttl could have few complaints about the result.

The Austrian said: “We tried a lot and worked a lot against the ball. The performance was absolutely OK. We saw a tight game from both teams with both sides struggling to create chances. We had some moments and won the ball a lot of times in their half.

“We didn’t ultimately make the final step or create the final chance so we ended up without a shot on target. Defensively, it was really good what we did today. The goal we conceded was unlucky. He managed to hit our player with his first shot. It’s a pity when a goal like this decides a game.

“It was the only goal we conceded in our run this season but we have to come back and fight to win it next year. It was a nice experience playing in this beautiful ground and even with just a few fans, it was a nice feeling. We now have to concentrate on the remaining games of the season. If we put the same effort in against Tottenham on Wednesday then we have a chance of getting something.” 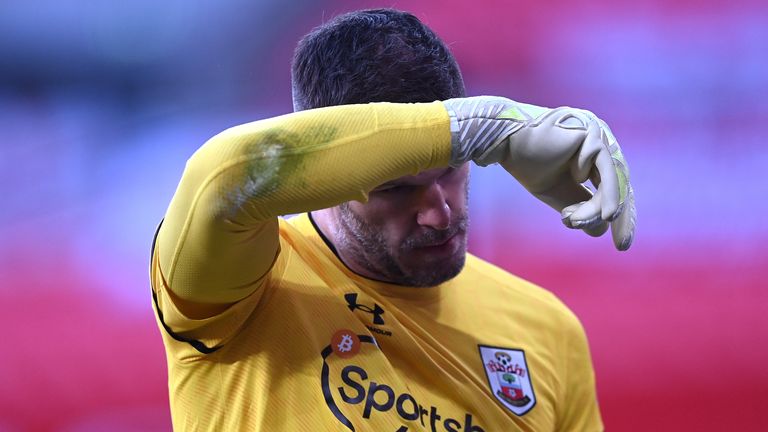 Manchester United, Liverpool, Arsenal, Chelsea, Tottenham and Manchester City have reportedly signed up to the breakaway plan for a European Super League and will be joined by teams from Italy and Spain.

“It is absolutely unacceptable what’s going on behind the scenes,” Hasenhuttl added. “Not even the fans want it so hopefully we’ll find the right steps so that it doesn’t happen.

“I know there were a lot of hours of negotiations inside the Premier League speaking about the future. There wasn’t one mention of the European Super League and then all of a sudden it crops up. For me, that is totally unacceptable.”

The FA Cup final takes place at Wembley on Saturday May 15 at 5.30pm.