Phillips excited to work under Guardiola after joining Man City

Leeds United players have been urged to boot Kalvin Phillips out of their group chat on WhatsApp by former Scotland international Ally McCoist. Phillips remains part of the conversation with his former Leeds colleagues despite leaving for Manchester City in June.

McCoist, the former Rangers striker turned pundit for Amazon Prime and talkSPORT, believes the decision to keep Phillips in the group after leaving Leeds will be detrimental. And the 59-year-old disagree with his fellow pundits Stuart Pearce and Alan Brazil, calling for him to be kicked out.

Speaking on talkSPORT, both Stuart Pearce and Alan Brazil agreed with Phillips still being in the group. “Keep him on board,” said Pearce, to which Brazil replied saying: “I agree!”

“You cannot! I’m shocked at you Pearcey,” McCoist said. “How can you keep an opposition team member on board with the gang? “He’s out! He’s got to go, he can have a private WhatsApp group, but he’s got to go!” 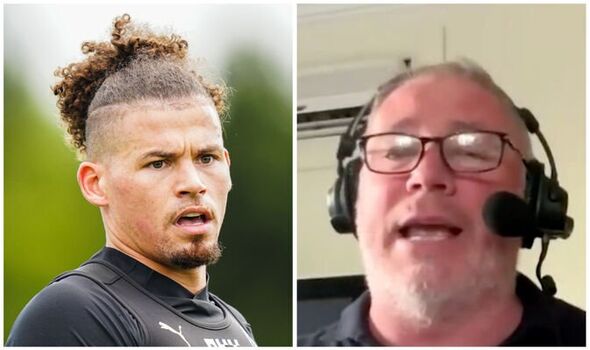 The England international made the difficult decision to leave his boyhood club for the Premier League champions in a £42million transfer this summer, after Leeds survived relegation on the final day of the 2021-22 season. Phillips had been with the Yorkshire outfit since 2010 and made 234 appearances for the club before heading for the exit, following fellow Leeds star Raphinha out the door.

WhatsApp groups are common within clubs for players to maintain a close bond with each other, with Chelsea becoming famous for their own group chat for the 40 players who had been farmed out on loan.

Phillips has grown close from several members of the squad after playing a key role in their rise from the depths of the Championship to the Premier League. And he recently revealed he was still in touch with his former Leeds team-mates — having been yet to leave the WhatsApp group. 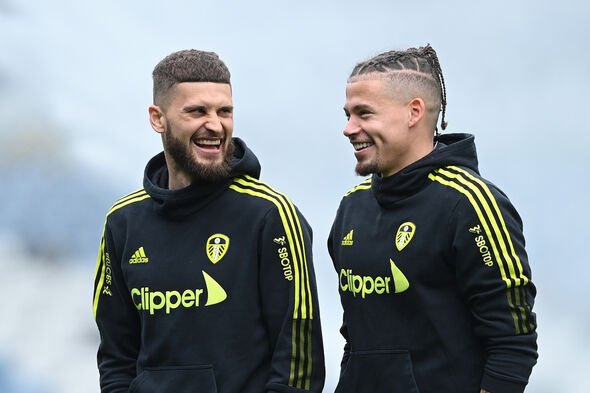 “The day that I get kicked out of that I will be quite upset,” Phillips said. “I am one of the admins but Liam Cooper the captain is an admin as well.

“I think just because I’ve got so many friends there, and it’s the players chat so not much goes in there about training and the games and stuff like that, I am very happy to still be in it.”

Such a revelation seems to have irked McCoist, but captain Cooper admits he would find it tough to get rid of the 26-year-old, revealing he would call Phillips first to let him know of his decision.