Marcelo Bielsa puts Leeds United’s recent success against the Premier League big boys down to playing their own game.

Leeds have taken four points off Manchester City and Liverpool in their last two outings ahead of Sunday’s clash with in-form Manchester United at Elland Road.

Other mid-table sides might adapt their own style to combat the threats of Ole Gunnar Solskjaer’s players but that’s not Bielsa’s style. 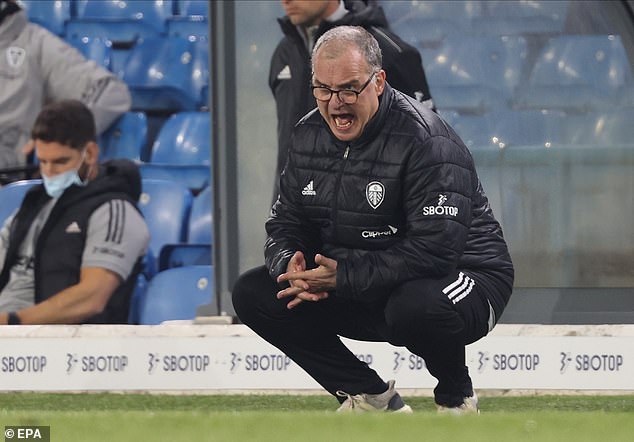 ‘We always try to play in the same manner,’ insists the Argentine. ‘When we play at our best, it is because we have manage to impose ourselves in the way that best suit us.

‘We have the same objective no matter the opponents and always try to reach them in the same manner. And when we utilise our resources, this is when we play well.’

Bielsa is a fan of they way Solskjaer doesn’t over-complicate his own team.

‘Simple football is the best football,’ said Bielsa. ‘It’s best when players are allowed to do what they are best at. Manchester United is an example of this. 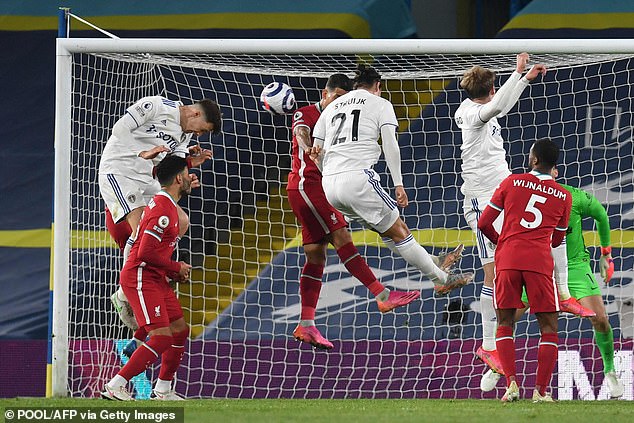 ‘To play simple is very difficult. When you manage to achieve it, it is very satisfying.’

Leeds have won friends and admirers in their first season back in the Premier League after a 17-year absence and currently lie a creditable 10th.

However Bielsa isn’t ready to jump up in celebration yet. ‘To evaluate the season with six games left would not be smart,’ he says.

They’ve clearly improved defensively since a 6-2 defeat at Old Trafford in December conceding only six goals in their last nine games.