Lee Carsley admitted his next challenge is to banish England Under 21s’ past failures at tournaments.

The Young Lions have qualified for the 2023 European Championship in Romania and Georgia — the ninth consecutive major tournament they have reached.

However, they have only progressed beyond the group stage in one of the last six of those. 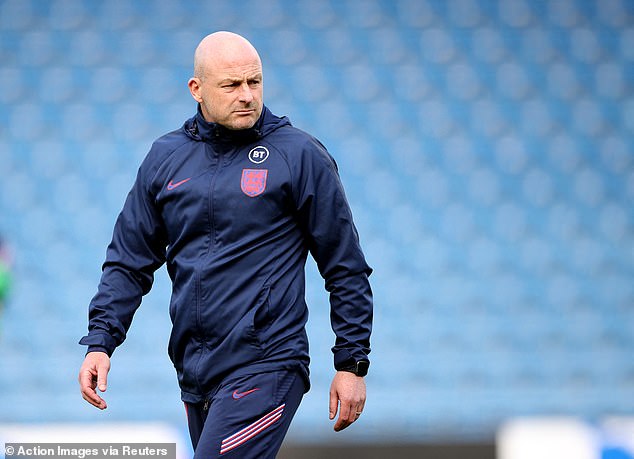 Carsley, in his first campaign after taking over from Aidy Boothroyd, is acutely aware of the country’s recent failures.

‘It’s important to re-establish the Under-21s as a force,’ he said. ‘It’s something which has gone away from us in the past, where we have maybe been feared in the past.

‘It’s important we can replicate that potential in doing well in competitions. That definitely has to be the challenge – not only for the players but for the staff as well.

‘What I’ve noticed with this group is that they are very competitive. They are being pushed at their clubs. We need to make sure we keep evolving that..’

Carsley has Harvey Elliott back available for Friday’s qualifier in Kosovo after the Liverpool prodigy testing positive for Covid earlier in the camp. 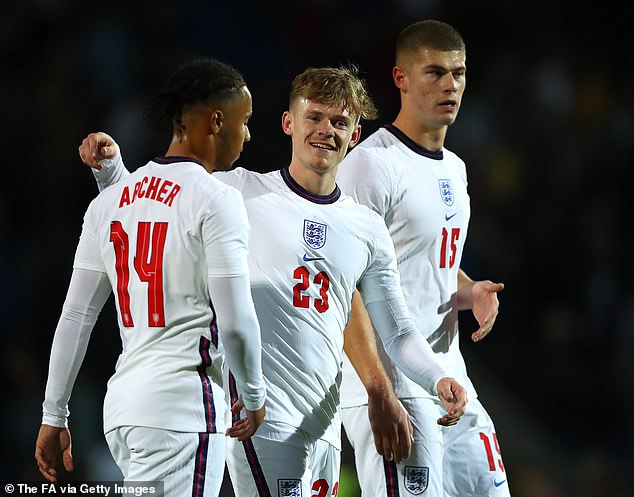 The Young Lions have qualified for their ninth consecutive major tournament

Injuries have seen Elliott restricted to one cap since Carsley took over but he is pushing for a place in their first-choice midfield three.

‘Harvey is a player who loves playing for England, has played very well for England,’ the manager added. ‘He was outstanding at the last camp on and off the pitch.

‘If you think about the journey that he’s been on this season, he’s had so many highs and lows. It would be good for him to finish on a positive note. He deserves that. He’s got an excellent attitude, works so hard and is a good guy.’