Lauren Hemp is the name on everyone’s lips going into the Women’s Euros. Ask any pundit, manager or player who they think can be the star of the tournament and nine out of 10 will say Manchester City’s winger.

Off the pitch, Hemp is quiet, polite and unassuming. But on it, she is explosive, powerful and frighteningly quick.

At 21, she has won the PFA Young Player of the Year a record four times and for three successive seasons. There has not been this much excitement about an England player since Fran Kirby broke into the team in 2014 — and Austria’s defence will be on red alert in the opening match of the women’s Euros at Old Trafford on Wednesday. 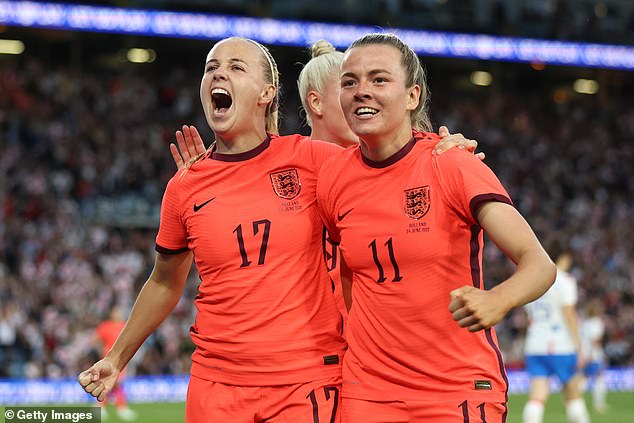 You have to watch Hemp to understand just how good she is. Her close control, quick feet and ability to run at players with speed make her a nightmare for even the best defenders.

But perhaps Hemp’s biggest strength is that she does not know how good she is. When City called to register their interest in her in 2018, Hemp thought it was a prank call.

‘Lauren is very laid-back, but I think it’s important she stays that way,’ says her City and England team-mate Demi Stokes. ‘We’re always encouraging her. We’ll all support her and, well, give her the ball and say “run!”.’ 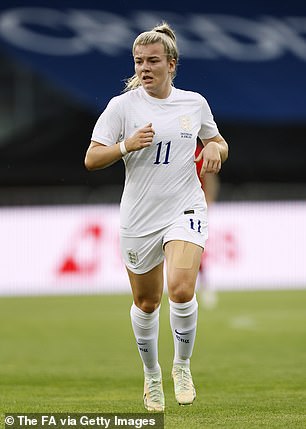 Hemp grew up in North Walsham, Norfolk, and played for the local team before joining Norwich City in 2008. She trained in the boys’ development programme in her teens as well as representing Norwich’s centre of excellence. She was also a talented cricketer and could have progressed further had she gone down that route. Thankfully, she chose football.

‘Lauren loved running with the ball and scoring goals,’ says her former Norwich coach Ian Thornton. ‘Like many attacking players she missed more than she scored at a young age!’

Hemp has had to work on her finishing and if there is a slight criticism it is that she should perhaps score more with the amount of chances she creates. However, she is becoming more clinical, with seven goals in her last five England games.

‘Lauren’s biggest strength was she was very coachable,’ says Thornton. ‘Her coaches would comment that she would “listen and try” and for a young player you can’t ask much more.

‘We didn’t see a future England player at all but what we did see was huge potential, both technically and tactically. She was always small in stature and had to try really hard to compete with her opposition.’ 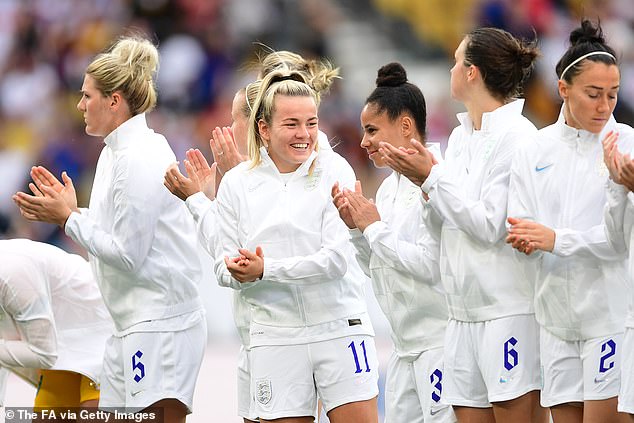 When Norwich’s centre of excellence was closed down, Hemp bravely left home at 16 to join Bristol City. She had struggled with being away during tours with Norwich and recalled crying at night and struggling to sleep.

‘The biggest piece of advice I gave her parents was to get her to practice staying away from home more,’ says Thornton.

‘If she was to receive an England call-up, she needed to be able to cope and I wasn’t sure she was strong enough to do that.’

That experience prepared her for the move to Bristol, where she quickly made a name for herself with nine goals in her first season. When City came calling, it was an offer too good to turn down and Hemp has not looked back. 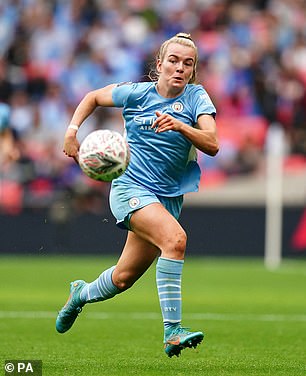 Her stock has risen sharply in the last year and she is no longer an up-and-coming player. Teams will be prepared for the threat she poses, but whether they can stop her is another matter.

Teams have tried to double up on her and the Netherlands looked to stop England getting the ball out to the left wing recently. That tactic worked for 45 minutes until Hemp found a way to break through, ending the second half with a goal and two assists.

‘She is a role model for Norfolk footballers,’ says Thornton. ‘We are all proud of what she has achieved. We are confident she will go on to be one of the best players in world.’