Frank Lampard has dismissed claims his Everton team have been ‘let off the hook’ in their battle to avoid relegation by Sean Dyche’s sacking at fellow strugglers Burnley – insisting it ‘does not affect’ his side’s bid to stay in the Premier League.

Dyche was relieved of his duties by Burnley after 10 years at Turf Moor on Friday following a desperate 2-0 defeat to basement club Norwich the previous week.

Burnley are three points adrift of Everton in 17th prior to the latest round of fixtures with the Clarets, under caretaker boss Mike Jackson, taking on Southampton on Thursday – a day after Everton host Leicester at Goodison Park. 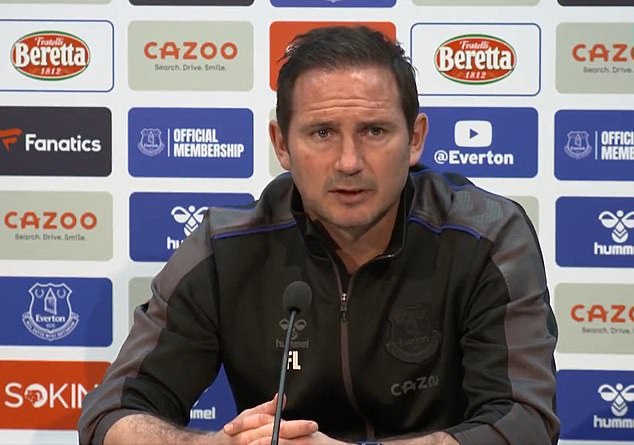 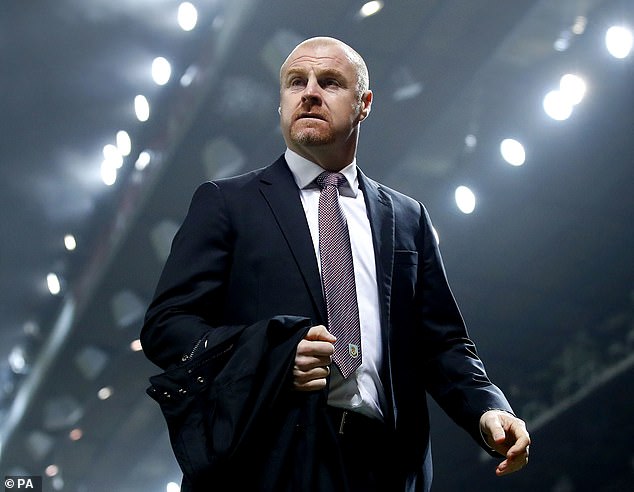 Dyche’s last victory at Burnley came when they beat Lampard’s side 3-2 at Turf Moore earlier this month.

The result prompted Dyche to claim Everton ‘don’t know how to win’, but Lampard had nothing but praise and respect for the former Burnley manager.

‘Firstly, Sean Dyche has been an incredible manager of the club,’ Lampard said.

‘I think that’s been quite a universal reaction to it, but the club have decided to make a change, and Sean Dyche I’m sure deserves maybe a bit of a rest and then will get a fantastic job because of the level of manager he has shown himself to be. I wish Sean all the best going forward on that.

‘It doesn’t affect Everton. I saw a quote this week saying we were let off the hook that it’s happened. I don’t see how. This doesn’t change anything – Burnley are a good team and used to fighting to stay in the Premier League, and that fact will remain the same.’

Lampard also stressed the mood at the club has never turned sour despite his slide slipping perilously close to the bottom three in the Premier League.

The Toffees are three points clear of the relegation zone following a poor run of recent form, halted by the 1-0 victory over Manchester United last Saturday.

Lampard had lost six of his last eight games in charge before the win against a beleaguered United side at Goodison Park, but said the club had still been ‘a very positive place’.

‘The mood’s good,’ he said. ‘It was a fantastic result against Man United and one with I think a lot of good things from us, but also some things we can improve on. In terms of three points and focusing on what’s ahead, the mood’s confident and the lads are working very well.

‘There’s no substitute for (results), but it’s generally been a very positive place since I’ve been here. I say that with real honesty, because sometimes the feeling outside isn’t so positive, and off the back of results, and I understand that. 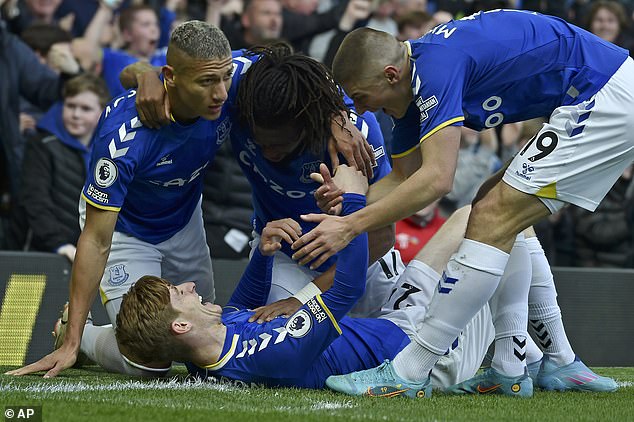 ‘You get tested with that. Sometimes it can have an effect on the atmosphere, (but) it hasn’t so much. We’ve always bounced back in terms of trying next game, trying next game. It will be more important than anything to have that mentality for the next eight games.’

Everton’s match with Leicester at Goodison on Wednesday begins a tricky set of fixtures for Lampard’s men.

After hosting Brendan Rogers’ side, Everton face back-to-back matches with quadruple-chasing Liverpool and third-placed Chelsea, before another meeting with Leicester. 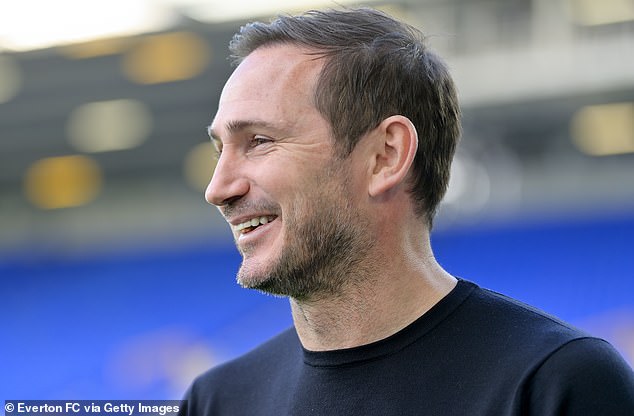 ‘We don’t need to win eight games to stay in this league – we need to get a certain amount of points, and we need to stay very resilient in that period,’ Lampard added.

‘Leicester, Liverpool, Chelsea, Leicester is a tough run, but at the same time I think that at this stage of the season, it’s very easy to over-analyse the opposition in those terms.

‘We must focus on ourselves, go game by game. We’d like to try to continue the good form we’ve had at Goodison and the good results. Just tackle it head on. We have injured players back fit so let’s hope we can keep that.’