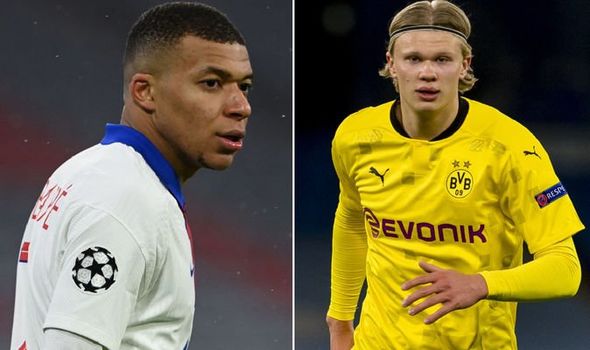 Erling Haaland may be the talk of the town but Kylian Mbappe wants a word. Coming off the back of four goals, including a Nou Camp hat-trick, in the previous round of Champions League action against Barcelona, Mbappe was central as Paris Saint-Germain won 3-2 at Bayern Munich on Wednesday night, scoring a brace in Germany in the first leg of their quarter-final tie.

It was a poor attempt at a save from Manuel Neuer but in the snowy conditions of Bavaria, it took just two minutes and 28 seconds for Mbappe to find the scoresheet against the European Cup holders.

Marquinhos made it 2-0 before the half-hour mark and while Eric Maxim Choupo-Moting and Thomas Muller pulled Bayern back to 2-2, Mbappe scored again to restore the visitors’ advantage, a brilliant low finish inside the near post from the edge of the box. Three away goals for PSG is a huge advantage to take back to France next week.

Bayern were the favourites to win the competition (again) this term, along with Manchester City who they or PSG are likely to face in the semi-finals, but Mbappe clearly has other ideas as he looks to go one better than last year, when he and his team-mates lost to the same German opponents in the final in Lisbon.

On Wednesday night he surpassed Zlatan Ibrahimovic for the most Champions League knockout stage goals in PSG history with seven. Mbappe has contributed 27 goals and 17 assists in the Champions League in just 42 appearances.

Across all competitions the 22-year-old – yes, he’s still only 22 – has 32 goals and nine assists from 38 appearances this season. His eight Champions League goals this term is also the joint-best return from a French player in a single campaign in the competition’s history. 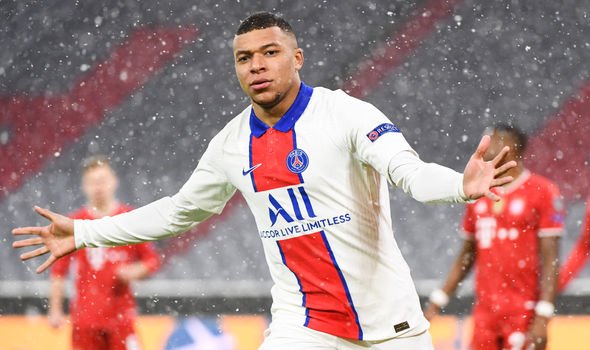 His overall career numbers are frankly obscene, although much of the recent attention has gone to the goalscoring record of Borussia Dortmund’s Haaland, who has 49 goals in 51 games for the Bundesliga giants.

Mbappe stands on 148 goals and 75 assists from 221 appearances for PSG and Monaco. That’s 223 direct goal contributions – meaning so far in his career he has averaged a goal or an assist in every club appearance of his career.

For Manchester United, Chelsea and Manchester City it’s all about Haaland, the £127million-rated Dortmund man. Mino Raiola and the player’s father Alf-Inge’s European sales tour has begun with Real Madrid and Barcelona having held meetings about the Norwegian.

Only one of those five clubs can land Haaland though, and there’s no guarantee any of them will this summer due to Dortmund’s determination not to lose the prolific Scandinavian centre-forward. They could let him go for his £64million release clause in 12 months’ time instead.

Yet for the likes of United and Chelsea, who perhaps stand a lesser chance of landing Haaland than City given his father’s connections to the club, perhaps Mbappe could be the ideal alternative. 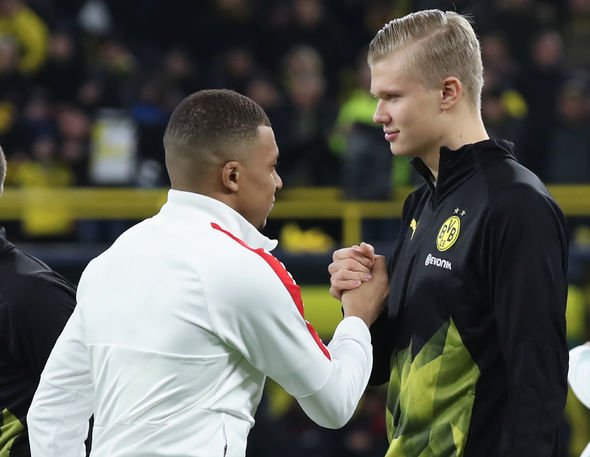 The Parisian’s contract with PSG expires in the summer of 2022 meaning the French champions could be vulnerable to bids this summer, although Mauricio Pochettino would be loathed to losing him.

Speaking back in January, the France international – signed by PSG for £166million in 2017 – said: “We are discussing with the club to find a project. I said I am also reflecting because if I sign it is to invest in the long term at Paris Saint-Germain.

“I am very happy here. I have always been very happy. The supporters [and] the club have always helped me and for that, I will always be grateful towards the club.

“I want to reflect on what I want to do in the coming years, where I want to be. That is how my reflection is turning. I will shortly need to make a choice. I am thinking very hard.”

If Mbappe truly wants to be identified as the best player in the world and is keen to win the Ballon d’Or, he might think that in spite of PSG’s progress in the Champions League – he needs to play at a higher domestic level, in England or in Spain. 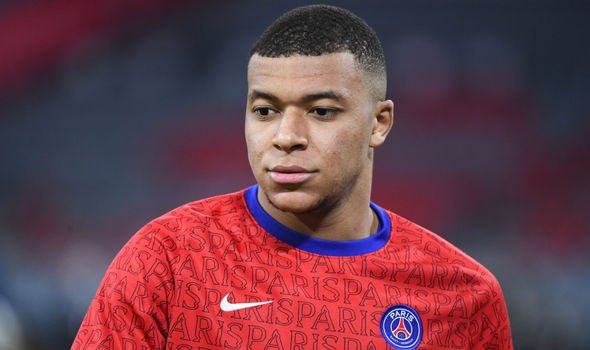 Real Madrid are certainly massive admirers of Mbappe – but there is plenty to suggest United and Chelsea could pitch themselves well to the World Cup winner too. They are two of the only clubs in world football who could put together a financial package to entice him to the Premier League, with links to Liverpool incredibly fanciful.

Recent reports from Le Parisien say PSG could even let Mbappe leave for somewhere between £100m and £130m this summer if they cannot get the player to pen a new deal, rather than losing him for nothing in 2022.

That fee would make him potentially cheaper than Haaland, who Dortmund want a minimum of £127m for, and alongside the Norwegian, Mbappe is very clearly poised to be a stand-out player over the next decade at least. It already feels as if Haaland and Mbappe will share the same sort of rivalry Lionel Messi and Cristiano Ronaldo have enjoyed over the last 10 to 15 years.

And with Chelsea and United both eager to improve their attack, why would they not want Mbappe? Of course he’s a very different style of player to Haaland, who is closer to a classic No 9, but his talents and his output both speaks for themselves.

The Frenchman can play through the middle or on either wing and would therefore be able to offer a raft of possibilities to United, who need a more consistent striker than Anthony Martial and are seeking a long-term right-sided forward, and to Chelsea, who simply need better output from their forward line.

PGS will be desperate to keep Mbappe, of course. But given his contract situation, there is a very real chance he can be poached from the Parc des Princes.

And if United and Chelsea miss out on Haaland, perhaps redirecting the finances into a blockbuster buy for a player with a ceiling equally as high might be the plan that delivers them the league title both clubs crave.