Kieran Trippier assesses the 'fierce competition' at right-back for England 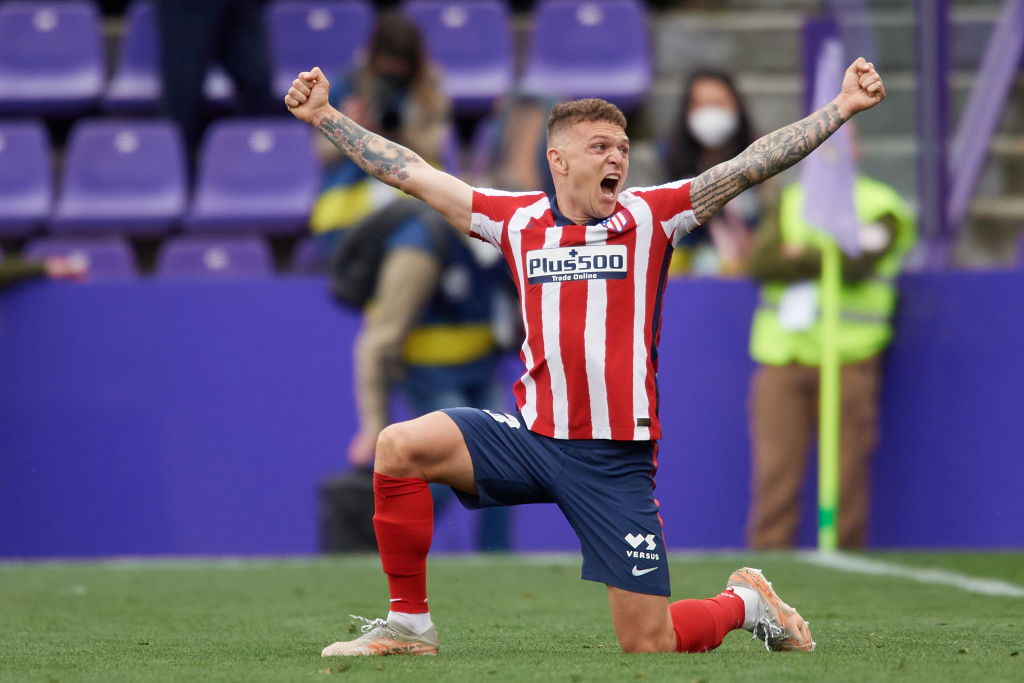 Kieran Trippier recognises there is ‘fierce competition’ just to get into the England squad at right-back, never mind into the starting XI, but is just focussing on his own performances and hoping they have been enough to earn himself a nod.

The 30-year-old has been a key part of Atletico Madrid’s La Liga-winning squad this season, making 28 league starts and earning rave reviews in Spain.

While he may have been out of the sight for many England fans, his performances in Spain have not gone unnoticed by the manager, Gareth Southgate, and he is expected to make the final 26-man squad, named on Tuesday.

However, there is no guarantee, and one high-quality right-back is likely to miss the final cut, with Trent Alexander-Arnold, Kyle Walker and Reece James all in the current provisional squad.

‘It’s fierce [competition], there’s so many right-backs,’ Trippier told the Press Association. ‘I got left out of the Nations League and it’s all about bouncing back. Life’s all about challenges, but we’ve got fierce competition.

‘But I just need to do as well as I can for my club, try and give very good performances every week.

‘I had competition even when I was at Tottenham with Walks [Kyle Walker] for a good few years, and England as well.

‘For me, it’s just about doing as well as I can from a club, trying to achieve big things, especially this season and, yeah, just give my all. Personally, that’s all I can say.’

Trippier has two more years on his contract at Atletico Madrid and is loving his time in the Spanish capital.

‘Absolutely delighted,’ he said. ‘It’s something that I never thought would happen but I’ve always believed when I arrived at Madrid in pre-season that I wanted to try and win things with the club and I’ve managed to win La Liga.

‘It’s an unbelievable feeling and I feel out of the whole season like we’ve we deserved it in the end.’