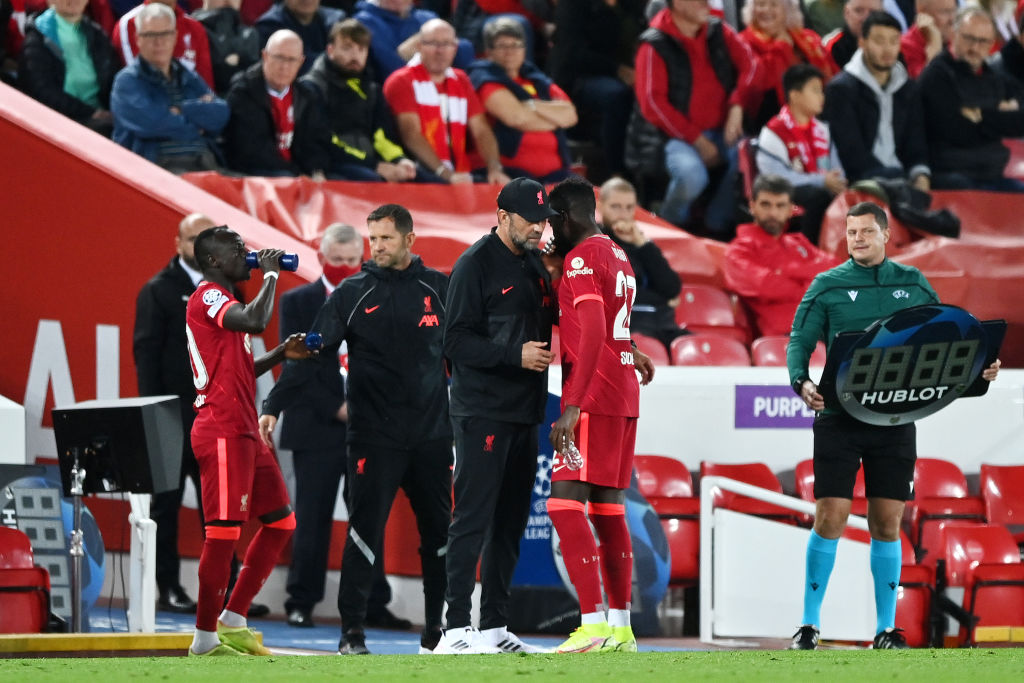 Jurgen Klopp singled out ‘sensational striker’ Divock Origi for praise after Liverpool secured a thrilling 3-2 victory over AC Milan in the Champions League.

The 26-year-old justified his place in the team with an assured performance, causing the Milan defence problems all evening and providing the assist for Mohamed Salah’s second-half equaliser.

Klopp was delighted by Liverpool’s ‘important’ victory and paid special tribute to Origi in his post-match press conference, insisting ‘people forget how good he is’.

‘He played a super game,’ Klopp said of Origi. ‘People forget how good he is. It is just difficult to get him in this team.

‘Now we won I can say that the changes was the right thing to do because playing every three days is just not possible with the same guys. The guys who came on did incredibly well.’

Spanish side Atletico Madrid and Portuguese outfit Porto are also in Group B along with Liverpool and AC Milan.

Jordan Henderson launches a half volley into the corner of the net! No one is stopping a strike like that! ð¥

Liverpool have their lead back ðª pic.twitter.com/YsxcxHe72o

Following Liverpool’s victory over Milan, Henderson said: ‘We started the game really well, on the front foot like we usually do.

‘Scored, got the penalty and then last 15 minutes of the first half we had a spell where we found it difficult and they scored two goals. I thought the lads reacted really well and came out and started again.

‘We got our reward, got back into it and found the winner. Overall I am delighted. We have to learn from that 15 minutes too.

‘It was nice to get back on the scoresheet, I don’t score many. It is something I work on, especially when I play a bit further forward as an eight – arriving in the box.’