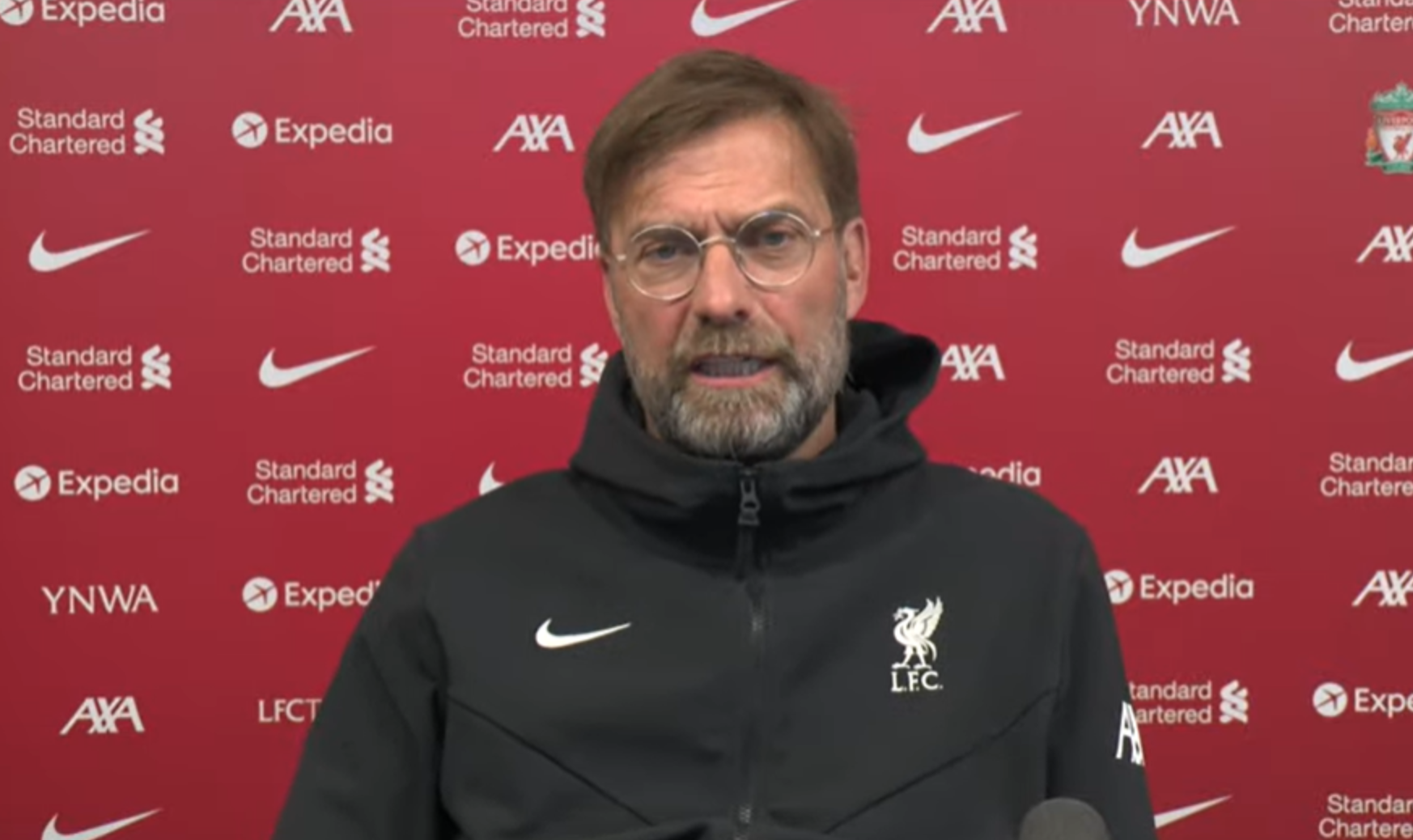 Jurgen Klopp said Manchester United were ‘flying’ in their 6-2 thrashing of Roma and singled out Paul Pogba’s ‘really good’ performance in the Europa League semi-finals.

Liverpool will face a buoyant Manchester United on Sunday – a match that could prove crucial for their own hopes of qualifying for the Champions League.

Four points behind fourth-place Chelsea with five games left to play, the Reds can hardly afford to drop points in the season run-in.

United still have faint hopes of catching Manchester City at the top of the table – although a 10-point gap seems to big to close at this stage.

They were in splendid form against Roma on Thursday night, with the outstanding Pogba joining Bruno Fernandes, Edinson Cavani and Mason Greenwood on the scoresheet.

And Klopp is under no illusions how big a task it is for his defending champions to pick up all three points.

‘Of course, a very tough game. Very tense game for both teams. We could see last night Manchester United playing and they’re good,’ he laughed.

‘After the half-time talk they were really flying. It’s a tough one.

‘I’m sure United still believe in their chance [to catch Man City] and it’ll be a game with two teams trying to win.

‘This is a good start for a football game, I would say. Both teams have to win it so a good recipe for a game as well. So let’s see what we can make of that.’

Klopp accepted it was a tougher task for United to have played in midweek before Sunday’s fixture but he isn’t expecting it to be a huge problem considering Solskjaer rarely strays too far from the bulk of his favoured starting XI.

‘But I don’t think anyway United wanted to change a lot. I think 75% of the team is the same team playing most of the games. Last line, midfield pretty much, Fred, McTominay, maybe Matic comes in.

‘Then the four up front. Fernandes is playing pretty much all games and the other three he can change from time to time.

‘Is Rashford on the wing or is it Pogba? Obviously Pogba played again a really good game last night.

‘Who we will face is pretty clear. They cannot make massive changes and probably will not make if they had no injuries last night. I think that’s clear.’