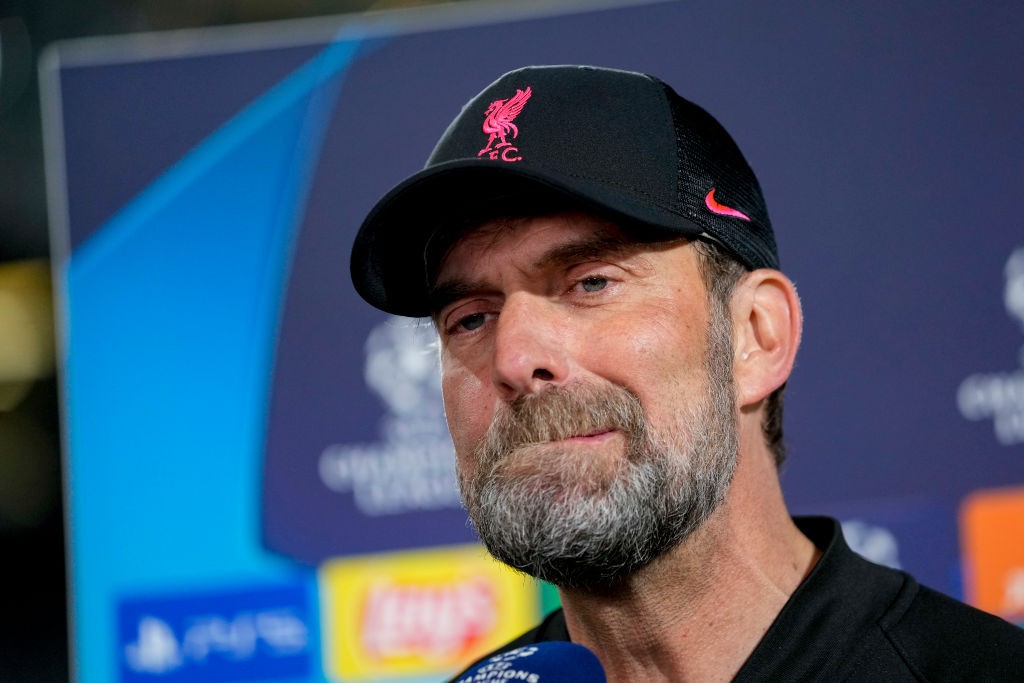 Jurgen Klopp admits Liverpool’s quadruple hopes might be over after his side dropped points at home to Tottenham at Anfield.

Heung-min Son gave Spurs the lead on Merseyside and while Luis Diaz pulled one back with a deflected strike 15 minutes from full-time they were unable to find a late winner.

A 1-1 draw was enough to see Liverpool go back to the summit of the Premier League on goal difference.

But two points dropped will allow Manchester City to open up a three-point lead if they beat Newcastle United on Sunday.

Klopp is not expecting any favours from Pep Guardiola’s side, predicting City to get the win over the Magpies.

And while Liverpool have already won the League Cup and have booked their place in the Champions League and FA Cup finals, he rates their chances of securing four trophies as ‘unlikely’ after Saturday’s slip-up.

‘I’m not happy, but not as sad as the players are right now and it is my job to explain why something happens like this,” Klopp told BBC Sport.

‘Harry Kane and Heung-min Son were completely rested, that is why it is so hard.

‘That is why the quadruple is so unlikely, there is a reason nobody has done it in this country. We will keep going.’

He added: ‘I would love to sit here and say City will drop points but I can’t see it.

‘I wish I would think differently about it but I can’t see it. But we will see what happens.’