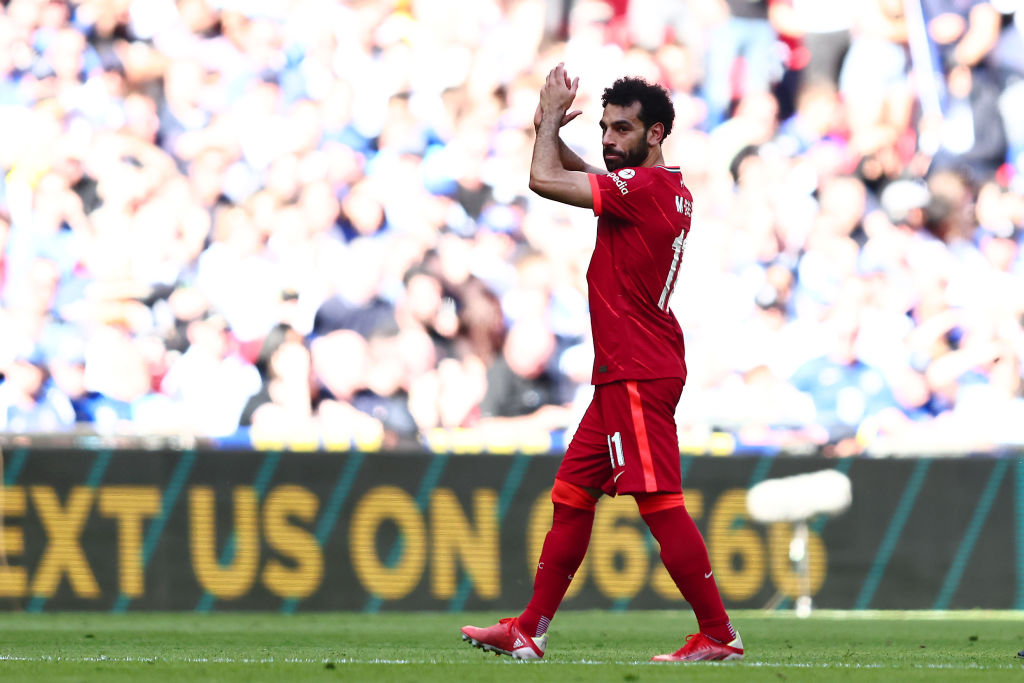 Jurgen Klopp was non-committal on which of his players will be fit for the Premier League clash with Southampton on Tuesday night and when his injured trio will return.

The Reds are now struggling with injuries to three first team players, with Mohamed Salah, Virgil van Dijk and Fabinho all less than full fit.

Fabinho limped out of the win over Aston Villa last week with a hamstring problem, while Salah suffered a groin issue and Van Dijk a knee complaint in the FA Cup final on Saturday.

There are two Premier League games to come, with a trip to Southampton on Tuesday and a home game against Wolves on Sunday, before the Champions League final against Real Madrid on 28 May.

Asked what state his squad is in at the moment, Klopp did not reveal much, just saying that things are being monitored so soon after playing extra time before beating Chelsea on penalties on Saturday.

‘We only played 120 minutes two days ago. So, when the boys arrive today I have to make a lot of decisions,’ Klopp told a press conference on Monday.

‘What I can promise, we will line up a team only for one reason, to try and win the game at Southampton, as difficult as it is, because that is the job to do.

‘We will have to see who is available to help. The 30 extra minutes made a big difference, so we’ll have to see.’

He added that, with two more big games to come, he must be very careful with his players, who have already been pushed to the limit by contesting four competitions to their climax.

‘This is now game 60 so we have to be really careful, that’s clear,’ Klopp said. ‘We don’t finish the season tomorrow, that’s not our last game.’

Andy Robertson was also brought off at Wembley but it was explained after the match that the Scotland captain was just suffering with cramp, so he will be fine for Tuesday night.

If Liverpool win at Southampton they will go back within one point of Manchester City at the top of the table with one game to play.

If the Reds lose to the Saints the title race is over, while a draw would not mathematically end the battle, it would be all but finished.