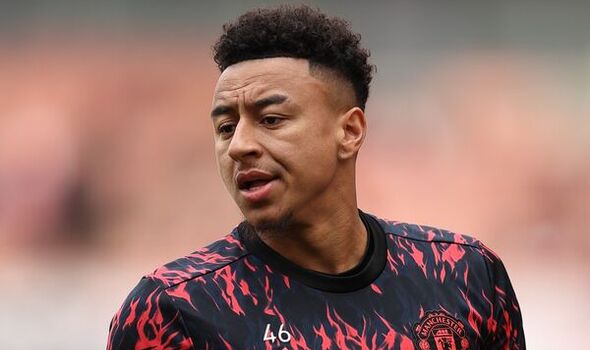 Jesse Lingard’s brother Louie Scott has slammed Manchester United on social media for what he perceived as a lack of class following the team’s final game of the season at Old Trafford vs Brentford on Monday. The Red Devils secured a comfortable 3-0 victory over the Bees courtesy of goals from Bruno Fernandes, Cristiano Ronaldo and Raphael Varane.

It was a rare positive performance in what has largely been a dismal campaign for Ralf Rangnick’s side, and it was marred by fan protests both before and during the game against the Glazer family. Nevertheless, the majority of United fans stayed behind to applaud the team at the end of the game, with this likely being the last time they will see a number of players in the famous red shirt.

The likes of Juan Mata, Edinson Cavani and Nemanja Matic are expected to move on in the summer, while Lingard is also set to depart on a permanent transfer to bring to an end his 22-year spell at United after coming through the academy.

But taking to Instagram after the match, Scott took aim at the club for failing to properly recognise the services of his sibling before his farewell. “20 years of blood sweat and tears, 4 domestic trophies, 3 cup final goals. Not even a farewell,” he wrote.

“Class of 92, Busby Babes – you’re ran by people who don’t even know the offside trap. Classless and the fans need to realise. Goodnight, gobless, ta’ra. Been there since 9 years of age and didn’t even get a send off!!! Well done bro your family are proud.”

Lingard did not even make it on the pitch during the game against Brentford, and was instead left as an unused substitute. It ended up being an anti-climactic and disappointing final occasion for him at Old Trafford, and all talk will now turn to where he could head next.

West Ham United were the side most heavily linked in January following his superb loan spell last season, but in the end nothing materialised – much to Lingard’s reported disappointment. Newcastle are also being discussed as a potential suitor amid the dawning of a new era on Tyneside.

Lingard’s contract will expire in June, meaning he could prove a shrewd option for a team to sign on a free deal. Speaking earlier this year, transfer expert Fabrizio Romano said the 29-year-old had been clear for some time that his future lies away from Manchester.

On the Here We Go podcast, he said: “I’m told that Jesse Lingard’s plan is clear. He’s prepared to leave. He wanted to leave on Deadline Day to join Newcastle. This didn’t happen because of Mason Greenwood’s situation, it changed in the future of Jesse Lingard. But in June, he’s already looking for options.”