Liverpool are poised to offload Takumi Minamino to Monaco in an £15.5million deal this week – just months after Jamie Carragher hinted that the Japanese attacker wasn’t good enough to have a long-term future at Anfield. Minamino has made just 30 Premier League appearances since he joined the club from RB Salzburg back in January 2020.

Despite the fact that Minamino has been unable to nail down a regular starting spot on Merseyside, the 27-year-old has popped up with some important goals for the Reds this year, particularly in the domestic cups, which were both won by Liverpool. But Minamino has never really been seen as an adequate stand-in for the likes of Mohamed Salah and Sadio Mane; something that Carragher alluded to last year.

Speaking back in September, Carragher told PA: “I’m disappointed Liverpool haven’t got an attacker in, I must say. I do think Liverpool are short in the attack and they will have to keep everybody fit, which is nigh on impossible really. I do think they will struggle but they’re very robust, Liverpool’s front three.

“Mane and maybe Salah away for the Africa Cup of Nations at some stage, I’m not sure how many games they’ll miss but I do think that was something to miss for Liverpool.”

JUST IN: Leeds ‘preparing for Phillips departure’ and have lined up replacement 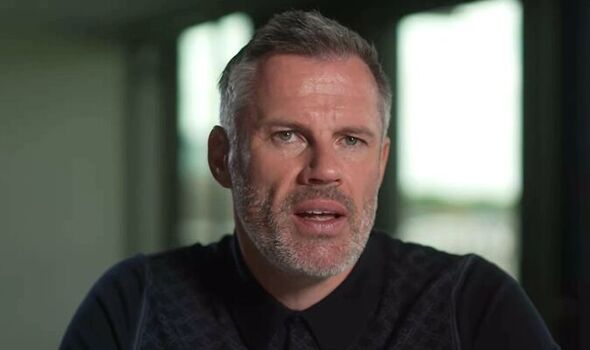 The Reds icon added: “They’ve got [Divock] Origi there and [Takumi] Minamino but I basically wanted someone who was better than them to come in to the club. You know whether it’s the owners, if it’s something to do with the pandemic, finances are tight and you know with no one going out we couldn’t bring anyone in. [Diogo] Jota is there as well and he was a big miss for Liverpool last season, he missed about four months with a knee injury.”

Unfortunately for Minamino and Jurgen Klopp, it’s hard to argue with Carragher’s rather blunt assessment of the fleet-footed forward. The deal to bring Minamino to Merseyside was a gamble, but for a fee of just £7.25m, it was a no-brainer – it just hasn’t worked out.

Part of the reason that Minamino hasn’t been a success at Liverpool is down to the calibre of the players ahead of him, rather than the forward’s own shortcomings. It’s a tall ask to challenge the likes of Salah and Mane for a first-team spot, let alone nudge ahead of them in the pecking order. 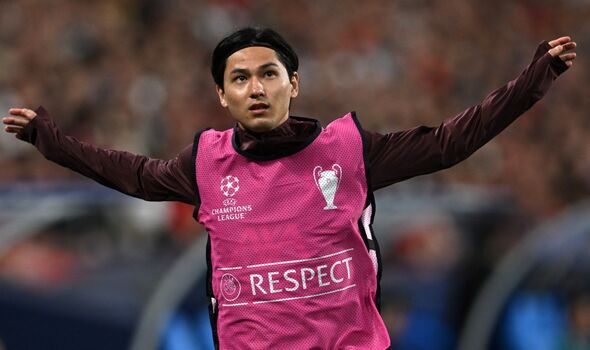 But Minamino hasn’t even been able to establish himself as the Reds first-choice back-up, as he’s been outdone in the ‘star substitute’ role by Divock Origi, who has etched his name into Reds folklore with some seismic goals over the past few years – even though he has consistently played second fiddle to Liverpool’s all-star cast.

However, Liverpool have progressed so rapidly under Klopp over the past couple of years that even Origi – who is adored by Reds fans – has been outgrown.

Liverpool and Manchester City are now in a league of their own at the top of the Premier League, and as a result, the calibre of player required to star for them has risen significantly. Unfortunately for Minamino, he just never quite seemed to measure up.