Jack Grealish celebration: Why does England star make an ‘A’ with his hands after a goal?

Jack Grealish will be heading to the European Championships with fewer than 10 England caps, but he’s still expected to play a key role for Gareth Southgate. You may have noticed the midfielder make an ‘A’ sign with his fingers after scoring a goal, and he does it for a very strange reason.

Grealish was an injury doubt for Euro 2020 this summer, after injuring his shinbone against Brighton and Hove Albion, back in February.

He missed two-and-a-half months of football in the latter stages of the season, before making a timely comeback at the start of May.

The Villa midfielder has continued to impress in the Premier League over the past two seasons, and was rewarded with a place in Southgate’s 26-man squad for the Euros.

He admitted that it was a dream to play at either the European Championships or the World Cup, and was delighted to receive the call up. 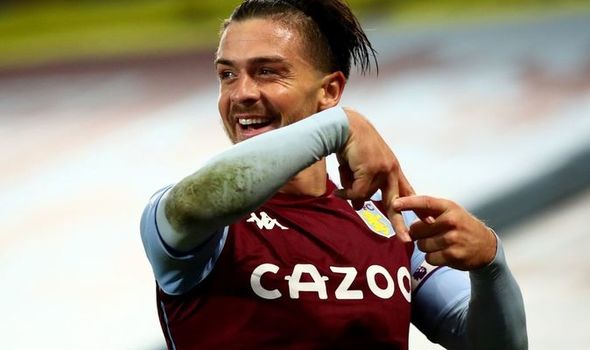 “An absolute honour to make the squad for the Euros this summer,” Grealish tweeted.

“I’ve always dreamt about playing in a major tournament for my country!

“Let’s make it a summer to remember #ThreeLions.”

The 25-year-old has become synonymous with scoring in the Premier League, having already amassed 15 top flight goals.

If you’ve seen Grealish score a goal, you might have noticed his peculiar celebration.

He’s often seen running toward the stands criss-crossing his fingers.

His hands form a vague ‘A’, with his right middle and index fingers pointing toward the floor.

But, he’s not the only Premier League player to adopt the goal celebration. 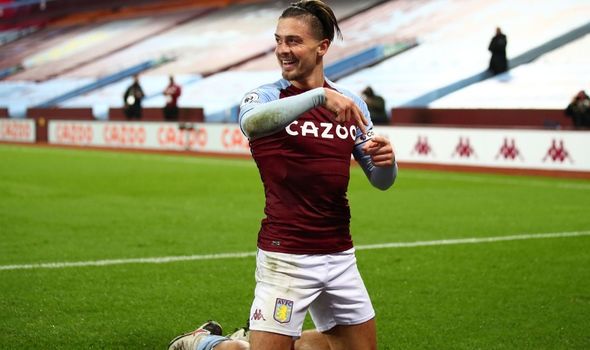 Leicester City’s James Maddison has also been spotted making the ‘A’ after scoring, as well as Tottenham’s Dele Alli.

Maddison was recently asked about the celebration, shedding some light on the symbol.

“We have a little group chat called ‘The Avengers’,” he told EA Sports.

“There’s a few of us in there, a few of our friends from outside of football, about 10 or 12 people in total.

“Jack Grealish, Ross Barkley, Dele Alli and John McGinn are the footballers [in the group].”

Grealish made his England debut in a Nations League match against Denmark, back in September 2020.

He’s since featured four more times for Southgate, in matches against Wales, the Republic of Ireland, Belgium, and Iceland.

The midfielder is yet to score a goal for his country, but he has already recorded two assists.