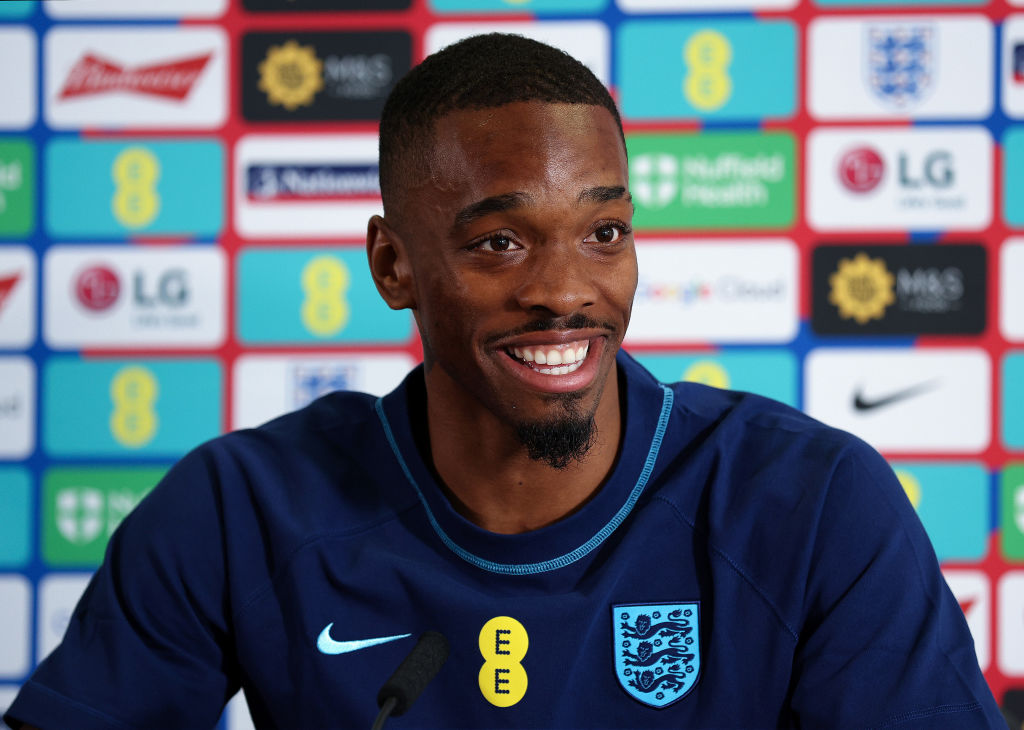 Brentford striker Ivan Toney admits he had to stop himself from ‘nibbling’ back at Arsenal following social media posts from the Gunners he describes as ‘a bit cringey’.

Arsenal returned to the top of the Premier League table on Sunday after a 3-0 win over Brentford with William Saliba, Gabriel Jesus and Fabio Vieira all on the score sheet.

It was a very different performance from the same fixture last season, where the newly-promoted Bees sealed a 2-0 win over Mikel Arteta’s side in the first game of the season.

After that win, Toney tweeted: ‘Nice kick around with the boys’ – with Mikel Arteta later using that jibe as inspiration when Brentford came to the Emirates later in the season as revealed in the Amazon documentary ‘All or Nothing’.

Alexandre Lacazette was on target that day as Arsenal sealed a 2-1 win with the Frenchman parroting Toney’s tweet.

‘I think once was funny, second time a bit cringy but I bit my tongue, I wanted to reply, I wanted to nibble but fair play to them they played very well,’ Toney told a press conference on Tuesday.