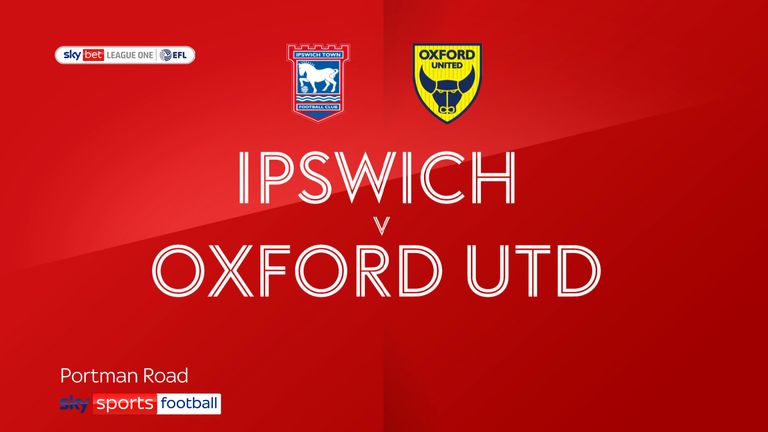 Ipswich and Oxford fought out a 0-0 draw but the home side will be frustrated that they failed to convert some gilt-edged chances.

James Norwood hit the post, while Troy Parrott wasted a couple of good chances to find the back of the net in the Sky Bet League One contest at Portman Road.

The result kept Oxford in eighth, place three points off the top six, with Ipswich dropping down to 12th.

Keanan Bennetts’ shot was charged down in the opening minutes and his cross to the far post found Norwood, whose header was cleared off the line.

Another cross from Bennetts found Parrott, who shot wide of the target when he should have scored.

Brandon Barker’s low cross evaded Mark Sykes as Oxford threatened, while Bennetts’ searing drive went wide and Norwood hit the post in the in the 54th minute as the hosts pressed for a breakthrough.

Teddy Bishop’s run into the penalty area led to his pass finding Parrott, whose shot was bundled wide, before Matty Taylor headed over the bar at the other end following a cross from Sykes.

The visitors had an appeal for a penalty turned down by referee Marc Edwards and Town keeper Tomas Holy parried a shot from Sam Winnall in the closing minutes.