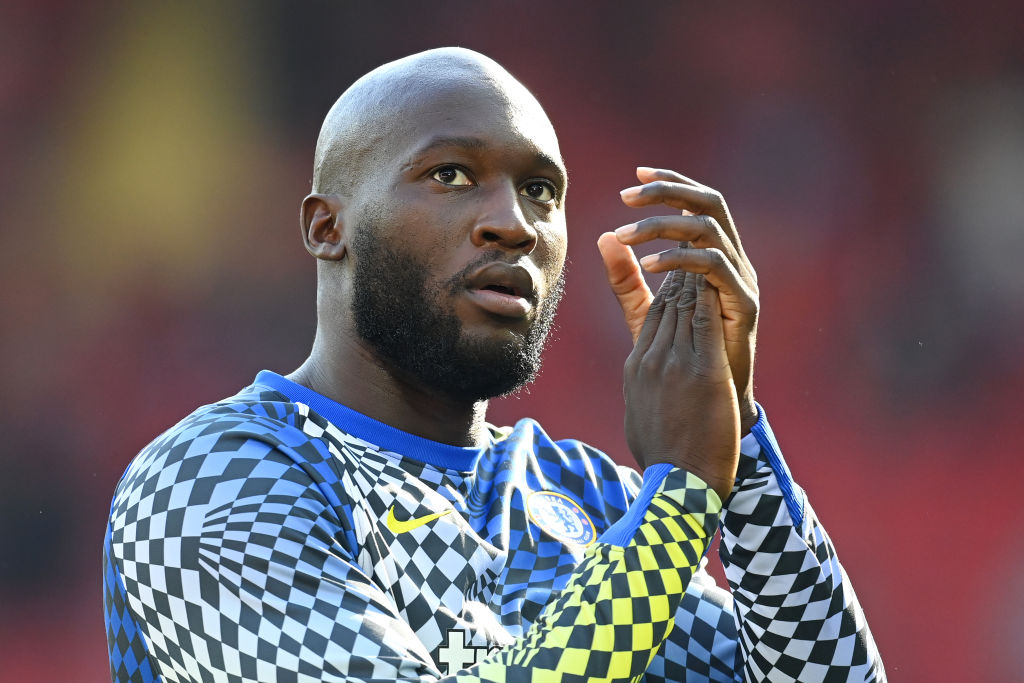 Inter Milan CEO Alessandro Antonello has confirmed Romelu Lukaku wants to return to the Italian club this summer and says he is hopeful of agreeing a deal with Chelsea.

Chelsea spent almost £100m to sign the Belgium striker from Inter last summer, but Lukaku wants to return to the Serie A side after struggling at Stamford Bridge.

Lukaku was being tipped to challenge for the Golden Boot award heading into the 2021-22 season but finished the campaign with just eight goals.

The 29-year-old admitted during the season that he felt he had unfinished business at Inter Milan and was less than pleased with his role under Blues boss Thomas Tuchel.

Recent reports say Tuchel and Chelsea’s new owners have agreed to offload Lukaku but it remains to be seen whether Inter Milan can reach an agreement with the Premier League.

Asked about Lukaku’s future on Thursday, Inter Milan chief Antonello said: ‘Certainly there is the great desire of the player to return, the economic-financial feasibility must be verified and some technical problems must be solved.

Inter Milan are also in talks to sign Argentina forward Paulo Dybala, who will be a free agent once his Juventus contract expires at the end of the month.

Dybala, 28, has scored 115 goals in 293 appearances for Juventus, helping the Italian giants win five Serie A titles and reach the Champions League final in 2017.

Inter’s Antonello added: ‘It is fundamental to combine competitiveness on the pitch and economic-financial sustainability.

‘This is the work we are doing, all the choices the club will make on the market will always be inspired by these words.

‘We want to be competitive on the pitch, but on the other hand we must also respect the stakes that UEFA is drawing on Financial Fair Play in this transitional period towards the new rules.

‘Everything can be done, but with great consideration for economic and financial sustainability.’

‘It’s interesting that they are going to put him out on loan and want a £20m loan fee because it means they can keep him on their balance sheet and still demand money for him,’ he told talkSPORT.

‘If he costs £97.5m, the player is depreciating in value by £20m a year. So if Chelsea can keep him on their balance sheet and put him out on loan and get £20m for him, they are actually making a monetary transaction that makes financial sense.

‘Of course if he goes off to Inter Milan, where a lot of people say is a far easier league to score goals in, they might find themselves in a situation where Inter have cleared their decks, because don’t forget, the reason why Antonio Conte left is because they didn’t have any dough and they wanted to be able to capitalise on sales.

‘In 18 months time or a year’s time, Inter might then find themselves in a better position and Chelsea might be able to punt Lukaku out for £70m or £80m, and they will actually make money from a transaction.

‘So from a footballing point of view, if Tuchel doesn’t want him then it’s a no-brainer, he’s got to go.

‘From a financial point of view this deal is a no-brainer. Ultimately they’re getting their money back from Inter for what they paid for the player. All of these things make sense if the player is not going to get his head on.’

Chelsea finished third in the Premier League last season and begin the 2022-23 campaign on August 6 with a trip to Goodison Park to face Everton.