‘Onana… what’s my name!?’: Inter Milan announce the signing of former Ajax goalkeeper Andre Onana by referencing Rihanna’s hit song… as the Serie A giants continue to make waves in the transfer market after re-signing Romelu Lukaku from Chelsea

Inter Milan have confirmed the signing of goalkeeper Andre Onana by referencing Rihanna when unveiling the player on social media.

Onana’s contract at Ajax expired on Thursday, and Inter have wasted no time in announcing his arrival in Italy on a free transfer.

They posted a tweet on Friday afternoon with the message: ‘Welcome Onana’, alongside the caption ‘… what’s my name?’ 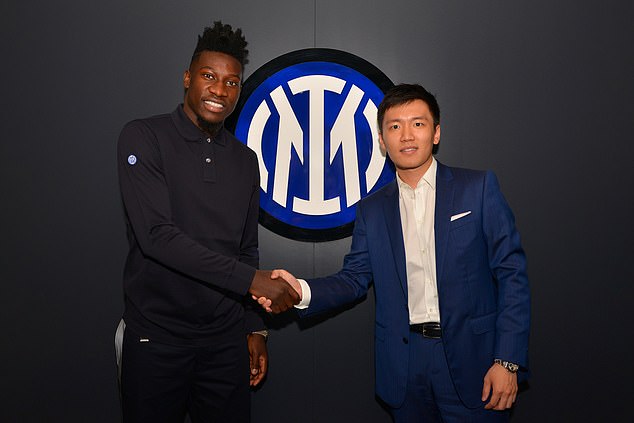 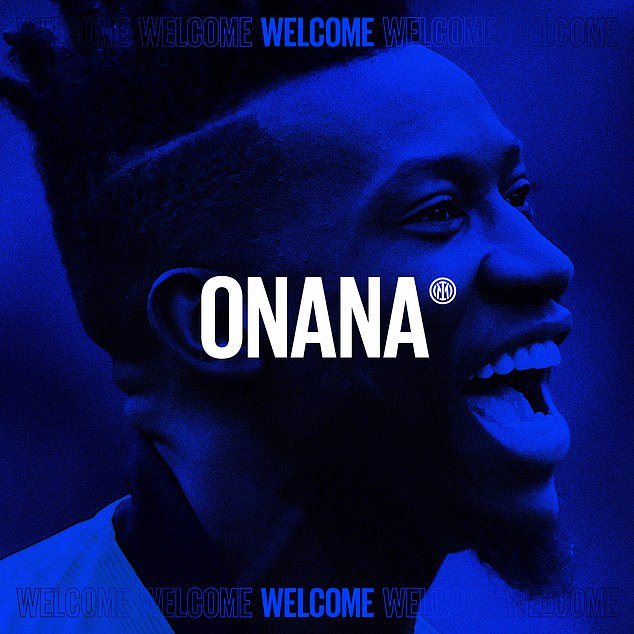 They captioned the tweet ‘… what’s my name’, a reference to Rihanna’s 2010 hit song 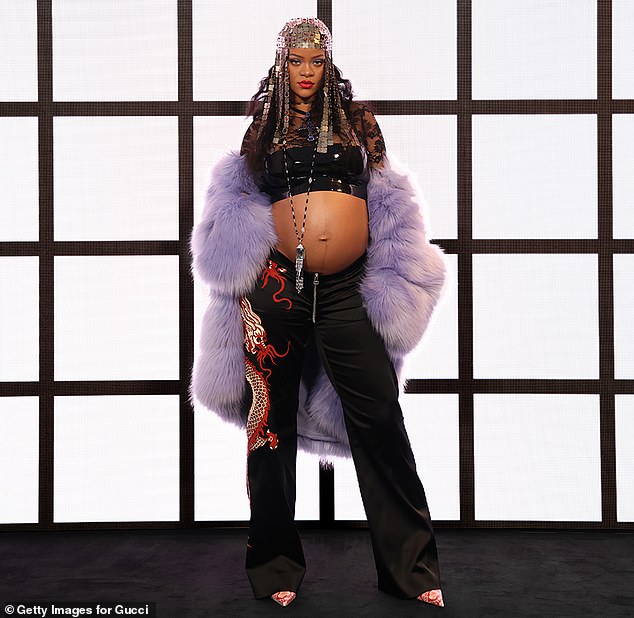 The latter message is a reference to Rihanna’s hit song ‘What’s My Name?’, which featured Drake, that topped the UK charts in 2010.

The signing of Onana continues Inter’s busy start to the transfer window, as they re-signed Romelu Lukaku on loan from Chelsea on Wednesday.

They have also brought in former Manchester United and Arsenal midfielder Henrikh Mkhitaryan from Roma on a free transfer.

Onana joins the Serie A giants having spent the last seven years at Ajax, having moved there from Barcelona’s academy. 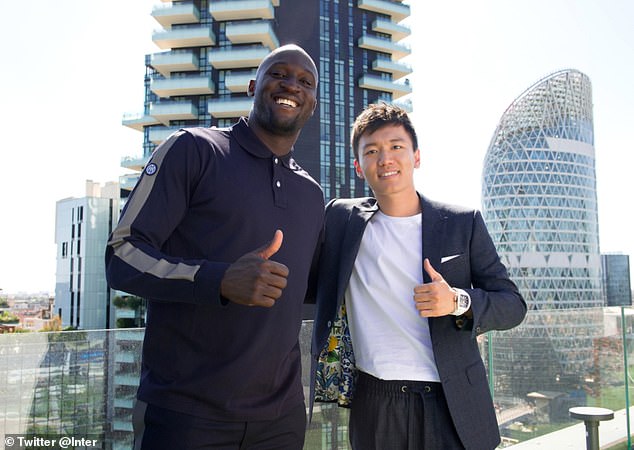 Inter have been busy this summer, bringing Romelu Lukaku back to the club on loan

During his time in Amsterdam, he won the league title three times and the Dutch Cup twice.

He served a ban last year after testing positive for the banned substance, Furosemide.

The 26-year-old blamed the positive sample on taking his wife’s medicine by mistake.

He was initially given a 12-month suspension, but this was reduced to nine months upon appeal, and he returned to the sport in November 2021.

Onana has won 30 caps for Cameroon, and is set to represent his country at this year’s World Cup when they face Brazil, Serbia and Switzerland in Group G.

Having moved to Inter, Onana is now likely to be in a battle with veteran shot-stopper Samir Handanovic for the gloves at San Siro. 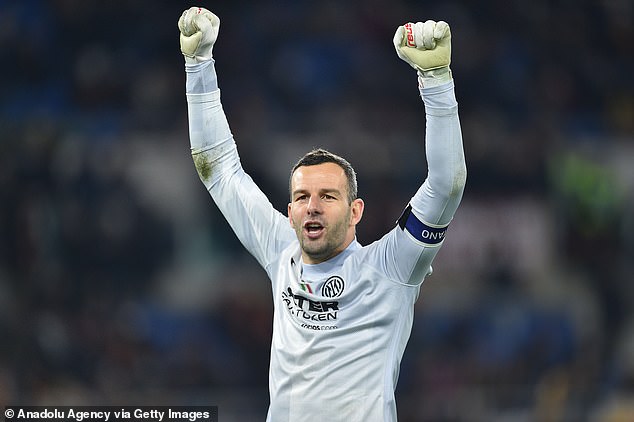