Ilkay Gundogan slammed Germany’s poor performance in their shock 2-1 home defeat to North Macedonia, claiming they made it ‘easy’ for the European minnows.

The four-time world champions were stunned by a side ranked 65th in the world, with Eljif Elmas’ late winner proving to be the difference between the two teams.

Gundogan, who scored a second-half penalty to equalise for Germany after Goran Pandev’s opener in the first-half, claimed the home side defended poorly and described the defeat as unacceptable. 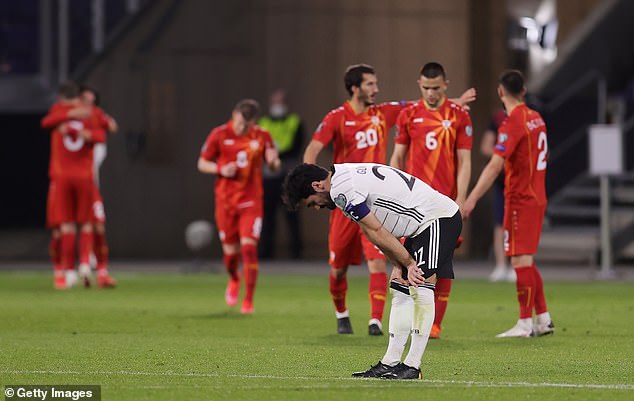 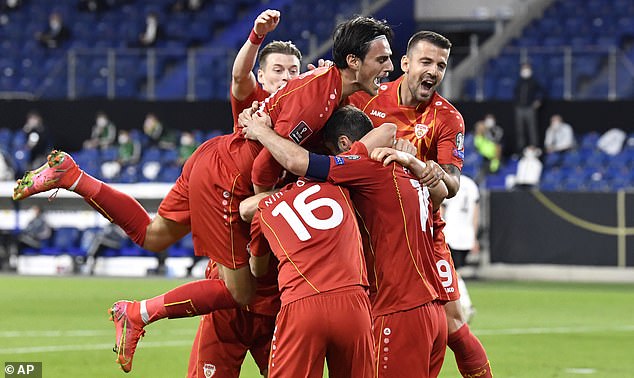 The European minnows, ranked 65th in the world claimed a shock victory on Wednesday night

The Manchester City midfielder told the official website of the German FA: ‘We cannot allow that to happen. North Macedonia were more or less in our box twice and we made it easy for them.

‘We tried to work chances, but we only managed to score once. The way we conceded both goals was poor.’

It is only the second time Germany have been beaten in World Cup qualifying since 1985, the other time being England’s 5-1 win in Munich back in 2001. 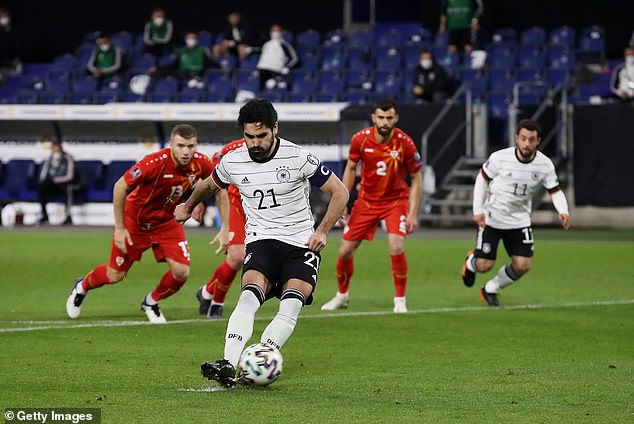 Germany manager Low, who will be leaving as national team coach after this summer’s European Championships, highlighted his side’s mistakes and branded the display as ‘disappointing’.

Low added: ‘We’re thoroughly disappointed. We simply looked too tired today. There wasn’t an energy about our play and we made too many mistakes going forward.

‘When we moved the ball around quickly, we looked dangerous. Our opponents sat deep and we couldn’t find a way to break them down. All in all, it was disappointing.’ 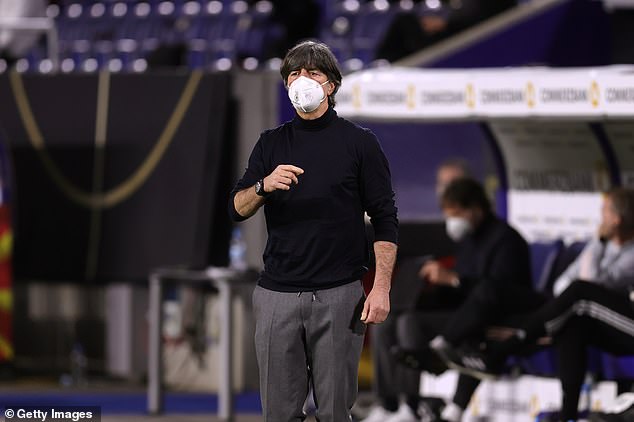 The result has lifted North Macedonia, who also qualified for this summer’s European Championships, above Germany in their World Cup qualifying group into second place. Leaders Armenia are the only side left in the group with a 100 per cent record.

Former Germany national team midfielder Bastian Schweinsteiger refused to rip into his country after the defeat, but claimed North Macedonia could have won the match by more goals.

The European minnows were furious at the award of Gundogan’s penalty after Leroy Sane went down easily from a Ezgjan Alioski tackle in the box, while the visitors were denied a spot kick themselves when Emre Can appeared to handle from a corner.

Schweinsteiger tweeted: ‘My respect to North Macedonia, unlucky penalty against them, clear penalty not given and these guys win their away game against a 4 time world champion. Chapeau’