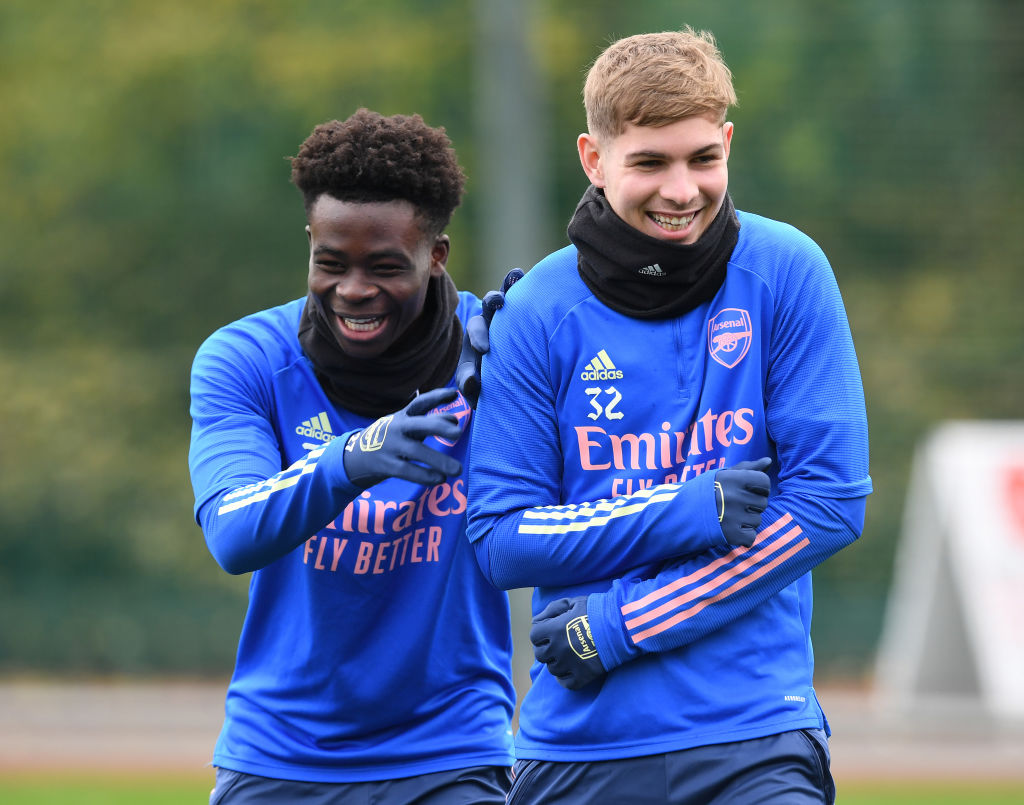 Bukayo Saka and Emile Smith Rowe have been a ‘huge breath of fresh air’ for Arsenal, according to England manager Gareth Southgate.

The Gunners academy graduates have made the most of their opportunities at the north London club and are both currently thriving in Mikel Arteta’s side.

Saka, 19, made his breakthrough last season and has continued his rapid rise to the top this term with a string of consistent performances on the wing.

Meanwhile, Smith Rowe, 20, was afforded a run of games in Arsenal’s first team over the winter period and has kept his place in the side, registering four assists in 12 Premier League matches.

In terms of their international status so far, Saka has earned four England caps while Smith Rowe has only featured for the Three Lions at youth level.

Southgate has some big decisions to make before he announces his squad for this month’s World Cup qualifiers – which will be the last chance he has to see his team in action before this summer’s rescheduled Euro 2020 tournament.

The England boss is delighted to have seen plenty of homegrown talent brought through at Premier League clubs recently, and mentioned Saka and Smith Rowe as two shining examples of academy prospects who have seized their chances.

‘We know those kids are there and we know the talent is there, but when the buying and spending power of the clubs is greater than anything around Europe, and the pressure is on to have immediate success, it is easier to go and buy the finished product from abroad.

‘There was always this blockage for young English players, now they’re getting their chance.

‘Those two boys at Arsenal, Saka and Smith Rowe, have been a huge breath of fresh air in their team and there are more across the country if they get their opportunity.’

On his selection dilemmas, Southgate added: ‘There is a lot of talent. It is a case of who is playing the best, who do we think has the pedigree, who has performed at a high level before, coupled with who is in form and who fits into the way we want to play.

‘The squad has to evolve all the time. If there is ever complacently that sets in then the young players have provided that competition and energy.

‘You need experienced players who have got to those latter stages of tournaments, who are used to winning and have maybe won trophies with their clubs. We’ve got to get the balance right.’