How Sarina Wiegman schooled the Germans as England win Euro 2022

First soak up the pressure – then score and waste time: How Sarina Wiegman’s cunning tactics schooled the Germans to guide England to victory at Euro 2022

In the final 10 minutes, England produced a masterclass in time-wasting that helped them win Euro 2022. The German press called it ‘cheating’. They described the hosts as ‘nasty’.

Perhaps they were referring to Jill Scott getting up off the floor to shout expletives at midfielder Sydney Lohmann, a moment which has since gone viral. But England were simply doing to them what so many teams have done to them in the past.

Sarina Wiegman’s side did not play their best or most attractive football at Wembley on Sunday. They rode their luck — but their cunning tactics were enough to take them to victory. 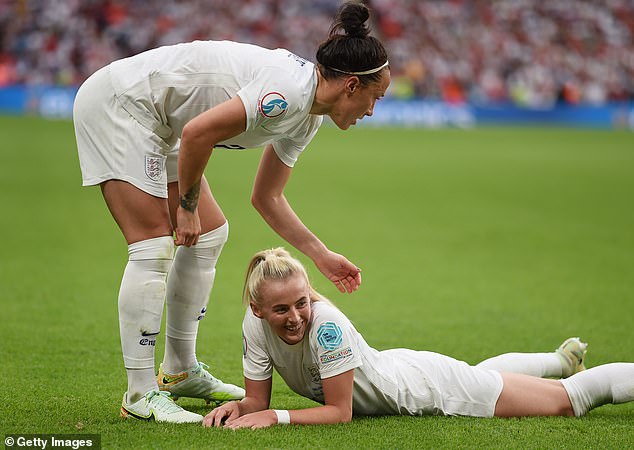 In the last 10 minutes, England gave a time-wasting masterclass to help them win Euro 2022

As our first heatmap shows (below), most of the action during the first 20 minutes of extra time took place in England’s half as Germany built the pressure.

But after Chloe Kelly put Wiegman’s side 2-1 up in the 110th minute, England set up camp near the German byline until the end of the game (second heatmap).

The ball was kept in the right corner with Lucy Bronze, Ella Toone and Kelly running the clock down.

Bronze took 26 seconds to take a throw-in and performed keepie-uppies to waste even more time. Lauren Hemp took nearly a minute to walk off the pitch after being substituted.

The Germans were riled, with Sara Doorsoun-Khajeh aggressively throwing the ball at a smirking Kelly. 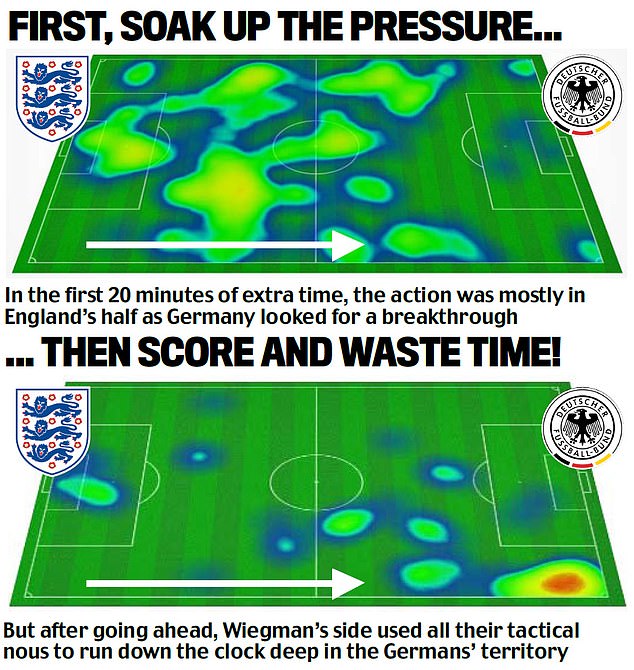 There is an assumption that there is no diving and no feigning injuries in the women’s game, but England goalkeeper Mary Earps dispelled that myth.

On more than one occasion she stayed down after a minor collision.

When Doorsoun-Khajeh came off the bench in extra time with a piece of paper, Toone and Alessia Russo both attempted to look at the instructions from Germany’s management team.

Russo looked over the shoulder of the defender, who was seemingly unaware, for a good few seconds.

In the 114th minute, Kelly bought a free-kick off Giulia Gwinn near the right corner flag. The winger started to dribble into the box before changing her mind and heading back to the corner flag. 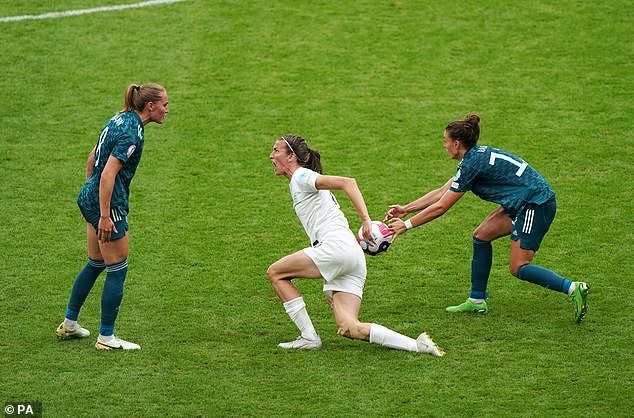 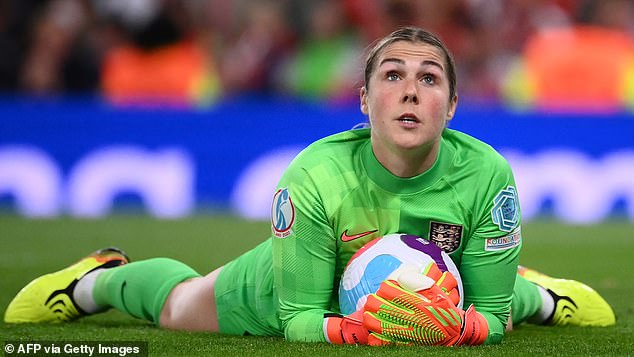 The ball eventually ended up with Russo, who forced Germany goalkeeper Merle Frohms into a save which gave England a corner. Cue more time-wasting from Hemp and Kelly.

Ukrainian referee Kateryna Monzul told Hemp that the ball was not correctly in the corner quadrant. Kelly came over to have a discussion with Hemp, who then proceeded to move the ball and then move it back.

When Germany won a throw-in, Wiegman called over Nikita Parris to come off the bench.

The substitution delayed a possible German attack as England were able to reset, with Wiegman even glancing down at her watch to see how much time was remaining.

The last action of the match saw Germany launch a ball into the England half, with Scott there to head it away as the final whistle was blown. England had out-foxed the Germans — and long may it continue.