How Red Bull became a key ingredient of Liverpool’s recruitment

It was the transfer of Ibrahima Konate’s regular centre-half partner in Leipzig that made Liverpool realise the true extent to which Red Bull meant business in European football.

Going into the summer of 2015, clubs across Europe had been made aware that a hugely talented 17-year-old by the name of Dayot Upamecano could be snatched from French second-tier outfit Valenciennes.

The young defender’s performances for France’s youth teams had brought him to prominence, and prompted Manchester United to try and steal a march on their rivals in the battle for his signature.

But, just as senior figures at Old Trafford had convinced themselves that a deal for the teenager was in the bag, Austrian upstarts Red Bull Salzburg intervened to offer a financial package that blew them out of the water.

Not only did they come armed with funds, Red Bull were also able to outline a clear developmental pathway that promised Upamecano regular game time, a step up to the German Bundesliga with Leipzig and, eventually, a move to a bigger club once he was ready.

And each of those assurances will have been delivered on when the Frenchman completes a €42.5 million switch to Bayern Munich later this summer.

It has now been confirmed that Upamecano’s compatriot Konate will follow a similar path after Liverpool triggered the £36m release clause in his Leipzig contract.

The 21-year-old represents the Reds’ third signing from a Red Bull team in the last four years after Naby Keita and Takumi Minamino, while Sadio Mane also made a crucial stop-off in Salzburg before ultimately arriving at Anfield.

Had the coronavirus pandemic not put paid to hopes of paying Timo Werner’s release clause in one go last summer – as is customarily demanded by clubs associated with the Austrian energy drink – then he, too, would have arrived on Merseyside last summer.

Having paid close attention as their Premier League rivals United missed out on Upamecano six years ago, Liverpool’s admiration of the Red Bull empire has grown further in the years since.

But the story of their bond actually began back in 2012, when the legendary Ralf Rangnick was appointed Director of Football of both Salzburg and Leipzig.

The influential German’s football philosophy helped shape the template Liverpool hoped to follow as owners Fenway Sports Group implemented changes behind the scenes in the aim of restoring the club to its former glory.

It would be three years until the Americans got the manager they wanted in Jurgen Klopp, but the capture of Dave Fallows, Barry Hunter and Julian Ward from Manchester City represented an equally important step along the way in terms of revolutionising the recruitment setup.

This new-look scouting department soon found itself coming up against both forward-thinking Bayer Leverkusen and Red Bull in their pursuit of Europe’s most talented youngsters.

And, while work permit restrictions meant Liverpool could only watch on admiringly as Salzburg snapped up Mane after the London Olympics, it became clear that both sides had similar ideas on what constituted talent.

Keen to strike up a relationship in the aftermath of that realisation, Reds sporting director Michael Edwards leant on a mutual friend of a senior Red Bull figure to arrange a visit to Salzburg during Roger Schmidt’s tenure as manager.

The findings from that trip prompted Liverpool to approach Red Bull a year later when they were looking for a partner club to house non-EU players such as Mane in order to help them build up work permit eligibility.

Discussions went far enough for Rangnick to visit the Merseyside club’s former training base at Melwood, though it quickly became clear that Red Bull’s plans were far grander than simply taking on the role of feeder club for any traditional giant.

As an alternative, Liverpool set up a loan and pathways department headed by Ward, which insiders cite as one of their most valuable decisions in recent years.

But that did not prevent Edwards from building good relations not only with Rangnick, but also Leipzig CEO Oliver Mintzlaff and Salzburg sporting director Christoph Freund.

Ties to the latter helped Liverpool organise an off-the-cuff friendly in Austria last summer – a time of even greater uncertainty relating to the Covid-19 pandemic in Europe.

And, while transfers negotiations have typically not been required due to the presence of release clauses in every contract, strong relations between the organisations did help smooth the process that allowed Keita to be signed the year before his could be triggered. 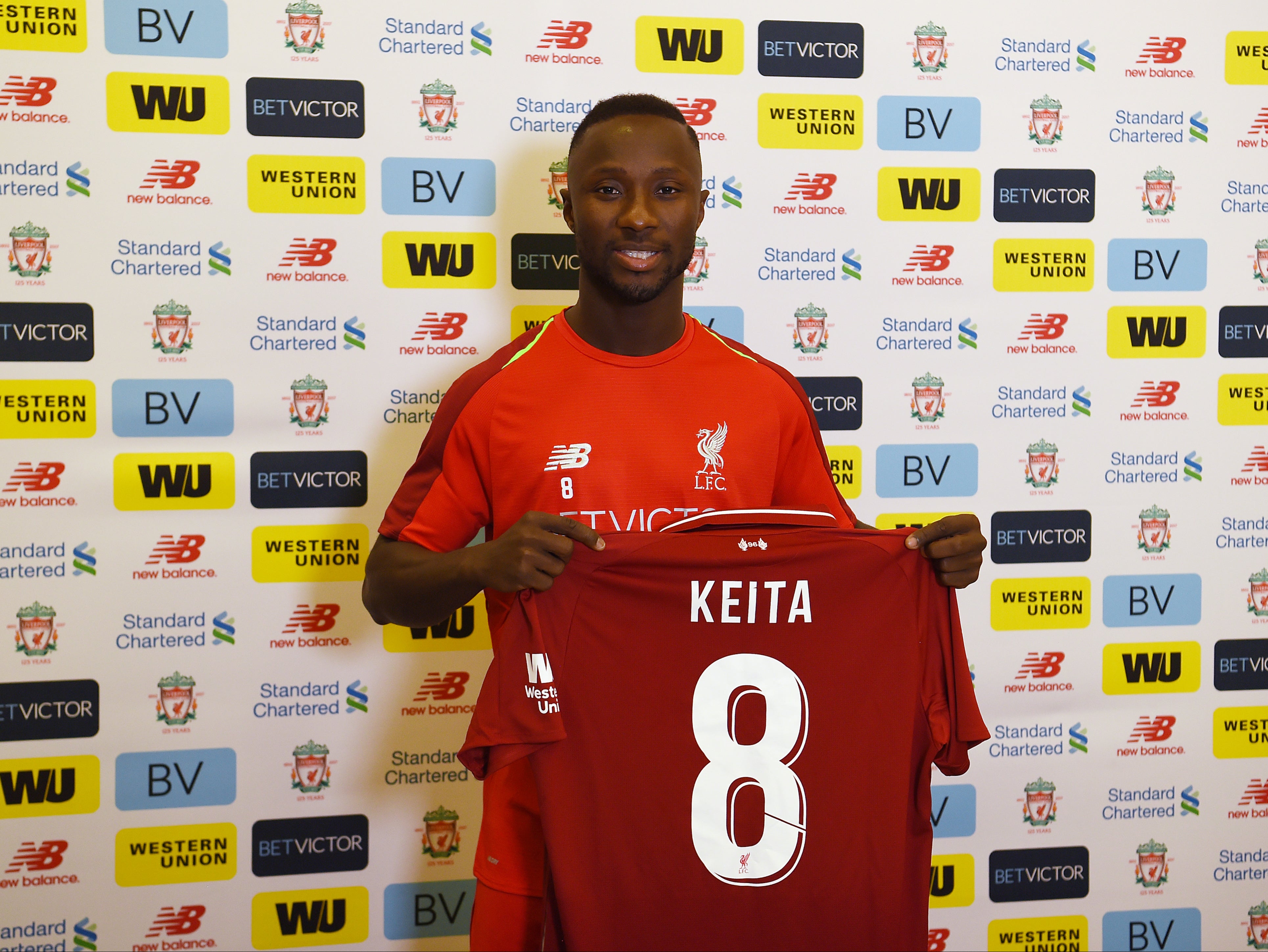 They also continue to be useful largely because Red Bull’s Rangnick-inspired identity has sustained even in the aftermath of his 2019 departure, ensuring their players remain a perfect fit for Klopp’s all-action style of play.

This suitability often shows up in the data studied by the club’s recruitment staff, though they have taken great care to weight against Salzburg players in recent years given their dominance of the Austrian Bundesliga.

Still, not all risk can be mitigated, as has been proven in the case of Minamino, whose impact has been limited since his arrival in the January window of 2019 and who spent the latter half of last season on loan at Southampton.

Liverpool would argue that that they ultimately stand to make a hefty profit on the £7.25m release clause they triggered in bringing the Japanese to Anfield having lost little on the gamble of his signing.

But Edwards and co will certainly hope that their latest signing, Konate, represents more of a Mane than a Minamino, and that a poor recent injury record does not sustain to the extent that the unfortunate Keita’s has on Merseyside.

For Red Bull’s part, they will rightly consider a £35m profit on a player they signed for a nominal fee from Sochaux four years ago sensible business.

However, if they wish to continue using Liverpool to generate funds in the future, it is probably crucial that this latest agreement ends in success after mixed results thus far.