Manchester United have been put under a degree of pressure by Cristiano Ronaldo to kickstart their summer spending spree this summer. Frenkie de Jong is expected to be the Red Devils’ marquee signing of the window, and they remain calm about the situation despite extended talks.

After last season and Ralf Rangnick claiming that a complete reshuffle was required, many expected United to be the busiest team in the Premier League this summer. However, their ‘Big Six’ rivals have been far more active – bar Chelsea.

Signing a midfielder has been a priority for United for several seasons, and Erik ten Hag is keen to tackle the issue head-on by acquiring the services of Barcelona playmaker De Jong. However, despite the fact the deal is edging closer, Barca president Joan Laporta recently told the media that he would not be greenlighting a move this summer and, in fact, stand in the way of a transfer.

But, according to The Telegraph, United ‘remain relaxed about their pursuit’ of De Jong. The Netherlands international is their top target this summer and Ten Hag is keen to reunite with the 25-year-old, who he brought through the academy at Ajax and into the first team. 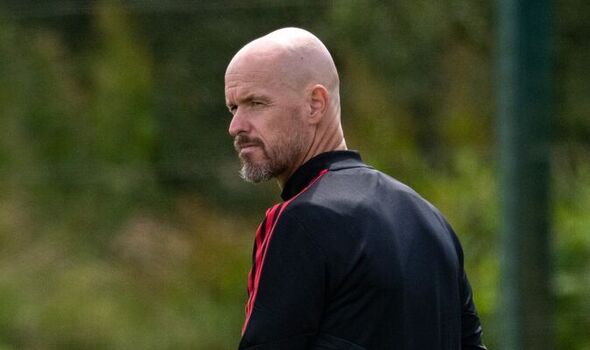 Of course, Laporta’s comments will strike fear into the hearts of United fans. Claims that the player is comfortable at Barca and does not want to leave will certainly leave many pondering why the club is pursuing a player unsold on their project, but this does not appear to be an issue for the Theatre of Dreams outfit.

Laporta had told the press: “There are clubs that want him (De Jong), not just United. We have no intention of selling him, he wants to stay. Frenkie is considered as one of the best midfielders in the world by all the experts. 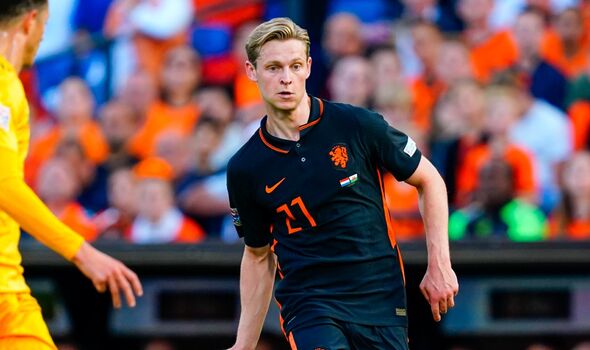 “We are happy to have him. I’m going to do everything I can in my power so that Frenkie stays here, but there’s also a salary issue and that would have to be adjusted.”

Finances have been an issue at the Camp Nou for the past few seasons, and it is hampering what business Xavi is able to complete ahead of next season due to certain constraints. Marca have reported that De Jong turning down the move to United and staying at Barca will cost the club £34.5million overall due to clauses in his contract, which could have a role to play in the decision-making of the Catalan club.