How Antonio Conte's Tottenham side could line up next season

Antonio Conte’s decision to remain with Tottenham Hotspur next season after a crunch meeting with Daniel Levy last month appears to have hailed in an out-of-the-ordinary outlay of funds from the Spurs board.

Willing to back the manager who got them Champions League football at the end of the season, Tottenham’s team is expected to look quite different at the outset of the 2022-23 campaign to how it did at the end of last season.

Conte demanded a refresh of the playing squad and it appears he has been granted his wish by the board, something they did not grant Mauricio Pochettino or Jose Mourinho. 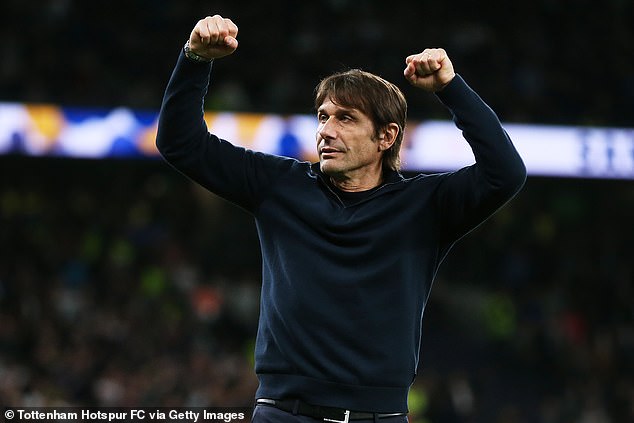 Fabio Paratici and Conte will go to work this summer on who suits this Spurs side best as they look to scale the heights of the league for the first time since the 1960s.

With Ivan Perisic already having been confirmed by the club, it emerged on Tuesday that Yves Bissouma is close to joining him. Negotiations for right back Djed Spence, who impressed on-loan for Nottingham Forest last season in their successful promotion bid, continue with his parent club Middlesborough.

With new signings expected to bed in with the existing players who got Spurs Champions League football, Sportsmail runs you through how Conte’s side could line up from August 6.

Conte’s title-winning sides, be it at Juventus, Chelsea or, more recently, Inter Milan, have all been built on the foundation of a strong and settled backline.

Experience and a settled defence is key to the Conte mantra, and that can be expected next season at Spurs.

Conte settled on the back three of Cristian Romero, Eric Dier and Ben Davies last season and it performed admirably for him. Spurs only conceded eight goals in their final 10 games of the season to pip local rivals Arsenal to fourth spot.

However, the place of Davies could be under threat as Spurs chase the Italy international Alessandro Bastoni. 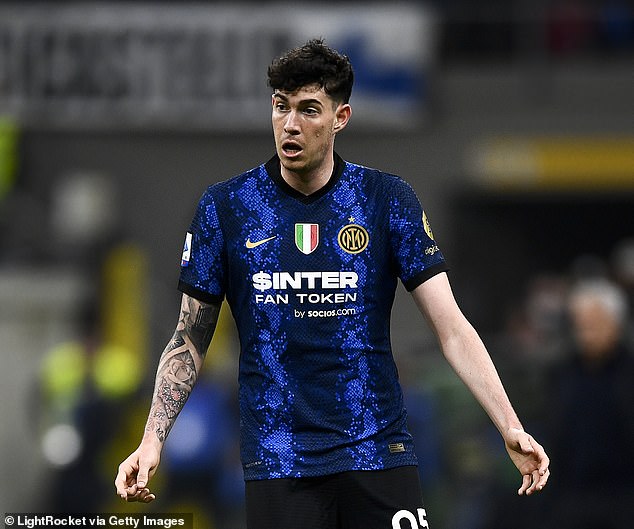 The 23-year-old is considered a top target by Spurs and he is a player known to Conte from his time with Inter Milan.

Bastoni would be expected to slot in on the left side of the three-man defence, with Dier in the middle and Romero commanding things from the right-hand side.

Spurs would be expected to try and hold onto Davies who would offer suitable cover both in the back-three and also in the wing-back role on the left.

It is unlikely Fraser Forster, another Tottenham acquisition this summer, will challenge Hugo Lloris for the starting goalkeepers’ spot. 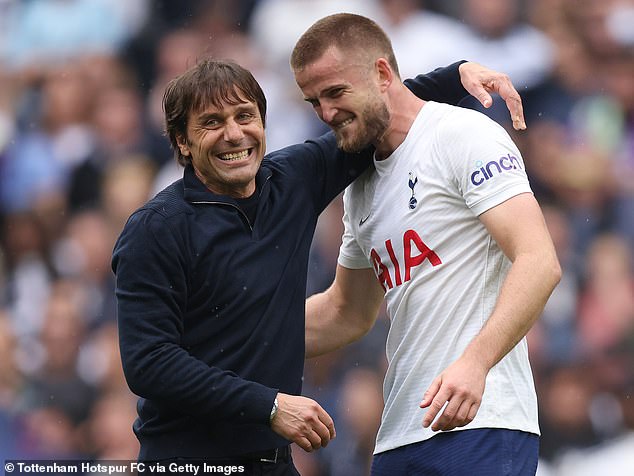 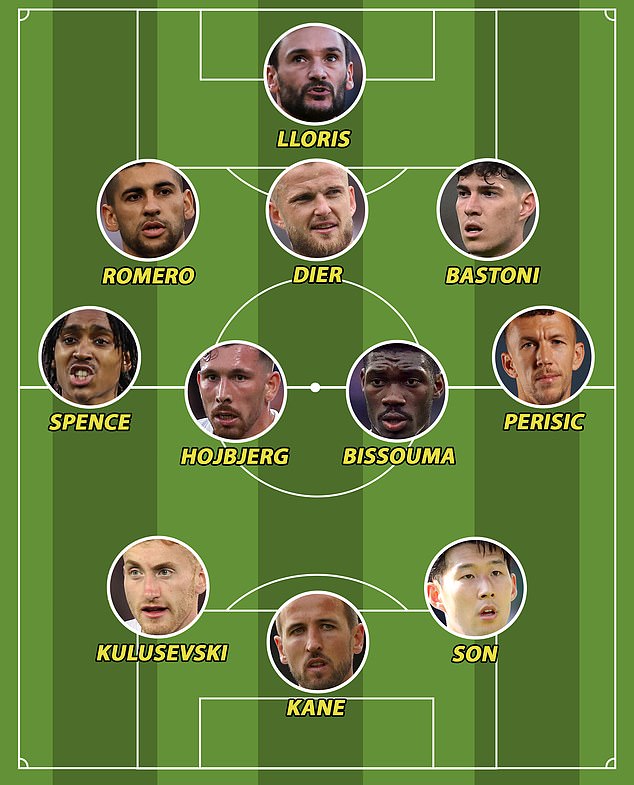 A lot of time has been spent by pundits and Spurs fans alike bemoaning the lack of improvements to their midfield over the past couple of years.

Pochettino was known to have asked Levy a number of times for reinforcements in the area, with the Tottenham chairman refusing to bend to his former manager’s requests.

However, Conte appears to have been granted his wishes in the area with Spurs looking to sign a number of reinforcements. 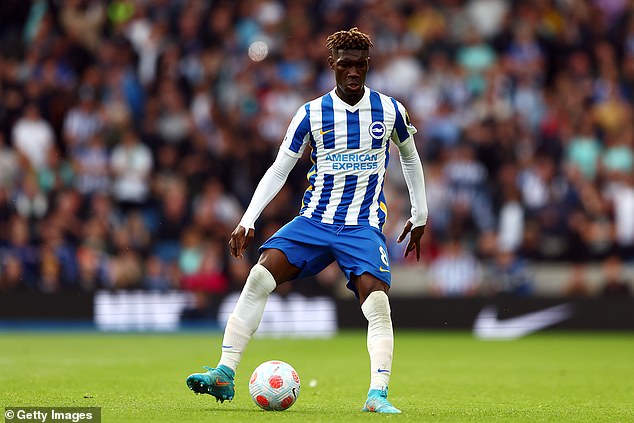 Key to the Italian’s style of play are his wing-backs, which are expected to be as adept going forward as they are going back to their own goal. Tottenham moving quickly to secure their star manager players in those positions is therefore no surprise.

At Chelsea, Victor Moses and Marcos Alonso performed that task admirably in Conte’s title-winning 16/17 campaign. Meanwhile, at Inter Milan Perisic and Achraf Hakimi were key to their Scudetto win in the 2020-21 season.

Perisic was turned into a competent left-wing back by Conte himself so it was no surprise that Spurs made him their first acquisition of the summer. 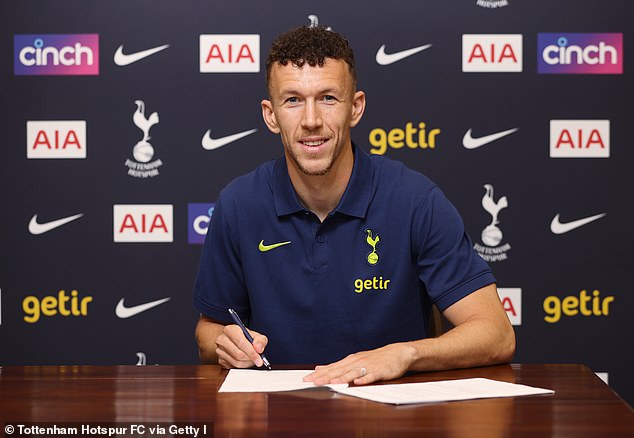 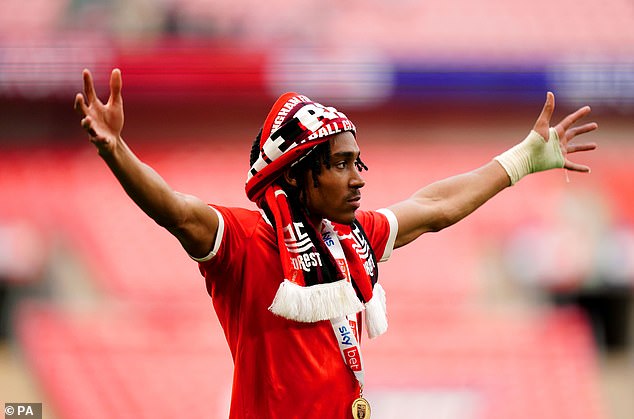 Meanwhile, on the right Spence, who played so well there for Steve Cooper’s Forest side, appears to be close to a move to north London from Middlesborough.

In the middle, Pierre Emile-Hojbjerg impressed Conte from his arrival at Spurs following the sacking of Nuno Espirito Santo. He is likely to keep his place in the side next season as Spurs will look to kick on to bigger and better things.

However, it appears Spurs will look to secure him a new partner with the impending arrival of Bissouma.

Again, looking at evidence from his time at Chelsea, Conte tends to like two ‘destroyer’-types in the middle. That could spell trouble for Rodrigo Bentancur, who might have to play his way back into the starting XI. 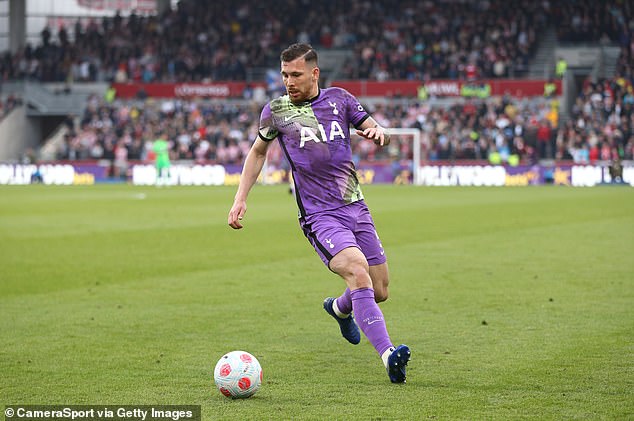 For all the talk of Conte’s revolutionising of Spurs’ back-line, in truth it was the stunning forward line that carried them over the line to the top four.

The crucial win away at Manchester City was won only through the majesty of Dejan Kulusevski, Son Heung-min and Harry Kane.

Meanwhile, the crucial 3-0 win at home to Arsenal that in effect secured Tottenham of their top four berth saw that front three run the Arsenal backline ragged. 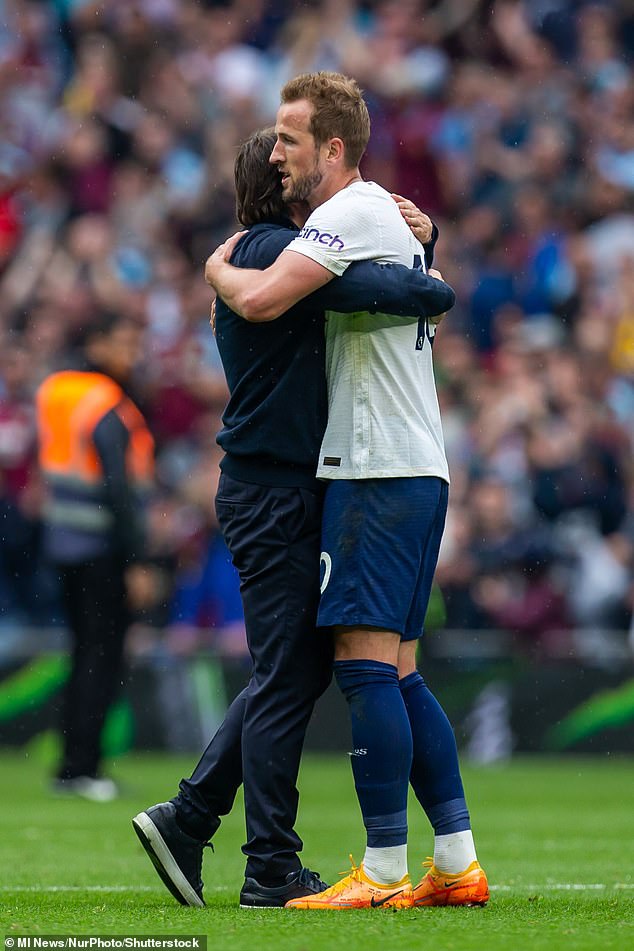 Son’s 23 goals meant that he shared the golden boot with Mohamed Salah, while Kane’s fortunes turned a corner after the arrival of Conte in November 2021.

Tottenham’s talismanic figure, Kane, had only scored four times in the league prior to Christmas. That was followed by 13 goals in the new year.

The arrival of Kulusevski, on an 18-month loan deal from Juventus with an obligation to buy at the end of the season season, also hailed in a new and exciting era for the Spurs frontline. 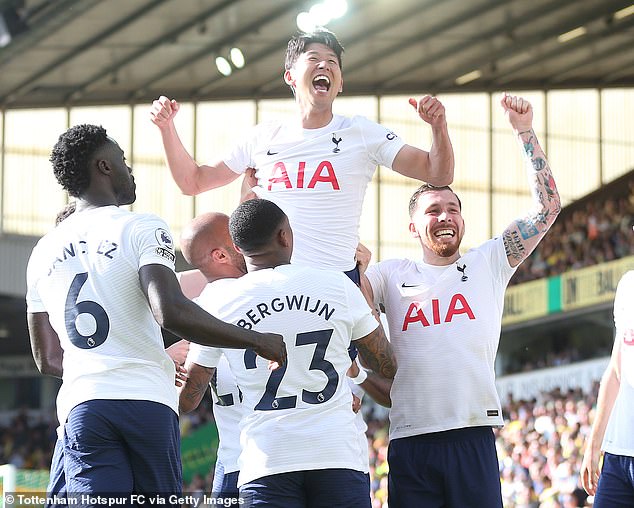 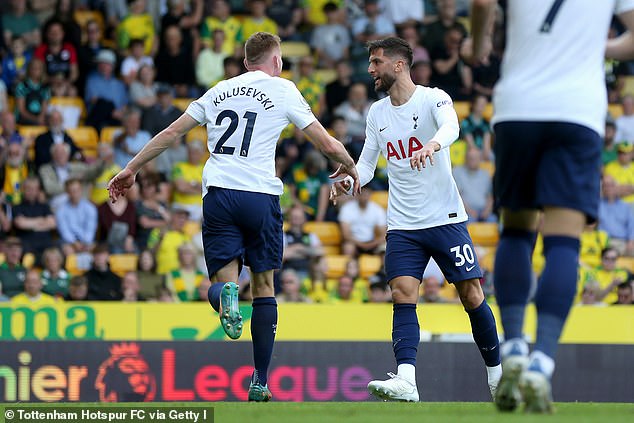 He immediately bedded in successfully alongside Son and Kane, with notable performances including against Manchester City and Newcastle United.

Such was the impressiveness of the performances of the three players in the last few months of the season, it would be a real shock were Tottenham to look to fresh that area of their team. 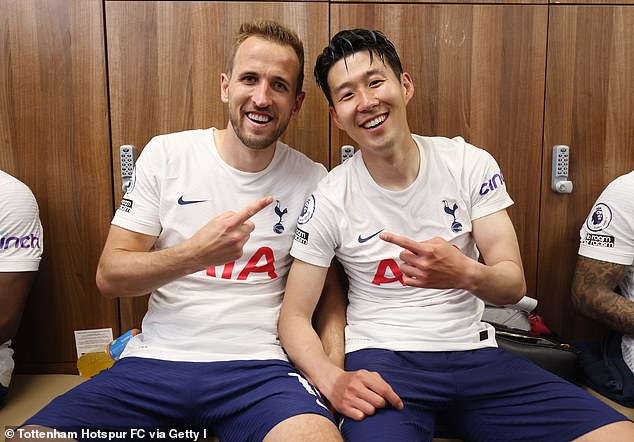