Holland boss bigs up the Lionesses' chances at this summer's Euros

‘I think England will be favourites in the Euros’: Holland boss Mark Parsons bigs up the Lionesses’ chances at this summer’s home tournament with Sarina Wiegman also admitting that her side are one of the most fancied going into the competition next month

Sarina Wiegman has done her best to play down England’s chances of winning the Euros this summer, but she was forced to admit they are one of the favourites after a 5-1 victory against the Netherlands.

Wiegman knows how to manage the pressures of a home tournament after guiding the Dutch to victory in 2017, but Friday night’s huge win over the reigning champions will have done little to temper fans’ expectations.

Netherlands boss Mark Parsons made a point of labelling the Lionesses as the front-runners, though the English-born coach perhaps wanted to take some of the heat off his Dutch side who looked worryingly tired as they conceded four second half goals. 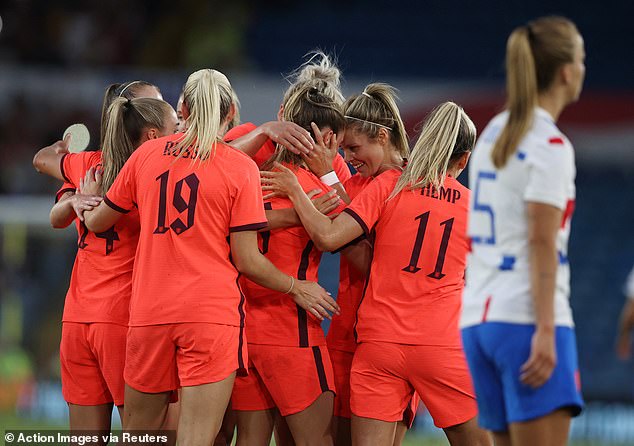 ‘I think England will be favourites in the Euros with where they are at, the quality of players, the home crowd and the resources the WSL has been putting in,’ Parsons said. ‘With the work the clubs have been doing, when you add that up it’s very hard to see them not as favourites.

‘I think opponents watching the last 30 minutes will be very worried. They have a top, top coach who has been there and won it.

‘I left England 11 years ago and at that point it felt like giving women’s football what they deserved was a responsibility and now they are looking at it as an opportunity to develop world-class players and to make money. Now it’s an investment. 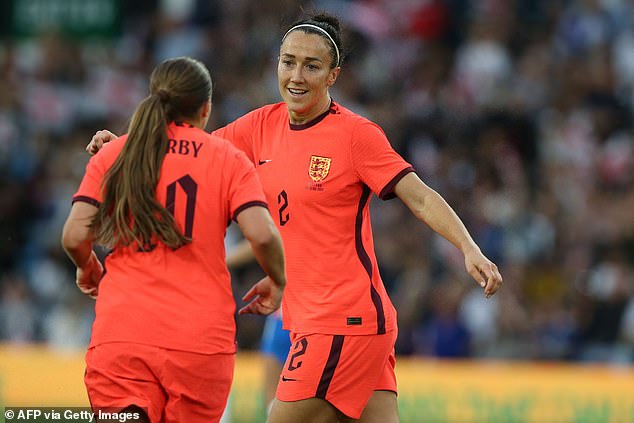 ‘The WSL has led the way in financial investment. It’s all adding up which is what this is all about. We’re trying to do important and good work in the Netherlands but the WSL are leading the way. It’s paying off for the country and the national team. England are a fun team, a great team and we will be much more prepared the next time we face them.’

That England scored five goals without Ellen White is encouraging for Wiegman. White tested positive for Covid-19 on Wednesday and it is doubtful whether she will be able to join her team-mates for their final warm-up game in Switzerland next week. It leaves Wiegman sweating over the fitness of her star striker ahead of the opening game against Austria on July 6.

‘We hope [she can go to Switzerland]. She’s not with the group yet, she needs to test negative of course.

‘She wasn’t great, so we’ll just see how it goes. She’s not really ill either, she couldn’t join now. I really hope, and she hopes too, that she can join the team soon.’

White’s potential absence gives Beth England and Alessia Russo a chance to stake a claim for a starting spot. Chelsea striker England started against the Netherlands but was replaced by the energetic Russo just after the hour mark. The Manchester United youngster hit the bar in the closing minutes and perhaps did more to convince Wiegman she can be the first reserve for the Lionesses’ record goalscorer. 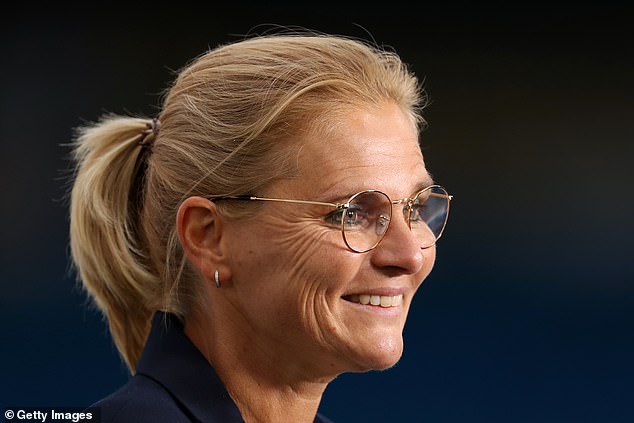