Hatters confirm return to the Football League after 11-year exile

Stockport County 2-0 Halifax: Hatters confirm return to the Football League after 11-year exile having been outside of the play-off places when promotion specialist Dave Challinor took over in November

It was around 4.15pm that Stockport County’s fans could really start to celebrate. That was the moment when Will Collar pounced on a loose ball to put them 2-0 up against Halifax, and on the way to ending an 11-year exile from the Football League.

Stockport had only needed a point from their final match of the season to secure the National League title, but nerves had frayed over the past month. Rivals Wrexham had hit form just as Dave Challinor’s men had stumbled. A run of four defeats in six games, culminating in a 3-0 defeat at the Racecourse Ground a week ago, had seen an 11-point lead shrink.

A midweek win over Torquay had eased the pressure; an early Paddy Madden goal against Halifax was just what was needed to ease some of the final-day jitters, before Collar finished the job. 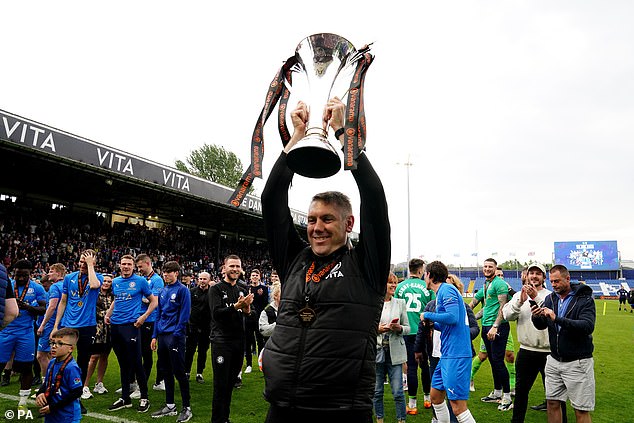 For Challinor, it was a sixth non-league promotion in 12 seasons as a manager, spread across four clubs. This success must have brought immense satisfaction for a man who only took over in November with the club languishing outside the play-off places.

And as it turned out, the final day went just about as smoothly as it possibly could have done for Challinor. Madden, signed from League One Fleetwood last summer, struck in the 10th minute when he took on Collar’s pass and drove his 25th goal of the season low into the net. The home support, boisterous at kick-off, roared their approval.

A second goal at that point would have started a party, and it almost came as Madden controlled a loose ball after Halifax goalkeeper Sam Johnson had flapped at an Antoni Sarcevic corner, only to see his rising strike bounce out off the bar. 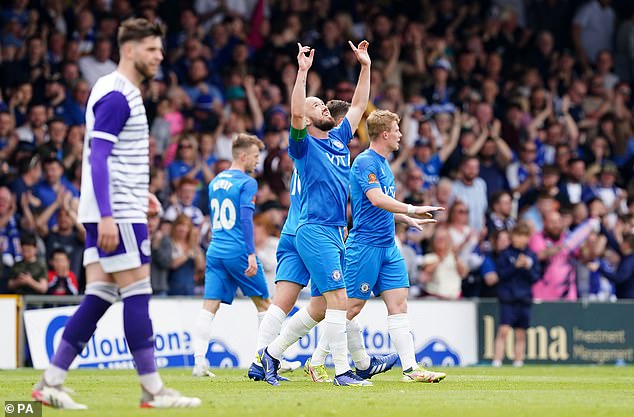 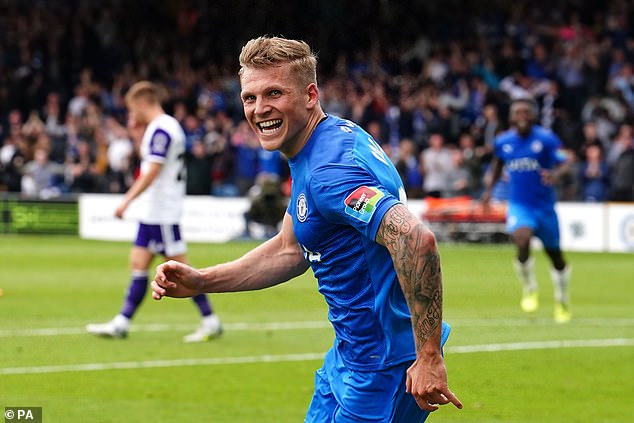 There was the odd nervous moment to survive after that against a Halifax side who were already certain of a play-off place, and were hoping to snatch a top-three spot to secure a home semi-final.

They should have drawn level when Stockport centre-back Jordan Keane stumbled when dealing with a long ball from Johnson, allowing Halifax’s 20-goal top scorer Billy Waters to run through – but he steered his shot wide.

Just before half-time, Stockport’s fans began celebrating prematurely, at false reports of rivals Wrexham going a goal behind at Dagenham and Redbridge.

Ten minutes into the second half, all thoughts of events at Victoria Road were rendered more or less irrelevant, as Johnson parried Andy Cannon’s shot and Collar swept in the loose ball. At that moment, Dagenham and Redbridge actually did score, and were on their way to beating Wrexham. But Stockport, in the end, had got the job done themselves. At full-time, their fans raced on to the pitch, and the party that had been building for more than half-an-hour hit full swing. 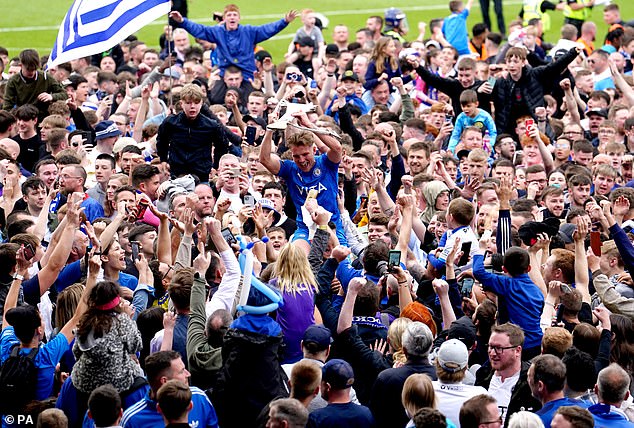 Man of the match: Will Collar (Stockport)