Those in the camp of Harry Maguire reportedly feel that he has been let down by the players and staff at Manchester United. The central defender has hardly featured for the club this season after an alarming dip in form prompting Erik ten Hag to drop him to the bench.

Maguire has been heavily criticised since joining United in 2019 for £80million from Leicester City, with many feeling that the defender has failed to live up to the expectations that his almighty price tag provided. Following another shaky start to the campaign, Ten Hag has taken the decision to reshape his defence at the expense of the 29-year-old.

Raphael Varane and Lisandro Martinez have formed United’s centre-back partnership of late, and it has coincided with a good run of form by the Old Trafford outfit. However, according to ESPN, United’s camp feel that the England international is not solely to blame for his displays.

They are reportedly told: “Harry hasn’t had a good 12 months, but he hasn’t been helped by those around him – coaches or players – so it’s inevitable that his confidence and form have suffered.” 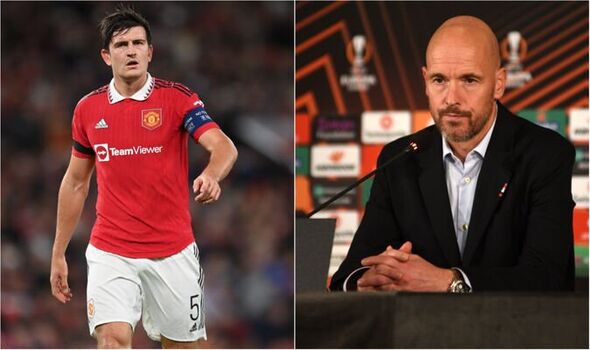 The spokesperson of the camp also went on to blame the communication barrier between himself and goalkeeper David De Gea, as well as the shot-stopper’s desire to remain on his goal line rather than being more proactive and embodying a sweeper-like role. Thus, Martinez coming into central defence has squashed that issue as the Argentine is Spanish speaking and vocal to his teammates about how they must play.

Martinez was one of Ten Hag’s top targets when it was announced that he was United boss, working with the Argentine at Ajax previously. The 24-year-old arrived as a versatile asset given that he can play as a left-back or central midfielder as well as in centre-back, though his newfound partnership with Varane looks too strong to tinker with currently.