Harry Maguire has revealed his ankle injury is “improving and getting better” as he fights to be fit for England’s European Championship campaign.

The 28-year-old central defender has been sidelined since picking up the knock during Manchester United’s Premier League win at Aston Villa on May 9.

He missed United’s defeat to Villarreal in the Europa League final last week and England boss Gareth Southgate has admitted it will be a “tight” call on whether Maguire can be involved at Euro 2020, with the Three Lions kicking off their group games against Croatia on June 13.

Despite his end-of-season absence, Maguire was included in the final 26-man squad for the tournament and he is concentrating on getting back to full fitness “as soon as possible”.

“The fear that I had was missing everything,” he told The Sun.

“I knew it was quite a bad injury. When I got the results of the scan, I knew it would be unlikely I would make the Europa League final – but we also never ruled it out.

“I would jump out of bed and put weight on my ankle, which I probably should not have done, and test it to see if the pain was still there. Every morning I woke up wishing the pain would be gone. Unfortunately, it was not to be.

“I knew for me to start the Europa League final was very unlikely but I hoped to play some part. However, it was out of reach and just not possible. Ahead of the final, I could still not run on the ankle. But it is now improving and getting better, so I am just looking forward to the Euros. 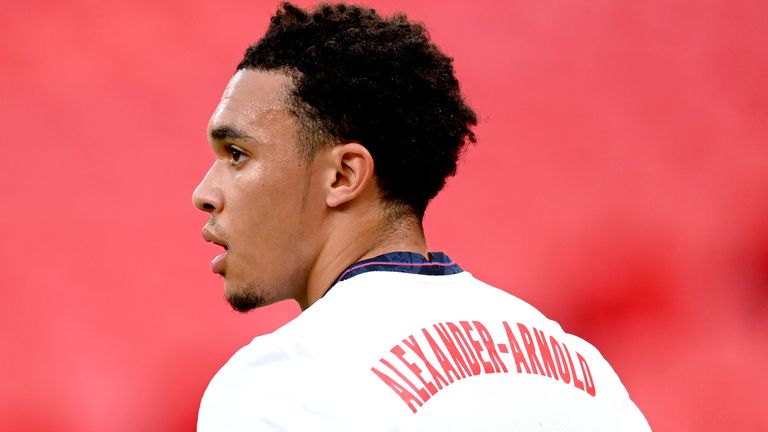 Gareth Southgate has picked his final 26-man squad for Euro 2020, with Trent Alexander-Arnold’s inclusion a headline decision from the England boss.

Southgate had named a 33-man provisional squad last week as he waited on several key players nursing injuries but seven players were cut on UEFA’s squad deadline day of June 1.

From Southgate’s plethora of right-backs to Jesse Lingard and James Ward-Prowse’s omission, we dissect the big talking points as England’s preparations can begin in earnest for Croatia on June 13…