Harry Kane continues to yearn for the biggest prizes in football and it is becoming increasingly clear that time is running out at Tottenham. The transfer window could provide a solution for all parties involved.

Manchester City could be the major benefactors from Kane’s latest comments, leaving Manchester United scrambling for a pathway to his heart.

The England striker turns 28 this summer and has yet to win a single trophy.

There have been personal accolades, but this pale in comparison to actually lifting a piece of silverware in front of hordes or roaring fans.

It is Kane’s dream to do so with his boyhood club Tottenham – where he come up through the ranks and will go down a legend, no matter what. 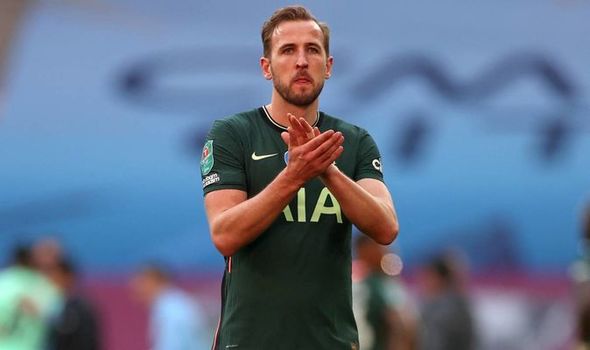 “Individual awards are great, they are fantastic achievements,” he said.

“When I look back at the end of my career, these are the things I will go over and take in more but the goal right now as a player is to win team trophies. I want to be winning the biggest prizes there is to offer and we are not quite doing that.

“It is bittersweet, I would rather be winning team trophies and this one but it is what it is.

“I am proud to win it, it means it’s been a good season on the pitch. So I have got to try and continue what I am doing.”

Kane was most recently on the losing side as City triumphed over them in the Carabao Cup, suffering another final defeat like in 2019 in the Champions League vs Liverpool and 2015 against Chelsea in the Carabao Cup once more.

There are only so many punches a man can take before he cannot take anymore and as the old saying goes – if you cannot beat them, join them.

That must be in Kane’s mind this summer as City look to hoover up as many trophies as possible.

And with Sergio Aguero on his way out – what better replacement that Kane? The damage he would do in this City side is terrifying to think about. 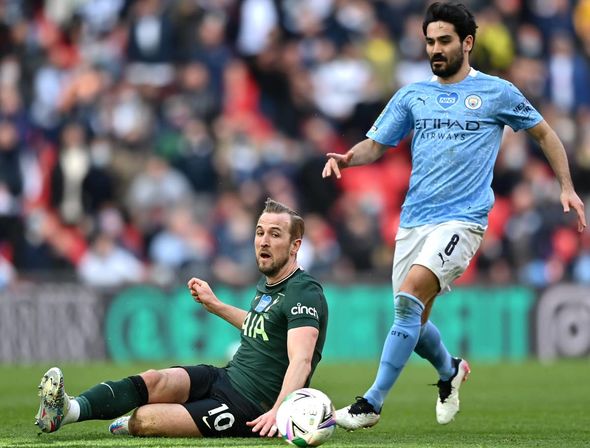 The same cannot be said about their local rivals, United, however – are they really any closer to claiming the Premier League title than their competitors?

The Red Devils sit pretty in second-place, of course, but are 10 points behind Guardiola’s men while Kane would be best suited to City’s play, dropping back and spraying passes as well as getting on the end of those dangerous low crosses that Premier League teams cannot defend.

Kane said: “We still have a way to go before we can reach that level of City and those teams at the top of the league. We’ve got to keep working hard, learn from it and try and finish the season strongly.”

After 331 appearances and 219 goals and 0 trophies – it might just be time for Kane to call it a day in north London and let the City lights draw him in.