Tottenham striker Harry Kane has chosen Premier League champions Manchester City as the club he wants to join, according to reports. The England captain wants to leave White Hart Lane this summer and has been enticed by Pep Guardiola’s trophy-laden four years at City.

Kane’s Spurs future has been in doubt over the last 18 months, with Spurs’ failure to win titles key to the 27-year-old’s desire to move on.

Tottenham and Kane twice came close to winning the Premier League under former boss Mauricio Pochettino, first in 2016 and then in 2017. They were first pipped by Leicester City after Spurs finished the season poorly, eventually finishing third, before they came second to Chelsea the year after.

There was a Champions League final defeat by Liverpool in 2019 while, two League Cup final defeats, in 2015 and last month, have also enhanced Kane’s wish to leave.

There are few clubs in world football who could finance a deal well in excess of £100million for the striker, who is also understood to earn £200,000 per week. 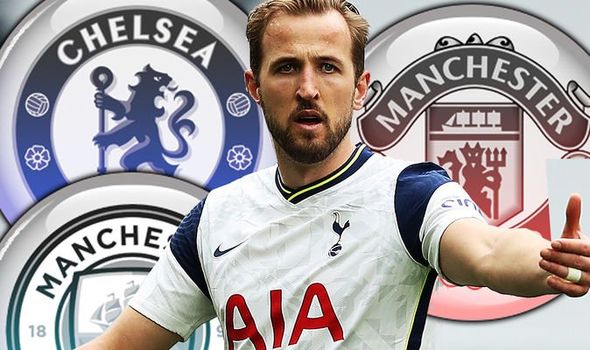 City, Manchester United, Chelsea and Paris Saint-Germain have all been credited with interest and are among the clubs who could probably afford Kane this summer.

Tottenham are reportedly unwilling to sell to a Premier League rival and hold most of the power given that half of a six-year deal Kane signed remains.

But Kane is believed to think that he has a gentleman’s agreement with Spurs that he will be allowed to depart this year after City had advances blocked last summer.

The Premier League champions, who recently secured a third title in four years, have put themselves ahead of their rivals by holding secret talks over a deal, according to the Mirror.

Kane is keen on the move and would be a direct replacement for Sergio Aguero, who will leave when his contract expires next month. He also wants his future resolved before he joins the England camp ahead of Euro 2020.

Tottenham interim boss Ryan Mason has denied any knowledge that his star striker wants to quit. Spurs host Aston Villa on Wednesday before finishing their season at Leicester on Sunday.

“No, not that I’m aware of,” Mason said on Tuesday when asked if Kane, who has scored 32 times in all competitions this season, had asked to leave. 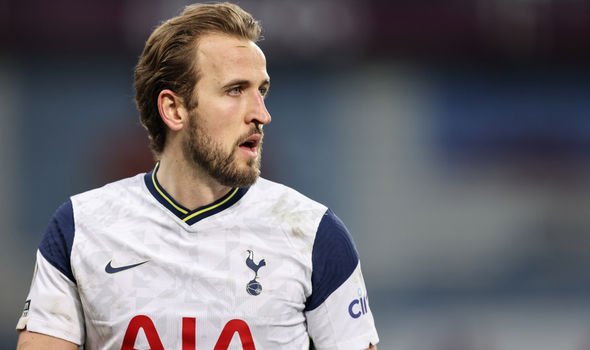 “All this speculation, I’m not sure. All of my conversations I’ve had with H have been about the game the other day and also preparing for the game tomorrow. So no, I don’t know.

“It’s a home game in the Premier League, and we know the importance of it. We’re looking forward to tomorrow.”

City boss Guardiola infamously dubbed Spurs the “Harry Kane team” in 2017 and has continued to speak glowingly about him. 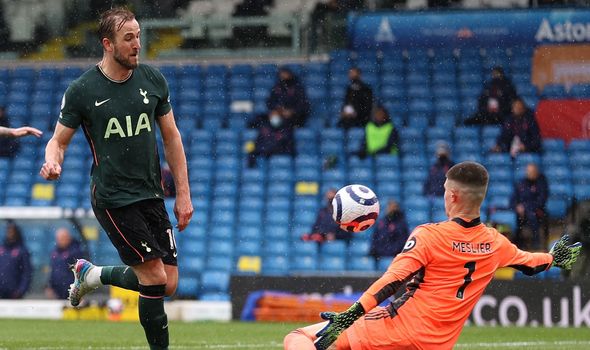 Prior to a Champions League quarter-final between City and Spurs in 2019, which the latter won on away goals en route to the final, Guardiola said: “I have said a thousand times since I came here in England about them but of course Harry Kane… who can deny [his importance]?

“He is the No 9 for the international team, he is an incredible striker and he has everything, right, left, movements, he keeps the ball and sets up the ball.

“He is intelligent and when he is in the box he does everything. He is a modern striker but of course it is not just Harry Kane in Tottenham, we know and we knew it even if people didn’t believe me.”

However, last month Guardiola said that his side adding a new striker to replace the departing Aguero would be unlikely.

“With the economy in world football now, there’s more chance we are not going to sign a striker this summer,” the Spaniard said.

“With current prices, we are not going to buy any striker. It’s impossible, we cannot afford. All clubs struggling financially, us as well.”