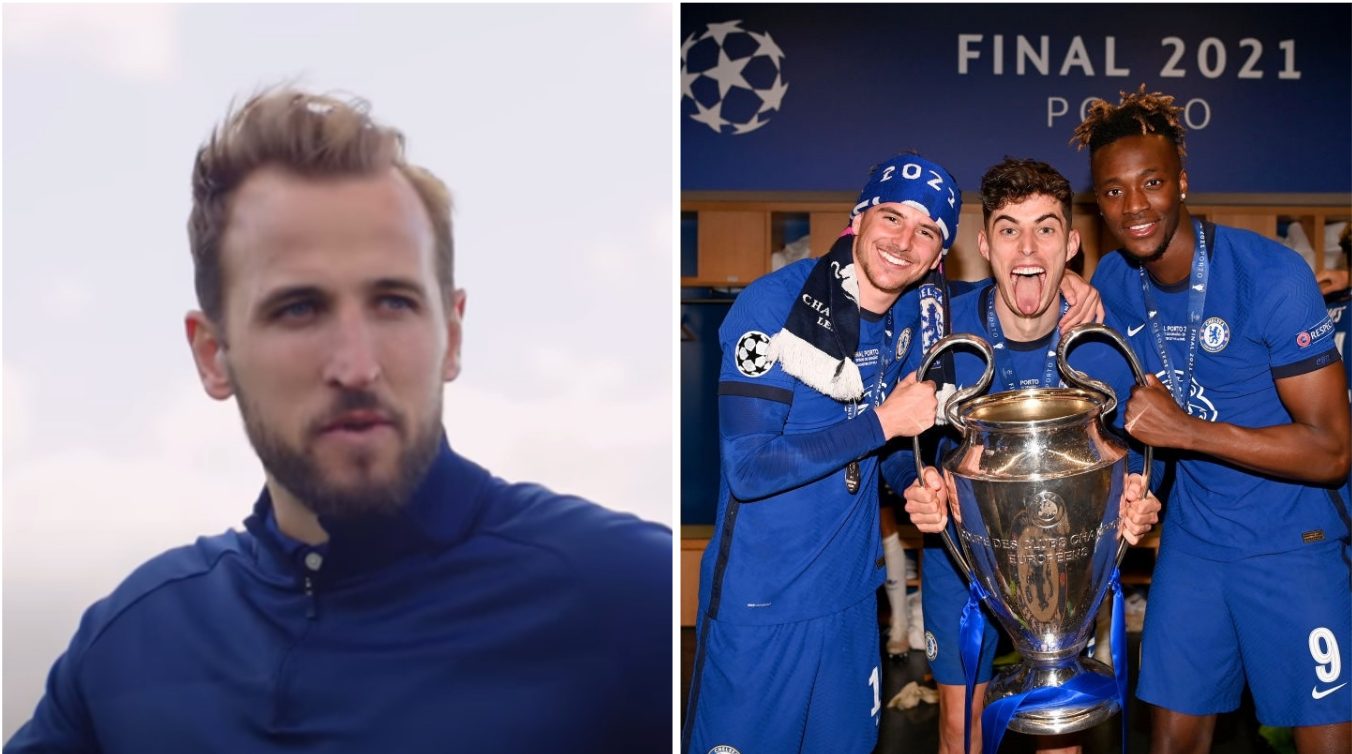 Mount has enjoyed another brilliant campaign at Stamford Bridge, helping the Blues finish fourth in the Premier League and win their second Champions League title.

Despite his impressive progress in west London, Mount still had his critics at the start of the season and Kane is delighted his England teammate has emphatically silenced them during the 2020-21 campaign.

‘I love Mason as a player,’ Kane told The Overlap. ‘Everyone is talking about him now, but there was a couple of questions marks over him and whether he should be playing ahead of some other players.

‘But he’s been great, he’s so good on the ball and he’s a real nuisance off the ball. With the way we want to play and press and win the ball back with England, it suits us perfectly.

‘He’s a really level-headed guy, he works so hard. He’s quiet but he’s not afraid to talk on the pitch. I’m glad he’s doing what he’s doing and proving a lot of people wrong.’

England captain Kane has also praised a player who could be heading to Chelsea this summer: West Ham star Rice.

Former Blues boss Frank Lampard was keen to bring Rice to Stamford Bridge last summer and his replacement Tuchel is also a fan of the 22-year-old.

‘I feel with Dec, he’s definitely progressed over the past year or so,’ Kane added. ‘You can see his stature and the way he goes about his business.

‘He’s getting more confident. He’s been with us [England] for a while now and just around the place and on the pitch, he’s vocal, he pulls players here and there.

‘That’s a really good part of his game. He can easily be a centre back the way he reads the game and sweeps up. He’s a fantastic player.’