England’s Euro 2020 preparations are underway! Harry Kane, Jadon Sancho and Jesse Lingard all train as Three Lions hold their first session in Middlesbrough – as Gareth Southgate takes a look at most of his 33-man squad ahead of cutting it down to 26

Gareth Southgate’s England squad were seen training for the first time during a pre-European Championships training camp over the weekend in Middlesbrough.

The vast majority of the Three Lions squad arrived at the luxury five-star Rockliffe Hotel on Saturday afternoon, with the players involved in European finals this week not joining up in the north east.

Southgate will cut down his 33-man training camp to just 26 players on Tuesday, meaning this was a great opportunity for players to impress the coaching staff ahead of the major decision. 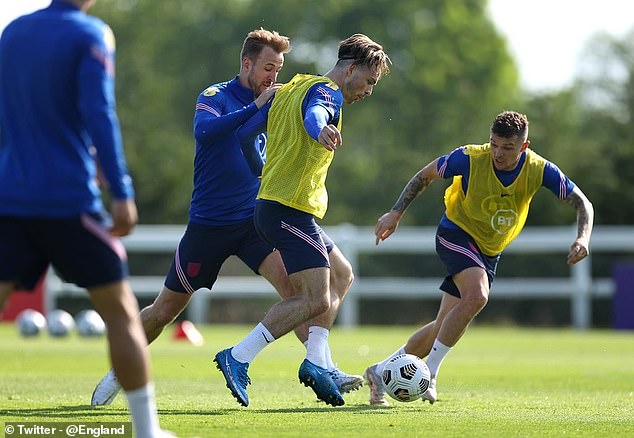 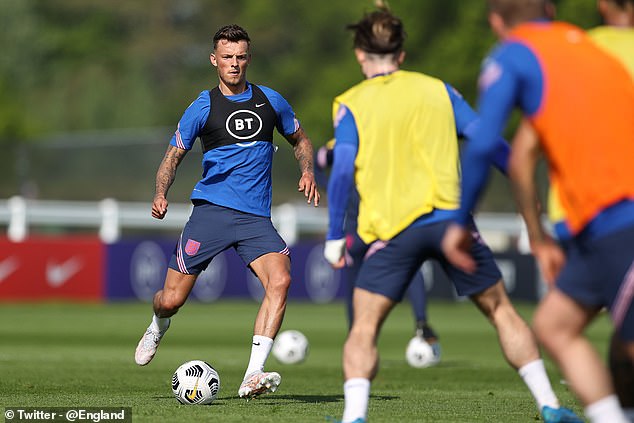 It was a first England senior squad training session for Ben White, Aaron Ramsdale and Ben Godfrey – with all three named in Southgate’s squad for the first time earlier this month.

Meanwhile, Liverpool captain Jordan Henderson stepped up his return to fitness by taking part in some gym work at the Middlesbrough complex.

The midfielder has not played any first-team action since the Merseyside Derby on February 20, so will be aiming to prove his fitness in time for Southgate’s crunch cull on Tuesday.

Henderson’s Reds team-mate Trent Alexander-Arnold was also back on the training pitch as he tries to prove to Southgate that he should not be left behind. 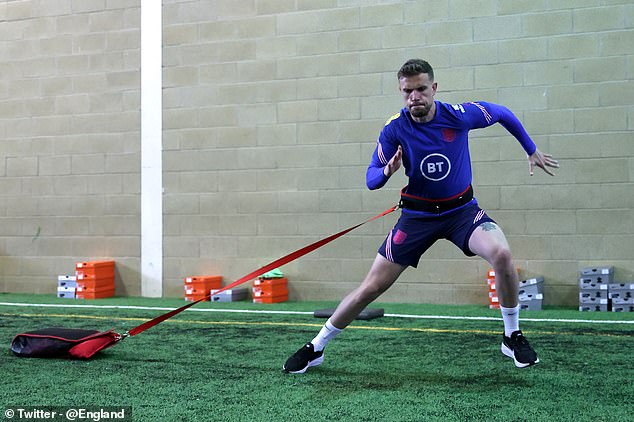 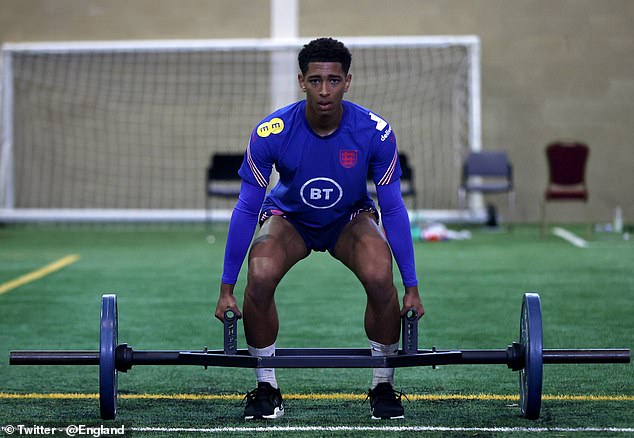 Jack Grealish was also on the training pitch having recovered in time from a long-term shin injury to play in Aston Villa’s final Premier League matches of the season just finished.

Meanwhile, captain Harry Kane was also seen doing some ball-work with question marks still in the air regarding his future at Tottenham Hotspur. 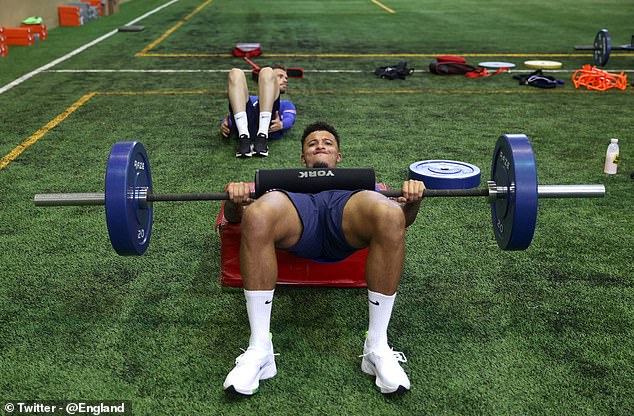 The 27-year-old has told Spurs he wants to leave the club to move on his career with the north Londoners failing to reach the Champions League once again this season.

Kane was seen wearing brand new boots with three golden boots on the side, paying tribute to the three Premier League top goalscorer accolades he has now won in his career.

Players involved with Chelsea, Manchester City and Manchester United’s European exploits this week are expected to join up with Southgate’s squad towards the beginning of next week. 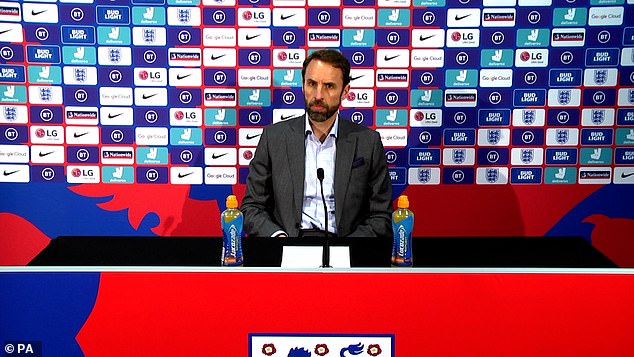 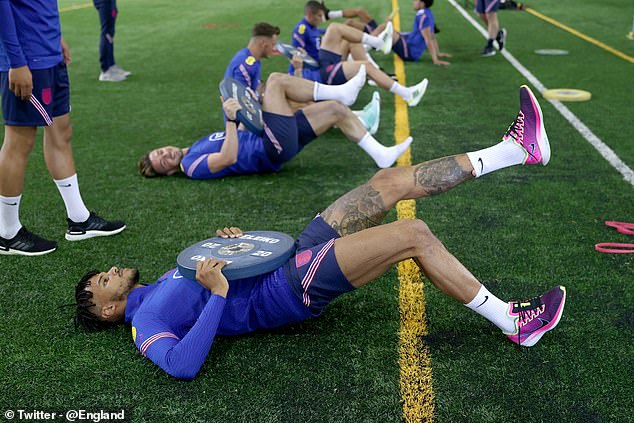 After cutting his squad down to 26, Southgate will then lead his England side into two pre-tournament friendlies taking place at the Riverside Stadium – against Austria and Romania.

Attention will then turn to the European Championships group stages, with the Three Lions’ opening game against Croatia taking place on June 13 at Wembley.

Southgate’s men will also face rivals Scotland on the evening of June 18 before taking on the Czech Republic four days later.