Pep Guardiola has delivered some home truths to his Manchester City side ahead of Saturday’s derby at Old Trafford.

Captain Ilkay Gundogan admitted the midweek Carabao Cup defeat by Southampton was a product of a ‘lack of attitude, confidence and commitment’.

And Guardiola, who counts Manchester United as title challengers, revealed he has held a mirror up to his squad in a bid to shake them from their funk. 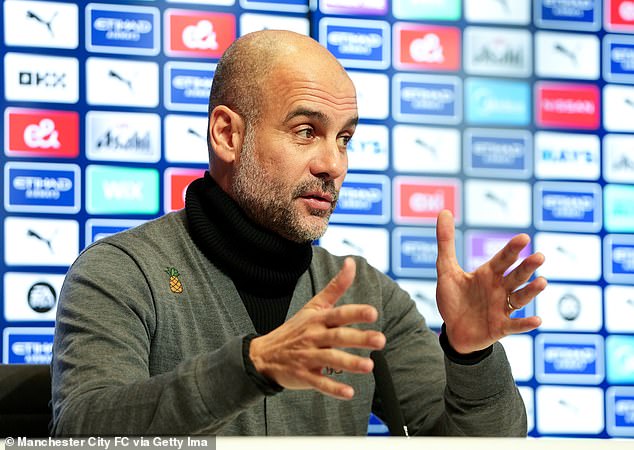 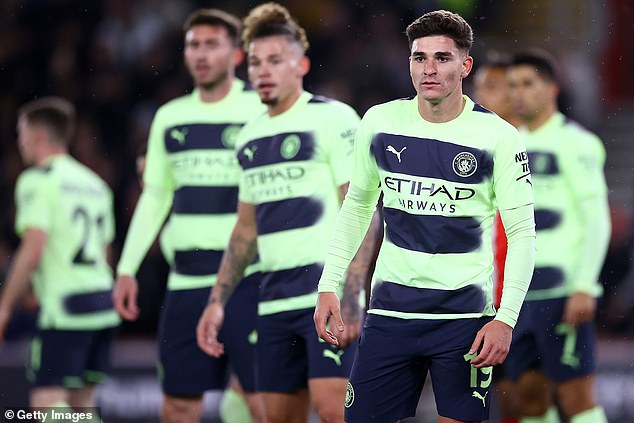 The manager also claimed he had reservations about the season as early as last summer as City, currently five points behind leaders Arsenal, embarked on a second consecutive title defence.

‘I’m the only person to tell them the truth,’ Guardiola said. ‘I did it this week. Sometimes not saying anything, they see my face, they know exactly the situation. Maybe they are not used to it because they are surrounded by people telling them how good they are.

‘I am the only person in their lives who can tell them exactly what the situation is. Absolutely I’m confident, I would never doubt them. That is impossible. But I have to tell them the truth.’

Guardiola feared a performance like the one at St Mary’s, where City did not have a shot on target, may present itself.

‘I was a little bit concerned at the beginning of the season that it could happen and unfortunately it happened,’ he said. ‘I don’t know if it will happen again but we will try to do it. The performance at Southampton I’ve never seen before. It happened. 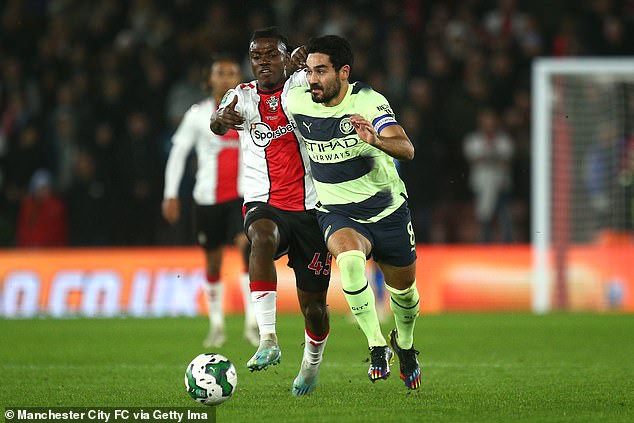 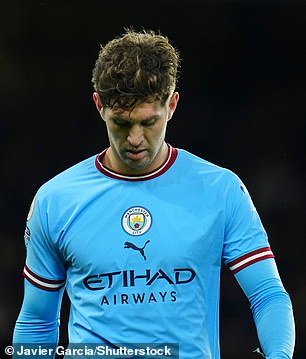 ‘You can say it’s one day, mistakes, it’s not allowed. We have an average, whether we win or lose, and it’s below this average.’

City are again without John Stones through injury, and fellow centre back Ruben Dias is only just returning from a month-long hamstring injury picked up with Portugal at the World Cup.

‘I don’t put an excuse for the World Cup,’ the Spanish manager added. ‘All the teams played the World Cup. Every season the teams in the Champions League and Europa League play the most minutes in the Premier League.

‘But if you don’t like it, go to teams who play one game a week. If you won in the past that way, you should do it now. The World Cup, come on, those are excuses at other places, not here. United are there.

‘From my experience, when you say title challengers, you have to see the way they are playing. When I see the way United are playing, why not? They’re playing good. The challenge for us is to prove ourselves again, if we are able to.’