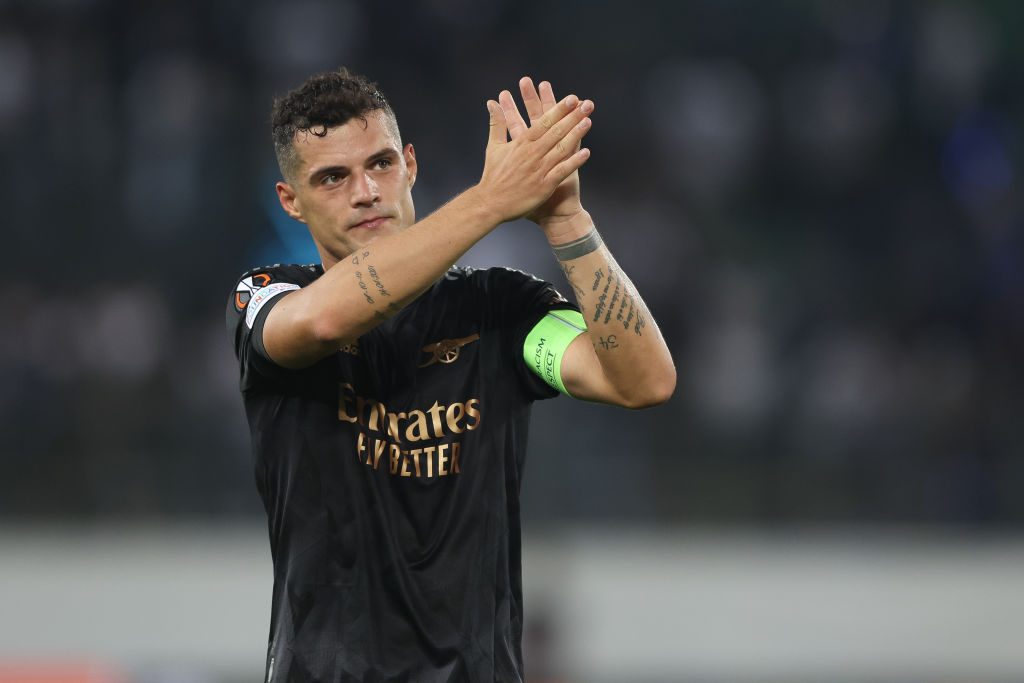 Granit Xhaka has thanked Arsenal supporters for a ‘very special day’ after he captained the Gunners to a 3-0 win against Brentford on Sunday.

Goals from William Saliba, Gabriel Jesus and Fabio Vieira at the Gtech Community Stadium sent Arsenal back to the top of the Premier League table as the international break begins.

With club captain Martin Odegaard out injured, Xhaka was handed the armband and performed brilliantly, setting up Jesus’ strike with a delightful chip into the box.

Arsenal fans serenaded the Swiss midfielder throughout and after the game, chanting his name – something that would have been unthinkable three years ago when Xhaka infamously threw his shirt on the ground upon getting jeered off by his own supporters in a home game against Crystal Palace.

Then-manager Unai Emery stripped him of the captaincy after the incident, and his Arsenal career looked over until Mikel Arteta arrived and convinced the player to stay at the Emirates.

Now, Xhaka is playing his best football much to the fans’ delight, and the 29-year-old took over Arsenal’s official Twitter account to post a message of thanks to the supporters after the Brentford match.

‘His willingness always to stay humble, to look forward and try to get better and when you do that, normally good things happen. I’m really pleased for him because in my opinion he really deserves it.’